He is only 25, and already he has recorded five albums and two EPs, with five different bands; established himself as one of the busiest and hardest working musicians in Galway city; and in the last 12 months set up his own business, creating customised drumkits.

All this, and he somehow manages to find time to study mechanical engineering at NUI Galway. His name is Mosey Byrne, and he hails from Killybegs, on Donegal’s south coast, but he is very much part and parcel of Galway’s diverse cultural scene.

Mosey was born Marc Byrne, and to this day the origin of his nickname remains a mystery. “It’s a name that runs through the family,” Mosey tells me during our Wednesday afternoon conversation. “Dad got the nickname at 12, but he can’t remember how he was given it - his name’s Kevin. My older brother is also Mosey, and since I was 10-years-old I’ve been Mosey as well. Nobody knows what it means. My name is Marc. I like to think my parents had foresight in spelling Marc with a C and not a K. I’m small and round, like a C, not tall and skinny like a K!”

Mosey came to drumming via a somewhat circuitous route, and a little matter of not getting what he wanted for Christmas. “I asked for a drum kit when I still believed in Santa but never got one,” he says. “Then, the following year there was a drum set under the tree, but it wasn’t for me, it was for my sister, who’s three years younger than me. I adopted them though when she lost interest.”

In his mid-teens Mosey began taking the drums “very seriously” and was by this stage getting lessons, but his career in bands began when he moved to Galway, and ended up living in a house with “a group of lads from Buncrana”. Among them was the singer/guitarist/songwriter Farren McDonald, who was looking to put a punk band together.

McDonald asked Mosey to drum, and along with Cork born, Galway based, musician, Hob Junker, Rural Savage was born. The band’s furious, driving, surreal punk, which draws on the Ulster Punk legacy of Stiff Little Fingers, Rudi, Ruefrex, and The Outcast, has produced two albums - I Fell In A Bog And Saw God (2012 ) and It’s Not Your Wadi…It’s Rural Savage (2015 ). A third album is also in the works.

Indeed Mosey’s credits include drumming on albums by It Was All a Bit Black & White, Rovers and Crows, and The Depravations, as well as on EPs by Galway ‘supergroup’ Cranky Face’. Mosey also provided the drums on ‘Lost Love’, a track from LOVE, the new album by Galway based singer-songwriter New Pope. “I guess it’s just being in the right place at the right time,” Mosey modestly says of his in-demand status. 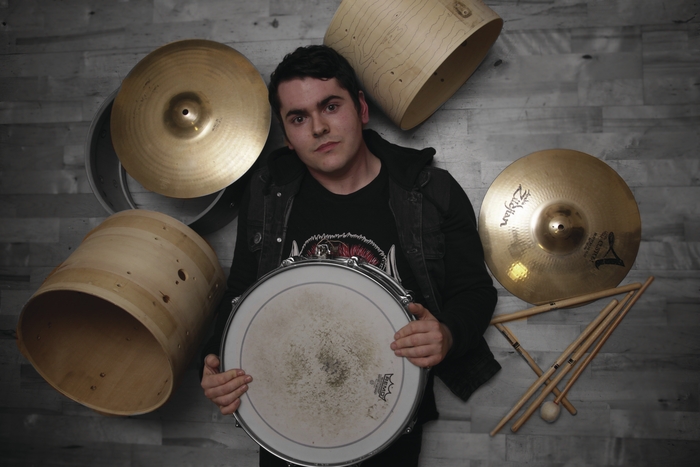 Of the above, Rural Savage and Cranky Face occupy Mosey’s time as a touring/performing musician, and he has only recently returned from a series of US dates with Rural Savage.

“We left on New Year’s Eve, arrived in LA on New Year’s Day and were there until January 16,” says Mosey. “Brian Kelly [So Cow] organised some gigs for us, and we booked some ourselves. The plan was to play up through California and the Pacific North Coast, from San Diego to Seattle, but we got snowed in in Portland, Oregon, it was about three feet of snow, so we didn’t get to Seattle. It was amazing, there was even snow and ice in some parts of California, which you don’t expect, and it rained all the time in San Fransisco. Travelling the highways was quite an experience, as there can be nothing around you for miles, just endless roads and endless expanse of flat lands.”

Nonetheless the gigs went well, Mosey describes the tour as “a learning curve”, but one that has whetted the appetite for more. The tour took place in the weeks leading up to the inauguration of Donald Trump as the 45th president of the United States. “In San Fransisco everyone we spoke to didn’t want to believe it was happening, or really face it,” he says. “Everyone we spoke to was against him. Now, we were talking to the youths and to the punks, who would be standing against the crowd, but you got the sense the US is also a country ready for change, that wants something different. It’s just a pity that this is who they have got. We can’t really predict how it will go, but I wouldn’t be optimistic.”

As an interesting aside, he notes how, “we saw a lot of Bernie Saunders signs still up in hostels throughout California, especially in San Jose”.

Mosey is not just a drummer, he is also a maker of drums and something of an entrepreneur having started his own business, Mosey Drums, now in operation for just over a year.

Mosey Drum creates customised drum kits for clients, along with drum repairs and kit upgradings. “I have 10 year's experience with drums, and in that time you get to know the instrument very well,” says Mosey. “A set of drums is very expensive, especially if you want to get high end, quality, drums, so often it is cheaper to get them repaired and renovated. A customised drum kit is always going to be a cut above what you would simply buy from the shop floor, and I can create any size and design of kit, depending on what the drummer needs and wants.”

Mosey outlines the process of creating a set of drums. “You have to pick what sound you want, and that determines what materials you use - metal drums, acrylic, wood,” he says. "Wood is the most common material used to create drums, and the most popular types of wood are maple and birch, but you can also have the likes of mahogany, cheery, walnut, bubinga, and oak to name a few. It all depends on the kind of tone you want.” 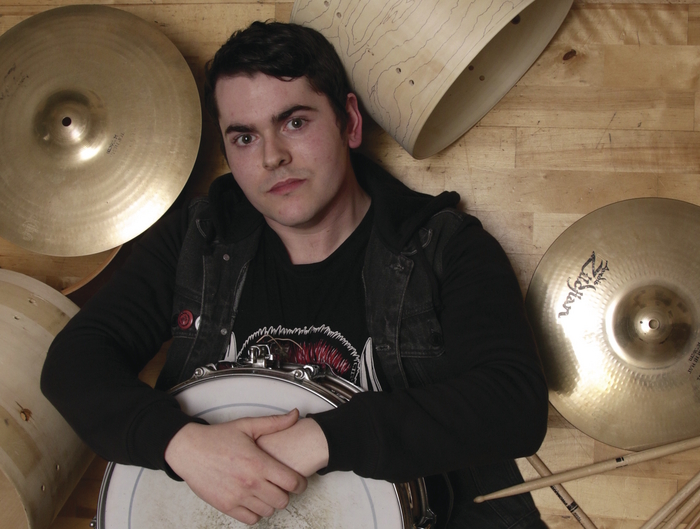 Once the wood is selected, the shell for the drums, that is the shape of each individual drum in a kit, is the first thing which needs to be built. “It’s basically a cylinder of wood,” says Mosey. “You can build them with plies - thin sheets of wood that you can wrap into a mold to create the size of drum you want - or you can also use blocks of wood or 'staves' and plane it down, or put it into a lathe, to the required size. There is something primitive and very satisfying about creating something in this way.”

Skins are then placed on the top and botton of the drum, and attached to hardware - the metal lugs and rims that keep them together. Once the drums are tuned, the drum kit is ready to play. As a drummer himself, what are Mosey’s preferences when it comes to the ideal drum kit?

“I like a mix of mahogany, birch, and mappa burl, it gives a lot of different tonal qualities, and allows you to tune the drums quite low as well,” he says. “As for the skins, for me Remo Powerstroke have good body and tone and erase a lot of the overtones and rings as I hit the drums hard. It’s good for that solid, punchy, tone I look for.”

Mosey’s work has attracted high profile interest, indeed his highest profile client to date has been the Hypnotic Brass Band (a favourite group of former US president Barack Obama, who said "I cannot get enough of these guys, they soothe the soul." ) who, at their a recent concert in Galway, contacted Mosey, following a recommendation from Róisín Dubh music promoter Gugai. “They needed a snare drum from me, and afterwards said they were very happy with the sound and that it was a very professional job.”

Mosey’s work also earned the praise of Mike Johnston, one of the world’s most respected drummers. “I met him in Dublin at a drum clinic, where he said, and these are his exact words, ‘I might get in trouble with Gretsch for saying this but I would totally endorse this drum’.”