THE WORLD premieres of a new play by Conall Morrison, and a new opera by Donnacha Dennehy and Enda Walsh; a major exhibition by Brazilian artist Ana Maria Pacheco; new theatre productions from Druid; Beach Boys’ legend Brian Wilson at the Big Top; and Syrian architect and author Marwa Al-Sabouni - these are just some of the highlights of the 40th Galway International Arts Festival.

The GIAF announced details this morning of its largest programme to date to mark its 40th festival, which takes place from July 17 to 30. "This will be our biggest year to date," festival CEO John Crumlish. "We have a significant birthday to celebrate and we start our build up towards European Capital of Culture 2020. With an increased number of theatre premieres, one of our biggest musical line-ups ever and a very exciting free programme we hope our audiences enjoy our birthday party and that it provides for a great July in Galway." 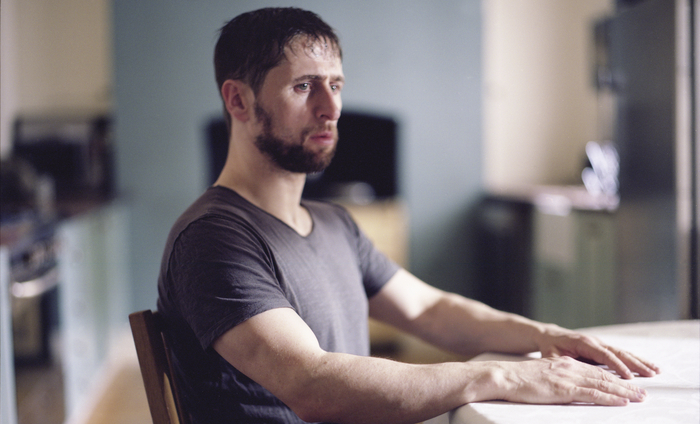 A first for GIAF will be the world premiere of The Second Violinist, a new opera by Donnacha Dennehy and Enda Walsh. Aaron Monaghan [pictured above] plays The Second Violinist, joined by singers Máire Flavin, Sharon Carty, and Benedict Nelson, together with a 16-strong chorus, and Crash Ensemble.

Other theatre highlights are Bathroom by Enda Walsh, to be presented in a gallery setting and featuring the voice of Tom Vaughan Lawlor; Druid's production of Crestfall by Mark O’Rowe; Corn Exchange’s Dublin by Lamplight; the world premiere of Branar’s How to Catch a Star; Decadent’s production of Abbie Spallen’s Pumpgirl; An Taibhdhearc’s Dún na mBan Trí Thine by Éilís Ní Dhuibhne; while the Abbey Theatre’s production of Two Pints by Roddy Doyle will be performed in pubs in Galway city, county, and the Aran Islands.

Live at the Absolut Big Top, co-produced with the Róisín Dubh, features Beach Boy's composer Brian Wilson and a 15–piece band performing Pet Sounds and Beach Boys’ hits; Ladysmith Black Mambazo; singer-songwriter Passenger; the soulful Gavin James; A Night at the Proms with the RTÉ Concert Orchestra performing American music and another show of dance anthems with DJ Jenny Greene; and The Coronas.

The Festival Gallery returns to the Connacht Print Works, Market Street, with a major exhibition, Dark Night of the Soul, by acclaimed Brazilian artist Ana Maria Pacheco, and an exhibition of new work, Inscriptions, by Ireland’s Ailbhe Ní Bhriain. There will also be a new commission, Flag, by Irish artist John Gerrard, After the Raft of the Medusa from UK/Australian artist John Beard, and Nicola Gunwhy’s Can We Ever Really See Each Other?

Tickets are on sale now from www.giaf.ie