THIS SATURDAY marks the 30th anniversary of the death of the legendary Galway fiddle player and traditional Irish musician Mickey Finn. His passing will be marked in a weekend of memorial sessions at The Crane Bar, from Friday April 21 to Sunday 23, featuring Mickey’s widow, Lena Finn, as well as Sean Ryan, Jackie Small, and Mickey’s brother Johnny Finn.

Johnny Finn is himself a fine songwriter and a veteran of the many rowdy and rambunctious music sessions that were his brother Mickey’s making and undoing. “We were born in Kilkenny,” Johnny tells me. “Our dad was a bank clerk with Bank of Ireland in Callan. When I was 10 he was shifted up to Ballinrobe. There were six of us, Billy, Mickey, and myself were the boys, and I have three sisters, Elizabeth, Mary, and Jackie. My dad was assistant bank manager in Ballinrobe. We were there from 1963 to 1971 and then our dad was ordained as bank manager in Roscommon town.”

In between filing mortgage applications and business loans, Finn senior found time for music; “My father wrote tunes and played piano,” Johnny recalls. “My mother was a great piano player as well. My brother Billy is a multi-instrumentalist – except for the fiddle! Mickey was called Mike at home. He learned the fiddle first in Ballinrobe. When we arrived in Ballinrobe there was a Brother Forristal there, a Christian Brother, who taught Mike to play the fiddle and I am nearly sure he was the same man who taught Paddy Moloney and John Sheehan of The Dubliners.”

Those who recall Mickey’s virtuosity with the fiddle might be surprised to know he was also a deft caman wielder in his youth. “Mickey was a good hurler,” Johnny reveals. “We came up from Kilkenny and were like supermen arriving in Ballinrobe as regards hurling. There was a Brother O’Shea there from Kilkenny and his eyes lit up when we arrived as if he had won the lottery. When he’d give anyone a slap in school with the hurley on the hand he would recite ‘He bends, he lifts, and he strikes."

Johnny describes the impact of Mickey’s arrival in Galway; “He arrived with long blond hair and an afghan coat and played the way he played – he added a bit of rock’n’roll to a tune, he never played it as a purist would. People came in to the bar to see him and you can point to that as being one of the moments where things started happening in Galway. I’m his brother but I do think he should be commemorated with a plaque or whatever.”

Johnny’s starkly powerful song ‘Hair Of The Dog’ expresses details of the drink addiction that killed Mickey at the tragically early age of 36: "What do you do when the sun rises up in the morning/When your body it shakes and the nerves they quake in the morning/Oh to the early house for another one/Oh the hair of the dog will surely kill the pain/Please kill the pain."

“Mickey became hooked on drink but he didn’t have a painful childhood or anything like that,” Johnny recalls. “He’d go into somewhere like Cuain Mhuire or Ballinasloe to dry out and he’d be grand for a while but then he would break out again. He was a bit like George Best in Galway, a big fish in a small pond, everyone wanted to have a drink with him. As the saying goes, a million pints aren’t enough and one is too many. That song is kind of autobiographical because I had my own struggles with drink. I only very seldom take a drink now. Years ago I was as wild as the rest of them.”

Sadly, no professional studio recordings of Mickey Finn exist; “There were some good recordings done with Sean Bán Breathnach in Raidio na Gaeltachta,” Johnny tells me. “There were very few recordings made of him and nothing that was ever released. There was nothing polished enough to be released but there are some decent recordings out there. Mickey and Terry Smith went to Brittany and there is a good recording of them from then, as Dickler Fitz. 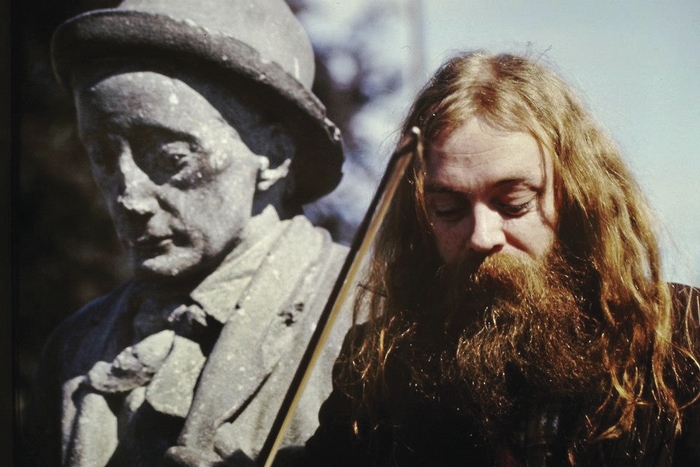 “De Danaan emerged out of Dickler Fitz. Terry Smith and Alec Finn were in Dickler Fitz and then Frankie Gavin started joining in the sessions. Frankie was a much better player technically than Mickey but he learned wildness and swerve from Mickey, and he has said that himself over the years in interviews. When De Danaan first formed Mickey could have been a member but drink-wise he wouldn’t have been able to go on tour.”

Like Mickey, Johnny Finn came to Galway in 1970. He did a degree in science in UCG and has been working in Boston Scientific since 2003. He is married to Carmel and the couple have one son, Eoghan, who goes to NUIG and “plays piano and he is a good singer” as his dad attests. Last year Johnny donated a kidney to his wife as she had been suffering from kidney disease for some time. Thankfully, the transplant has been successful.

He is also hoping that next year he will find the time to release an album of his songs; “I retire next year and hope then to have the time to put album together," he says. "I have a good few songs and 10 or 12 of them would merit being on a CD. I have melodies in my head all the time, I’m just not as good with the words but they come eventually but it is always the melody that comes first with me.”

Despite his modesty it should be recorded that Johnny Finn’s words chime finely with his tunes. His songs are well worth checking out on YouTube while we wait for release of the album and he can also be caught in action at the Crane on Sunday afternoon of April 23.