All the artists display an irreverent, wry, brand of humour, unafraid to address dark issues with a burst of jarring laughter. The title also hints at the subtle iconoclasm seen in the work of each artist. From Heta Kuchka’s unflinchingly confrontational video pieces to Johanna Havimäki’s fantastical beasts, each uses traditional tokens of femininity to examine aspects of life as a woman both in Finland and in modern society as a whole.

The exhibition also invites comparisons between Finland, a country regularly cited as one of the most progressive in the world in terms of gender equality, and Ireland, which the UN has singled out as a violator of international human rights based on its treatment of women.

In the words of curator Anna McGowan; “In presenting the work of female Finnish artists to an Irish audience, Bad (L )attitudes does not seek to provide evidence of one transcendental feminine experience that unites women of all nations and backgrounds. It does, however, seek to demonstrate the necessity of continuously questioning the inequalities faced by women every day and in every part of the world. This exhibition seeks to remind us that there is still much work to be done, even in societies considered the most progressive in the world in terms of gender parity. These works incite the audience to engage in critical self-scrutiny – and laughter.”

Self-scrutiny and laughter are both apparent in the work of photographic and video artist Marja Helander. She draws on her dual Sámi-Finnish heritage to explore the humorous and poignant paradoxes involved in living a traditional lifestyle in a modern, globalised society. The Sámi, or Lapps, are best known as semi-nomadic reindeer herders.

Helander, raised in Helsinki, frequently portrays herself immersed in her father’s Sámi culture where her struggle to reunite the disparate elements of her identity is immediately and often humorously apparent. This can be seen in her video piece, Trambo, which she describes as "a self-portrait of me, an indigenous Sámi person, wandering on a mountain. I am dragging a big trampoline, a burden I hope will bring a bit of joy to the monotonous journey and life. The trampoline is a reference to the modern age, but can also be seen as a prison or a wall that is hard to see through.” 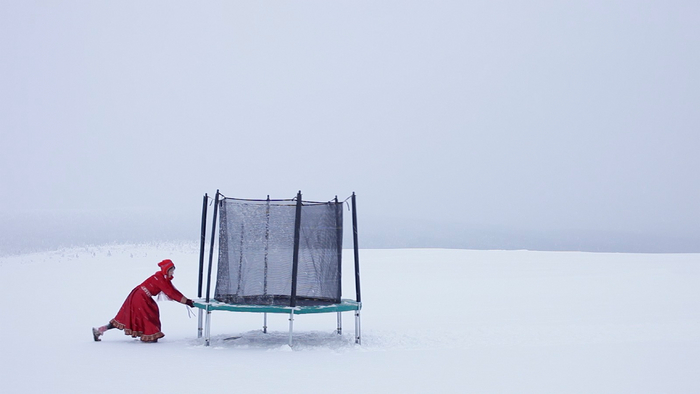 Johanna Havimäki turns old leather and fur jackets into alternately hilarious and eerie approximations of the animals they came from. Her wry, kitschy, humour allows her work to straddle the barrier between high art and low art, between solemnity and absurdity. Her work also comments on the hunting culture that is still prevalent in Finland. Given the traditional role of hunter is linked to masculinity, Havimäki imbues a traditionally 'feminine' material with a violent, 'masculine' hunting theme.

The art of Heta Kuchka addresses memory, ageing, death, and the loneliness of both youth and old age. She frequently uses role-play in her work, inserting herself as various characters in simulated situations. Her work often uses everyday situations and interactions as a starting point for penetrating, funny, and occasionally confrontational explorations of the relationship between people and their surroundings.

Her video, Temporarily Out Of Order, features her aged mother, who was afflicted with severe back pain, doing her physical therapy exercises on stage wearing a tutu. “Me and my mom are very close,” Kuchka explains. “A sudden herniated disc made us even closer. The back pain was so terrible she couldn’t walk on her own for almost a year. Our roles started to change.

"I became the caretaker and she was more and more dependent on me. We started to process our fears of pain and helplessness. In the video she appears very cute and amusing but at the same time one can relate to her constant pain through the slow, clumsy repetition. Working together gives us both a chance to reflect different feelings having to do with us growing older as women, fear of changes in one’s identity and fear of loss and of responsibility that comes with all of the above.” 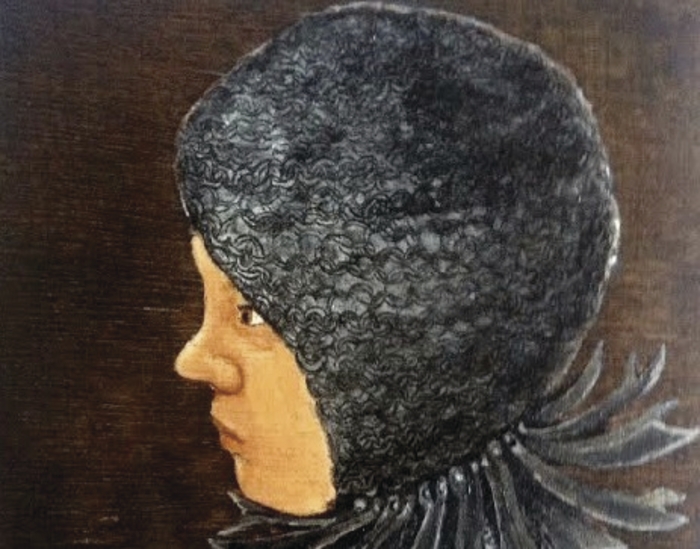 Completing the quintet is Kirsti Kotilainen who has lived and worked in Dublin for the past 12 years. She was recently awarded the Perpetual Bronze Medal at the Royal Ulster Academy for the work featured in this exhibition. Her art explores the notions of home, belonging, body, selfhood, and space, often from the perspective of a migrant struggling to negotiate a meaningful cultural identity.

Kotilainen's sculptures are constructed from everyday materials; often found materials discarded by others. She frequently evokes ideas of the domestic in her work – several of her pieces feature crude, ephemeral, houses which she weaves into narratives of gender identity. Clothing is another recurrent theme, both as found and constructed object, often serving to illustrate the complex relationship many have with the clothes they wear.

Her paintings, as in Defensive Clothing for Teenagers, contain traces of the Northern Renaissance in their solemn interiority and textural detail, albeit in an extremely tongue-in-cheek manner – more ‘scrutiny and laughter’!