DIALYSIS PATIENTS in Galway, and the nursing staff who look after them, have created a fascinating exhibition for this year's Galway International Arts Festival - The Savage Loves His Native Shore.

The exhibition, which runs in the University Hospital Galway Arts Corridor and the Institute for Lifecourse and Society, Corrib Village, Dangan, explores the west of Ireland landscape, self-sufficiency, changes in farming practice, and the arts of fly-tying and stick-dressing. 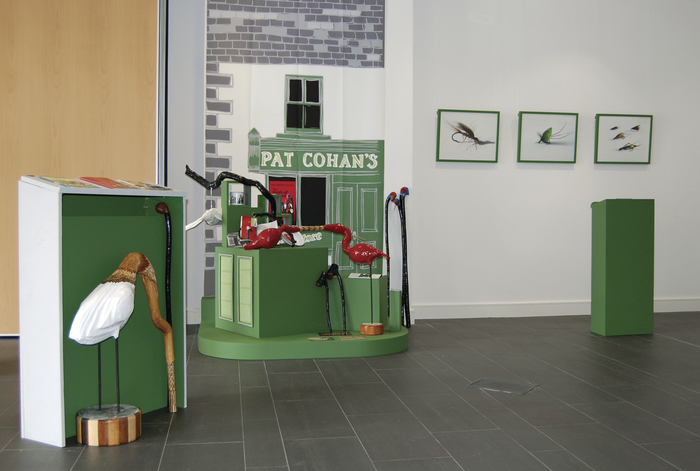 Clinical nurse manager, Maria Geraghty, said the art programme has "opened a whole new world for some patients. They now arrive with an eagerness to paint instead of dreading going on dialysis for three to four hours. Those who do not paint enjoy seeing the results of those who do. It has given everyone something different to talk about and brought out a very creative, artistic side to patients and staff alike."

That theme of human connections is explored in staff nurse Jacinta Reade’s decoupaged hayfork as part of an installation for Dan Brennan, a farmer from Creggs. The success of the arts programme owes much to a supportive nursing team.

The exhibition also pays tribute to participants who have passed away. A series of flower paintings by Maureen Burke has been recreated as a range of accessories in fond memory of the former fashion buyer at Anthony Ryans of Galway. John Jack Murphy is remembered in a ‘pop up shop’ including his Birds of Ireland walking stick collection, a book he created with the project artist to accompany them, as well as a book he previously wrote about his experiences in the film The Quiet Man. 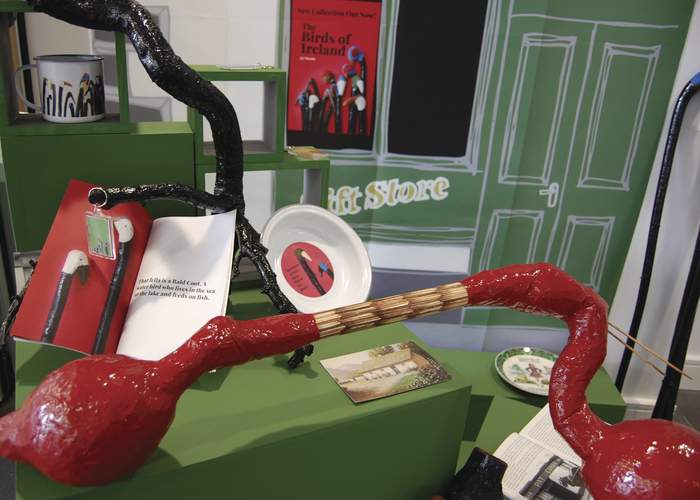 Another book on display presents some of the best fly patterns to land a brown trout on Lough Corrib, created by the late Aidan Garvey when he accessed the arts programme in 2013. Though forced to give up sailing on his boat, the 1,000th kidney transplant patient in Ireland was able to focus on aspects of his great passion in which he excelled.

As the artist photographed his fly patterns he was able to appreciate his consummate craftsmanship as never before on a laptop, and their extended dialogue formed the text in the book, interweaving technical tips with reminiscences about local customs and licensing campaigns.

The exhibition runs until Sunday July 24 in the Institute for Lifecourse and Society, Corrib Village, NUI Galway, from 10am to 6pm and in the University Hospital Galway Arts Corridor until August 29.