Even the most sceptical observer cannot accuse those who describe last week’s Brexit referendum result as 'seismic' or 'a political earthquake' of engaging in hyperbole. From an Irish perspective, it is potentially the most significant thing to happen in peace-time British politics since the abdication of King Edward VIII in 1936.

Uncertainty is the dominant theme. In the UK itself, despite the vote for withdrawal, Roy Hodgson seemed to be the only Englishman with a clear plan for actually getting out of Europe this week! How the EU responds is another issue, and of course the Irish Government will need to devise a careful, nuanced response, as this will be the defining issue of the next decade.

Before looking at what comes next, it is worth exploring the background to and reasons for last week’s vote.

Opinion polls have for years shown a constant hardening of British public opinion against the EU. Recent events around the globe have shown a tendency for maverick or anti-establishment candidates and positions to hold their own and turn opinion poll numbers into votes at the ballot box – Donald Trump, Scottish independence, and fringe parties in a number of European countries all doing better than expected.

Therefore, the assumption that it would be ‘alright on the night’ betrayed a shocking complacency on the part of the Remain campaign. Indeed, David Cameron’s decision to call the referendum in the first place was itself a manifestation of this complacency. What then were the root causes of this political earthquake?

The referendum result threw up a clear geographic divide. Scotland and Northern Ireland both voted to remain, while England and Wales voted to leave. More specifically within England and Wales however, we saw a split between the metropolitan areas – London, Liverpool, Manchester and Cardiff voting heavily to remain – and the rest. This difference particularly manifested itself among Labour supporters in the party’s traditional heartlands in the North, Midlands, and Wales who voted in big numbers to leave.

Much of this can be attributed to the increasing dominance of London over the rest of the UK, and is, in a sense, a more acute version of the sort of disconnect we saw between the east coast and the rest of Ireland in the recent Irish General Election. The anti-EU mood was also very prevalent in old seaside towns that have suffered significant economic decline in recent decades with the explosion in foreign holidays.

While parts of the ‘Tory shires’ reflected the growing Euroscepticism of the Conservative Party it was to a large degree a lower middle and working class revolt.

Labour strongholds in parts of the Midlands and North of England as well as Wales voted heavily to leave. This reflects a group of people who feel left behind and ignored for many years by both major parties. They live in areas which have been in decline since the Thatcher era, did not pick up during the Blair/Brown years, and have suffered further from the cutback in public servicers during the austerity years.

These people have also been treated with ridicule, contempt even, by many of the ‘commentariat’, and by their fellow Britons - a class of people that has essentially been written off. This was their chance to be heard and for their vote to make a difference.

The Tory working (and lower middle class ) in the South of England – places like Kent, Essex, and Bedfordshire - was just as enthusiastic about leaving. The issues of immigration and identity lay behind much of this. These are complex issues – they can be attributed to a mixture of concerns such as a fear of wages being undercut, population increases putting pressures on public services, and also a sense of British and in particular English identity being diluted.

It will not have come as a surprise, though, to any of the politicians as it has been a ‘hot button’ issue in those areas for years, becoming increasingly prevalent in the past decade.

Finally, there was a marked difference between the age groups, starkly borne out by opinion polls that showed that the more one moved up the age ladder the more the ‘Leave’ vote increased. Much of this is a cultural divide as much as a difference of opinion over the EU itself.

Older voters have a greater recollection and nostalgia of the days of the British Empire, and have a deeper suspicion of international movements where Britain is not the dominant player. They are also more sceptical of immigration and cultural changes. While there was some talk of ‘Remain’ campaigners researching the success of campaigners for same sex marriage mobilising the youth vote in last year’s referendum in Ireland, they did not manage to emulate it and turnout seems to have been much lower among young voters.

Also ingrained in the British psyche is the idea that the European Union is a malign force or, at best something to be endured but treated with suspicion. Over the past quarter century, other than the Liberal Democrats, very few politicians from the UK-wide parties have felt the need to speak positively about the EU. The press has been almost universally and unrelentingly negative.

The reasons for the traditional British suspicion of the EU deserve an essay of their own but at their heart lies a deep dissatisfaction with the democratic deficit at the heart of the EU and a sense that National Parliament is sacrosanct. It must be acknowledged that the EU has not done itself any favours in this regard, appearing aloof and out of touch, exemplified by the incumbent Commission President Jean-Claude Juncker, thereby further fuelling the disenchantment with the ‘unelected elites’. 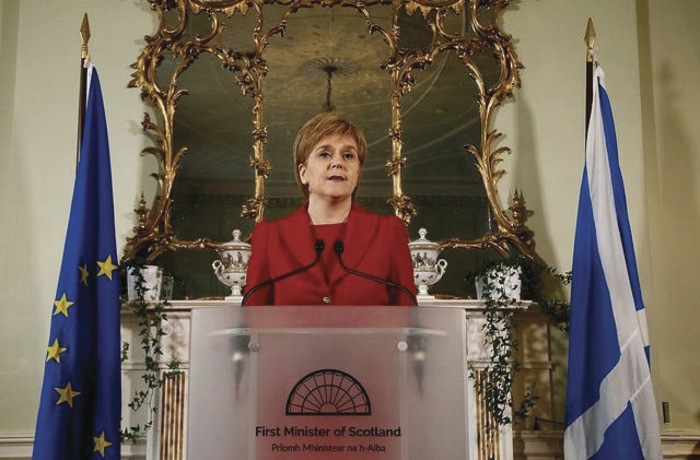 The aftermath has seen Prime Minister David Cameron falling on his sword – he had no real choice in the circumstances. In many respects he was a successful and popular prime minister – many in Ireland will have fond memories of his time in charge, his apology for Bloody Sunday, his role in the Queen’s visit in 2011, and his friendly demeanour and attitude towards this country – but the gamble he took in calling this referendum and the manner in which it backfired on him will forever be a black mark on his copybook.

What happens next largely depends on who succeeds him in September. Will it be Boris Johnson from the ‘Leave’ campaign or Teresa May who campaigned to stay in or will it be someone else? Will the new prime minister call a general election in the autumn? What will their approach be to the Brexit negotiations? As Insider noted earlier, there is no clear plan at present and we find ourselves in a vacuum.

Nevertheless, a number of issues impact on Ireland immediately raise their heads.

The Brexit talks are likely to be long and torturous. Already we are seeing something of a stand-off between Brussels, which wants the UK out as soon as possible, and London, which wants a longer timeframe and detailed negotiations in advance of triggering Article 50 of the Lisbon Treaty. Ireland must tread a careful line between the two camps. We must protect our own interests while also emphasising we belong in Europe.

Watching First Minister Nicola Sturgeon immediately putting Scottish independence on the table reminded Insider of the old adage ‘England’s difficulty is Ireland’s opportunity’. Insider is very much of the view that Scottish independence is inevitable in the coming years regardless of last week’s vote, but this may now act as the catalyst. If this goes down as one of the legacies of last week’s referendum it will prove especially painful for David Cameron who has pints of Scottish blood running through him, not to mention Michael Gove from the ‘Leave’ campaign.

What of Ireland - north and south? 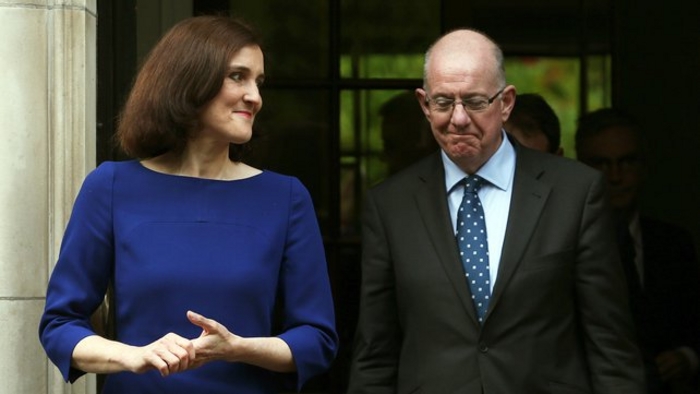 The implications for Northern Ireland are undoubtedly the most significant issue for the Irish Government and arguably the most interesting aspect of Brexit full stop. Insider has previously highlighted the problems around border controls and cross-border trade, but when one factors in the status of the Good Friday Agreement in international law, it may be that implementing some aspects of Brexit may prove to be very difficult for the British government.

There is also the fact that, like Scotland, Northern Ireland comfortably voted to remain. This was despite a poor turnout amongst Nationalists and a notable ‘Leave’ vote in some (though not all ) Unionist areas. The argument will be made that the British government has no mandate to implement Brexit in Northern Ireland. Sinn Féin has already called for a border poll, while others question whether Scotland and Northern Ireland might be able to remain in the UK, perhaps as associate members without breaking up the Union.

Insider has previously touched on the potential implications for Irish economic policy, particularly in the area of trade with the UK. Some analysts suggest that Ireland could benefit from attracting London-based financial services companies who wish to maintain an EU presence. The Irish Government must be ambitious in this regard but Insider would caution that if this path is followed too aggressively it runs the risk of benefitting Dublin (and maybe Galway ), but could widen the gap with rural and provincial Ireland.

Some have speculated that once Britain is out, the rest of the EU can move towards greater economic and political union. Many economists feel this is necessary for monetary union to fully function. This could create difficulties for Ireland if it included some form of military union that will call our neutrality into question.

In summary, uncertainty has moved centre stage and a tumultuous few years may lie ahead.