Insider noted the recent political musings of Ryanair Supremo, Michael O’Leary with interest, and how he laid the blame for the delay in the formation of a government with the result the electorate delivered, and not the politicians.

“Independents do nothing, they’re grandstanders” he said. O’Leary was commenting on the make up of the current Dáil and how the electorate needed to vote for parties who were capable of running the country. The difference between O’Leary and other senior business figures in the State is that when you ask him a question he gives you a direct answer.

He has no care for political correctness and offers his opinion bluntly and with conviction. Throughout his business career O’Leary has made it his trademark to be ahead of the curve and Insider feels when the next election comes, more voters will have reached the same conclusion as O’Leary already has, and a demise in support for the Independents will follow.

O’Leary’s comments were very much welcomed by members of the various parties - particularly the big two of Fianna Fáil and Fine Gael - who tend to believe Independents, by and large, receive far too little scrutiny from both the media and public. The viewpoint offered by members of these parties privately is that Independents are allowed to be ‘all things to all people’ and can change their stance from door to door when on the campaign trail in an instant, depending upon what they consider the voter wishes to hear.

Watching The Wind that Shakes the Barley recently, Insider’s thoughts immediately sprang to our current batch of Independents when Cillian Murphy’s character, Damien, remarks “It’s easy to know what you are against, but quite another to know what you are for.” Insider would deem this statement to be an appropriate description of Independents who oppose everything but never offer solutions.

Independents are never faced with hard choices, which may be politically unpopular, but are also in the best interests of the State. As Hillary Clinton stated last week it’s easy to diagnose problems but far harder to fix them, something which Independents must be delighted to never have to worry about.

Insider is firmly of the belief that independents are a handicap to government formation and in essence really only care about their protecting their reputation in their own constituency, regardless of what happens elsewhere. That is understandable, but that reality has not yet been fully considered by the electorate. Political uncertainty is a considerable factor for multinational companies and when deciding where to invest and create jobs it can be a deciding factor.

All ‘local’ demands, for example, none say their support is dependent on increased funding for mental health or reform of the HSE, etc. It’s quite clearly a ‘constituency first country second’ mindset. Party TDs may not be much better in this regard but ultimately parties in government have to implement policies for the entire country and while each Deputy will fight for his/her own constituency, they will also eventually, reach a consensus.

In the past former Independent TDs Tony Gregory, and Jackie Healy Rae managed to deliver plenty of goodies for their respective constituencies in return for supporting the Government of the day. With form like this it is hard to blame the electorate for voting Independent. However as outlined, and experienced in the past, the price of Independent support can be expensive and only serve a small corner of a single constituency. 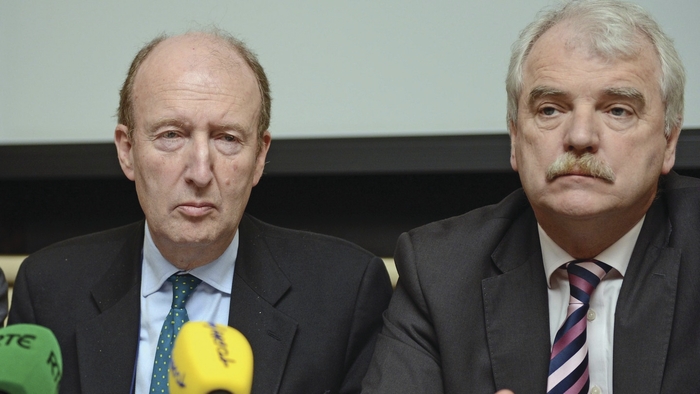 One area may benefit but for every expenditure there is an ‘opportunity cost’. The price of political deal making with Independents is that there is not funding to finance projects in other areas, which may have a far greater need and have a far higher benefit that the selected demands by Independents for their locality.

Let’s take a broader look at Independents. The word Independent means alone, by yourself, but what you can do by yourself is limited. It is easier if you have someone else or more people to help you. As the saying goes there’s no 'I' in team. Politics is a team sport, and like sport, the stronger the team the more wins that will be had, and a team is representative of a much larger community than a sole individual.

When more minds are concentrated on the one cause, the better the outcome for the majority. Insider was of the view that the two most conscientious, capable, and intelligent Independent TDs in the last Dáil were Stephen Donnelly and Catherine Murphy. It is no surprise they have concluded at the end of their first full term that a party offers the best platform for making progress nationwide rather than in one particular area.

Let us now look at Galway City Council. One third of the 18 members are Independents, elected as stand alone councillors, but in reality they do not stand alone. By remaining alone they cannot get anything done. In order for them to have real effect they have to enter agreements and arrangements with the parties or else form a party - a la the Independent Alliance.

Insider has to ask if you are truly Independent then why would you be involved in an 'alliance'. It seems counter intuitive. Again, the reality is if Independents want to get things done then they have no choice. That’s the ball game. To pass anything at city council level, a minimum of 10 votes is required. Standing alone will not make up 10!

It is also worth pointing out that despite the aforementioned Tony Gregory and Jackie Healy-Rae, the vast majority of Independents do not deliver anything of substance to their constituency, from neither a ‘goodies’ perspective nor a representative role. Look around Galway, what big infrastructural project did any Independent deliver? Independents tend to be good at the basic stuff such as representations about pot holes, medical cards, passports, etc. As one prominent politician put it in past times - “Tis glorified county councillor stuff!”.

The 19 Independents elected to this Dáil make up more than the Labour party, Social Democrats, and the Greens put together. The media have been concentrating on Fianna Fáil and Fine Gael and what is taking them so long to reach agreement. But Insider believes the electorate is growing more politically aware year on year and that what Michael O’Leary has already voiced will become an increasingly common opinion over the course of the next Dáil.

Independent support has never been higher so this may appear to be a rather bold prediction but politics is cyclical and rather than any particular party, it may well be Independents who face the wrath of the electorate at the next general election as the futility of electing Independents becomes clearer to an increasingly aware electorate. This is especially likely, if as seems almost inevitable, there is an election in 2016 or 2017. Voters will recognise that the country is best served by stable government and that Independent TDs do nothing to help that goal.

Time will tell but Insider believes Independents should take note of O’Learys words, those who have ignored him in the past generally lived to regret it.