TODAY SEES the opening of the 19th Baboró International Arts Festival for Children opens in Galway, and for the next seven days, children and families can enjoy a creative extravaganza of theatre, puppetry, dance, music, animation, exhibitions and workshops.

“We’re really looking forward to welcoming everyone to Galway for lots of rich creative experiences that are full of heart," said Baboró executive artistic director Aislinn ÓhEocha. "There’s exquisite Irish and International work on stage and countless ways for children to engage with the world through art. We’re extremely grateful to our main funders The Arts Council, Galway city and county councils, Fáilte Ireland, and to our funding bodies, sponsors, partners, friends, and our volunteers, for their vital support.” 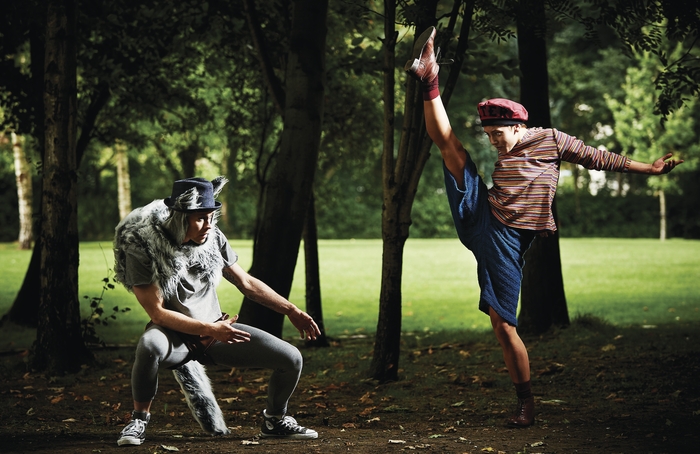 CoisCéim Dance Theatre's The Wolf and Peter (ages six+ ) combines dance and live music in a reimagining of Prokofiev’s classic Peter and the Wolf. In this adaptation by director David Bolger, the themes of courage and imagination are told through the eyes of the Wolf and whereas Prokofiev's original work was to introduce children to the orchestra, CosCéim's show is to introduce children to dance. Music, however plays a major role in the show, with a live performance from acclaimed pianist Conor Linehan. The Wolf and Peter is at the Town Hall Theatre from Thursday October 15 to Sunday 18.

Guess How Much I Love You (ages four to seven ), written by Irish author Sam McBratney, and illustrated by Anita Jeram, has become a modern children's classic, and this year marks its 20th anniversary. Introducing us to the much-loved characters of Little Nutbrown Hare and Big Nutbrown Hare, Guess How Much I Love You has found a very simple and a very warm-hearted way to say ‘I love you’ all over the world. Anita Jeram’s I Love My Little Storybook, which celebrates the joy of reading, will also be staged. The show takes place in the Black Box Theatre from Thursday 15 to Sunday 18.

El Patio Teatro from Spain has taken the world by storm with its love story A Mano (ages six+ ) and the Mimirichi Clown and Pantomime Theatre from Ukraine bring their crazy clowns for some even crazier fun in Paper World (ages four+ ). For younger children, the ‘Small Size, Performing Arts for Early Years’ strand includes Italy's La Baraca – Testoni Ragazzi staging Casa (years one to four ), exploring the notion of what is home. For those aged 12 months and younger, there is Concertino Pannolino with Belgium's Théatre de la Guimbarde, which promises to be a magical journey complete with feel-good vibrations played on cello and flute while babies relax and unwind.

Paul Curley bakes up a storm in his lively and interactive show Bake! (ages four to six ) where everyone can get in on the act of sifting flour and beating eggs as preparations get under way for a royal birthday celebration. Galway’s Fíbín Theatre Company present Saol Faoi Shráid, based on the characters from the popular TG4 show of the same name, which recently received an IFTA nomination - expect singing and interaction.

Older children will enjoy The Abbey Theatre’s Me, Michael (ages 10-15 ), a lively reimagining of Brian Friel’s Dancing at Lughnasa, it tells the story of a young boy living in Donegal through music and song. Scotland’s Rosalind Sydney presents Up to Speed (ages eight+ ), a funny and touching story about the power of friendship and the importance of being yourself. 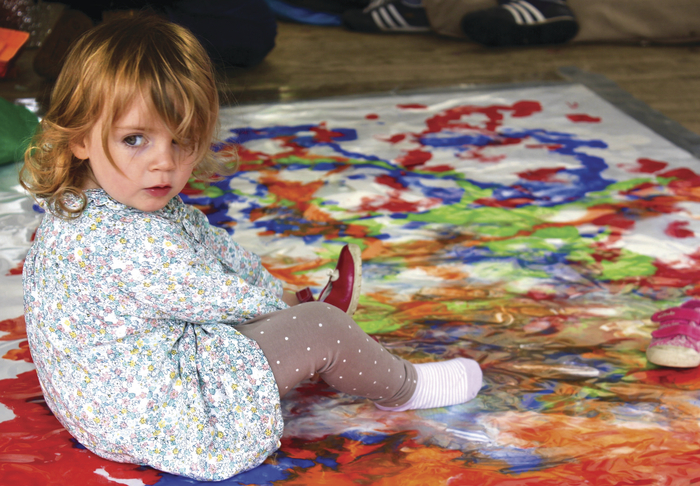 There are also free events, including A History of Play, presented by Roscommon Arts Centre in partnership with Baboró and Galway Arts Centre, is an interactive installation of art, architecutre, and design by artist Eamon O’Kane that invites viewers to come, stay, and play. Afterwards, pay a visit to the Book Doctor to get a prescription for your next read. Experience the wonder of the cosmos at the Sky Dome Mobile Planetarium from the Sky Dome Academy or make your own stop motion movie with your favourite Lego character with Brick Flicks from Createschool.

The Side by Side series includes a variety of family and teacher workshops including a puppetry workshop from Mermaid Theatre and a dance workshop from CoisCéim. Family and schools workshops, presented in partnership with Irish Design 2015, include Creative Textiles with textile and interior designer Tina O’Rourke and Creating Wearable Design with jewellery designer Natasha Heaslip.

Presented by Creative Europe, the ‘Spotlight On’ series will focus on European funding, with panel discussions from Irish and international experts in these fields.

The festival concludes on Sunday 18 in a ‘Dance your heart out’ disco in Seapoint Ballroom where DJ Will Softly and dancer Gigi from Kidisco will bring families to the four corners of the globe on a non-stop musical and dance extravaganza.

For more information and tickets contact the Town Hall Theatre on 091 - 569777 or www.tht.ie See also www.baboro.ie