Lessness was published in 1970, the same year Beckett won the Nobel Prize. Through the many refractions of its profoundly evocative text, Lessness suspends us in a vast desert landscape where we glimpse the contours of a small body standing fixed, amid ruins or refuge.

Fouéré, a magnetic performer whose arresting physical presence is matched by her phenomenal vocal technique, has presented and appeared in Beckett’s works since 1976. Her most recent creation, riverrun, an adaptation of the voice of the river from Finnegans Wake, has been touring internationally since it premiered at the 2013 arts festival.

Lessness is a co-production between The EmergencyRoom and Galway International Arts Festival in association with Cusack Projects Limited. The EmergencyRoom was created by Fouéré for projects ‘in need of immediate attention’ and as a virtual holding space for the development of performance-based ideas which are followed by partnerships with established production companies for the full creation of the work.

Lessness and riverrun seem polar opposites; Joyce’s linguistic superabundance contrasting with Beckett’s frugality but there are interesting similarities between the plays, as Fouéré admits; “They both describe life in multiple layers. In Lessness there is kind of a fixed landscape but it’s one that never seems to be still; you’re always viewing it from a different place and the interpretation of it is massively variable. With riverrun it’s a constantly moving river obviously, so it’s not a fixed place. To me what links them is that they describe a state of consciousness through landscape.” 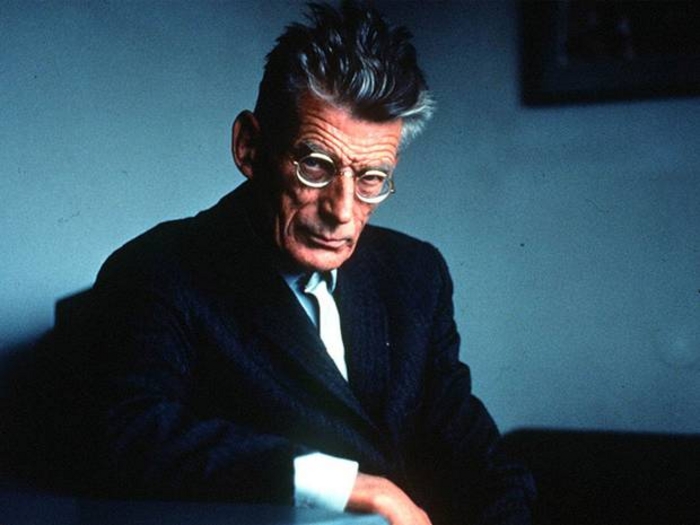 Fouéré first came across the work shortly after it was published by John Calder in one of his beautiful Signature Editions. "It was published on its own and it’s much more powerful when you encounter it that way," she says. "In a collection you can easily pass over it because it only fills a page. The way it was laid out in this beautiful edition gave me a whole new entry into the piece. I bought it and thought ‘I know I am going to do something with this some day’. This was even before I had become an actor. Beckett was the first writer I encountered who spoke directly to my interior landscape.”

This is not the first time Fouéré has adapted Lessness for the stage. “I did it at the National Theatre in 2002 and that had a few showings in different places. I wouldn’t dismiss that rendering of it but I felt that I didn’t get anywhere close to what I wanted to do with it so I now have an opportunity to have another go at it. My approach to it this time is completely different although inspired by the same thing.”

She describes Beckett’s patterning of the piece; “Beckett wrote 60 sentences and then pulled them out of a jar at random and that is how he put them together. The whole piece is composed in 24 stanzas, like the 24 hours of the day. Half way through all the sentences are repeated but in a different order. So you get 12 stanzas then another 12, like the 12 hours of day and night. That’s another big connection with riverrun; Lessness refers to dusk and dawn and in riverrun dawn is always about to arrive.”

The staging sees Fouéré sitting at a desk with a back-projection behind her; “The Barbican suggested I do it in this little cinema which is part of their complex,” she tells me. “When I saw it I thought ‘this is perfect’, it tied in with one aspect of how I wanted to approach Lessness because what I always strive to do with Beckett is that I am really there as a transmitter, it is not coming from me, it’s like Morse code!

"The cinema let me be like a Pathé newsreader and I could use the screen to reference another space. I had a very clear idea of the kind of projection I wanted to use, it’s based on Super 8 but is digitised. It’s a simple device but it works beautifully, it doesn’t really describe anything beyond a sense of movement and space elsewhere which is somehow the source of the communication. I have the screen and I am sitting at a desk that, as it were, is receiving the ‘morse code’ and delivering it. Like anything else once you connect an image with words the image starts to take over and hopefully that is what happens in the piece.”

Lessness runs at An Taibhdhearc from July 22 to 26 at 6pm with matinees on July 23 and 25 at 2pm. Ttickets are €15 - €18. See www.giaf.ie Olwen also features in the acclaimed new film, The Survivalist, written and directed by Stephen Fingleton, which is being shown at the Galway Film Fleadh on Friday July 10 at 8pm. She will be present for the screening.