“THE WHEEL of Fortune, round it goes, where it stops nobody knows” goes the old fairground cry and for Jason Byrne’s new show that cry will be the maxim of the night, taking the audience and the comedian himself into uncharted, maybe even unchartable, territory.

Jason Byrne, hailed by The Times as “the outright king of live comedy”, comes to the Seapoint Ballroom, on Saturday January 24 at 8pm to perform that show, armed with his own take on the wheel of fortune - the ‘wheel of stand-up’ - and a title that demands audience participation - You Name The Show.

Let the audience name it

Perhaps the only prediction which can be made of You Name The Show is that it will be unpredictable.

“The show is different every night,” Jason tells me during our Tuesday morning interview. “We have a wheel of fortune with different categories on it like ‘stand-up’ or various stunts which I then get the audience to perform. It turns the whole comedy gig format upside down and on its head. I also give the audience a whiteboard where they can write a name for the show. The best one so far came during the British tour, in Middlesex - ‘The fat lady in leggings! The camel wants his toe back’.”

The nature of the show allows plenty of room for mischief and Jason’s trademark high energy and love of improvised comedy, but where did the idea for it all come from?

“From the fact I’m completely deranged!” The Dubliner declares. “So, instead of a normal show, I’ll let the audience name it! It keeps me interested because I want to make it seem that people are getting a show to themselves, that the next night won’t be a repeat. I like to mix it up, that’s what I love to do. I’m at my most intelligent on-stage. All sorts of things open up in my mind when I’m on there. As soon as I come off stage I can’t think of a thing. I can’t even do a crossword.”

You Name The Show has already gone down a storm with audiences and critics in Britain, Australia, and New Zealand, so what has been the strangest thing the ‘wheel of stand-up’ has led an audience member to do?

“It was in Cambridge,” says Jason. “As part of the show I interview members of the audience. I get them to come up on stage and I ask them a few silly questions. There was this guy who wanted to come up on stage and ask his girlfriend to marry him, except I called out the wrong names, so there I am thinking it’s the two people in front of me that want to get married, and I’m saying to the guy ‘Isn’t there something you want to ask your girlfriend?’ and he says ‘No’. ‘Ah but there is something you want to ask her’, ‘No’. ‘Are you sure now?’ ‘Yes’. The guy thought he was being set up. That was the weirdest one.

“Then there was a show in Geelong in Australia, where people were asked to rob. ‘Rob something’ is one of the dares on the wheel of stand-up, but these guys wouldn’t stop! They were basically kids, and they kept coming back in with food and shopping trollies, and all sorts of shit. They just kept on robbing!”

Given that Jason has toured the show across three very different countries before brining it to Ireland, what are the main differences in the way each of those audiences have reacted to You Name The Show?

“Ireland is the same as well. Cork is different from Belfast which is different from Dublin. I just morph into each town. I like to find out what’s going on, and have a chat with the audience, and gauge the mood. Irish audiences are the hardest to gig for. There can be an attitude of ‘Who does he think he is, standing up there?’ but that’s OK. If I was in the audience I would be thinking exactly the same as well. It does make you up your game.” 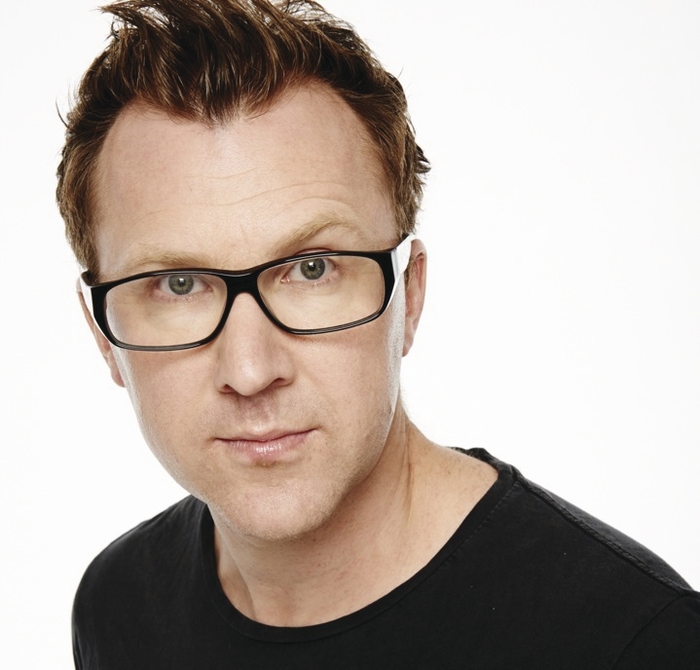 As well as taking his new show across venues in Ireland, Jason will also be back on Irish TV screens this month with his new comedy chat show, Snaptastic, which starts on Sunday January 25 on TV3.

“It’s different to other chat shows, it will be crazy,” says Jason. “The guests bring in snapshots of themselves from when they were children or photographs that are special to them or that are funny, and we base the interview around that. Audience members will also bring in pics and Foil, Arms and Hog will also perform a sketch based on the photos, about what might have happened next.

“You’re going to find out stuff about them you never know and see them as they’ve not been seen before, from the conversations about photos of them as kids,” says Jason. “It also allows the guests a chance to be interviewed about something different. We have Pat Shortt and he told me afterwards it was the best chat show he’d ever been on, and that it was great not to have to be asked about Kilnaskully or D’Unbelievables.”

Although Jason is one of the biggest names in Irish comedy, he has proved to be a ‘love him or hate him’ figure for some, but the Dubliner is well capable of enduring the critical barbs.

“I know the show is going to get slated!” he says. “There’s going to be people saying ‘What is that!?!’ but after about two weeks they’ll see that it’s quite good.”

A final word then about a subject close to many a comedian’s heart - football. Jason is a Man United fan, but is out numbered among his family who support a very different team that wears red.

“My son is Liverpool and his uncle and granddad are Liverpool as well. I’m scum of the earth in my house when it comes to football,” says Jason. Not that he minds, given how Man U, having started the season so poorly, now find themselves only behind Chelsea and Man City in the league. Liverpool’s season though has been at best indifferent, a shadow of the side they were in 2013-14 when they enjoyed the dynamic partnership of Suarez and Sturridge.

“That’s brilliant though,” adds Jason mischievously. “I love upsetting them! I was asking my son what he thought of Liverpool this year and he’d say ‘I’m not hopeful at all!’ He’s angry.”

Jason Byrne’s show is a ‘Róisín Dubh presents...’ event. Tickets are available at www.roisindubh.net, the Ticket Desk at OMG Zhivago, Shop Street, and The Róisín Dubh.