CITÓG, THE Galway music night which supports original, emerging, and alternative rock, pop, electro, and folk artists, returns in December for a second instalment of Wednesday night gigs at the Róisín Dubh.

Floor Staff have played Hard Working Class Heroes and the Electric Picnic. Anthony is currently working on his debut album, due for release next year. Support is from Galway indie-rock band Canaries and singer-songwriter Stephen McLoughlin.

The December 10 gig will be a feast of some of the most exciting electronic music currently being made by Galway and Irish acts with sets from Nanu Nanu (pictured below ) and VOIDS. 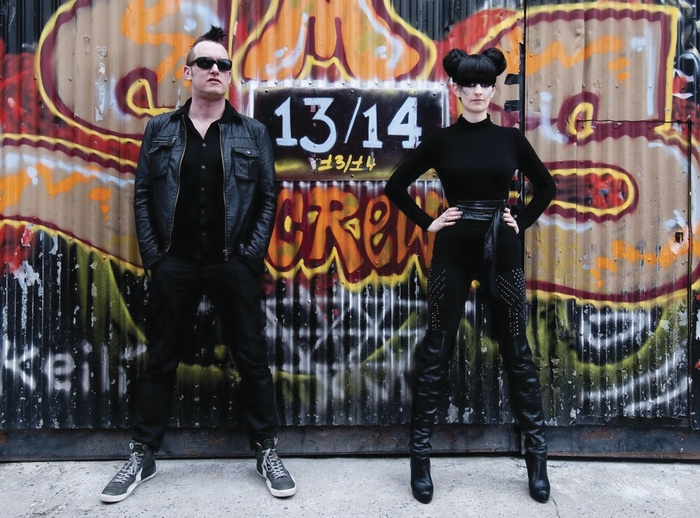 Galway’s VOIDS are a left-field indie-electronica duo formed in 2012 by vocalist Alison and instrumentalist Andrew. Their music incorporates effected vocals, harmonious bass loops, and tripped-out beats that build layers of emotive textures. Earlier this year they released their debut mini-album Begin via Sert One’s Fly High Society label. This is the sublime and haunting title track:

The third Citóg night on December 17 sees a change of pace towards more roots and folk-rock based music with Felix Sonnyboy and A Band Called Wanda.

Felix Sonnyboy is an American folk and roots-rock singer-songwriter who, like Woody Guthrie before him, travels the world playing and writing music. Some of his adventures are chronicled humorously in ‘Pocket Full Of Pennies’ from his 2013 album Full Moon Saloon:

Self-proclaimed ‘folk’n’roll’ group A Band Called Wanda are something of a Galway institution. Despite keeping a low profile they have played support to David Gray, Alabama 3, Stornoway, The Coronas, and The Sawdoctors, and been featured on Balcony TV:

Support is from The Bluebirds, a Galway vocal harmony trio of Laura Lynn, Jenny Groarke, and Lorraine Flanagan, who are also working with acclaimed County Galway singer-songwriter Ultan Colon and his band.

Doors for all gigs is at 8pm. Admission is free.