SOMETHING UNPRECEDENTED and utterly original will happen in Galway this month - a wild and thrilling fusion of live theatre, cinema, radio, rock concert, and the Irish language. This is Fiach from Fíbín sa Taibhdhearc.

Fiach - the first Irish language drive-in drama - is an outdoor spectacle that will be performed in the car park of The Black Box Theatre on Friday March 11 and Saturday 12.

Written and directed by Philip Doherty, Fiach is Inspired by the Greek myth of Orpheus and Eurydice and the Irish legend of An Toraíocht, and centres on a rebel Garda who chases a local hoodlum into the underworld.

Thinking outside the box 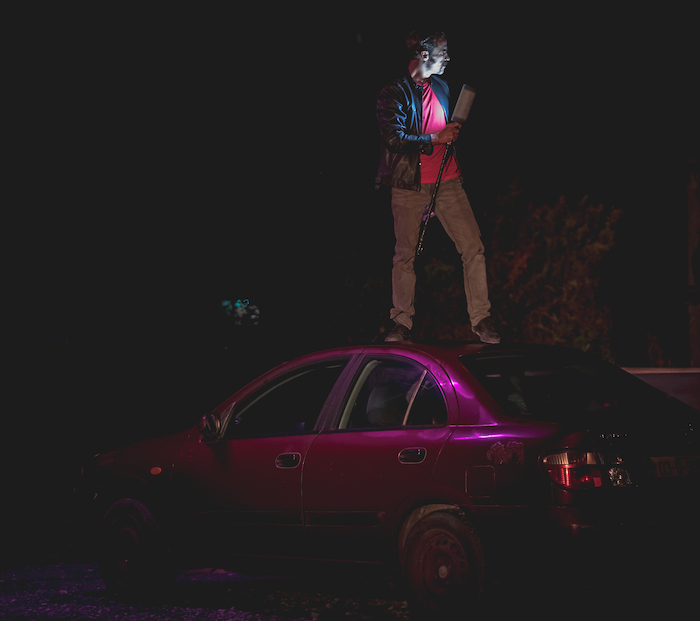 “It is an unprecedented hybrid between live theatre - actors performing live inside cars on raised podiums; cinema - six cameras edited live and projected onto a huge screen; a radio play - the sound coming through the car radios; and a rock concert,” explains Doherty. “When we performed the premiere run in Connemara in 2020 during the first lockdown, the atmosphere was something like a festival.”

The unique nature of the show, where audience members will watch from their cars, was inspired by the restrictions necessitated by the Covid-19 pandemic.

“The pandemic stopped live theatre in its tracks, audiences were not allowed to congregate as a communal experience,” says Doherty. “We had to think outside the box. A drive-in show was our solution - audiences watching a live play inside their cars with the sound coming through their radios, and cameras projecting the actors' live performance onto a huge screen. What story though? Well what story would be better to experience from the inside of your car than a car chase?” 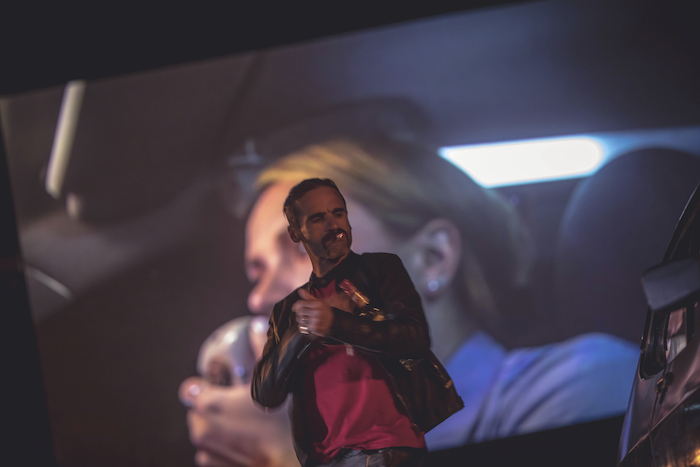 An important aspect of this show is that it will be performed as Gaeilge, and Doherty believes “Fiach is innovative in terms of theatre in any language”.

“We took a leap of faith with an incredible design and technical team led by Mick Murray,” he says. “We had never done anything like this before. We had to embrace the latest technology, borrowing ideas normally presented in other artforms, and trust in the process, and risk creating something new. In the end what was presented was a completely new experience for spectators, accessible to everyone with or without Irish.”