WHAT A time to be Galway theatre company Fíbín sa Taibhdhearc! Not only does it have a new show coming next month, but its artistic director has been getting rave reviews internationally for his debut film.

Fíbín Sa Taibhdhearc will present Fiach - the first Irish language drive-in drama - an outdoor spectacle that promises to “take you on a joy-ride of comedy, drama, and suspense” as a rebel Garda chases a local hoodlum into the underworld.

The show will mix drive-in movie, rock concert, projection, special effects, and radio play, and audiences can expect to be on the edge of their car seats, when it is performed in the car park of The Black Box Theatre on Friday March 11 and Saturday 12.

Inspired by the Greek myth of Orpheus and Eurydice and the Irish legend of An Toraíocht, Fiach is written and directed by Philip Doherty, whose film, Redemption Of A Rogue, has been profiled in the prestigious international film magazine, Variety.

Redemption Of A Rogue was written and directed by Doherty and stars Siobhán O’Kelly and Dara Devaney. It was made on a budget of only €40,000. Variety has called the film “exceptional” and “inspiring” and described Doherty as “a promising talent, one who might be the spiritual heir of Anglo-Irish filmmaking brothers Martin and John Michael McDonagh or even the Coen brothers”.

The film is a black comedy with Biblical overtones that tells the story of a prodigal son returning to his rural Ireland hometown seeking redemption for his sins. It won Best Irish Film at the Galway Film Fleadh; Best Director at the Kimbibos Film Festival in Greece; and Best Film at the Bucharest Film Festival. The film has also found its way onto Netflix.

Variety said of the film: “Doherty displays winning confidence, visual imagination and stylistic bravura as he elevates a witty but foul-mouthed village comedy into something more provocative and universal.”

Doherty [pictured below] is thrilled at the positive reaction to his film, and he is looking forward to staging Fiach next month. 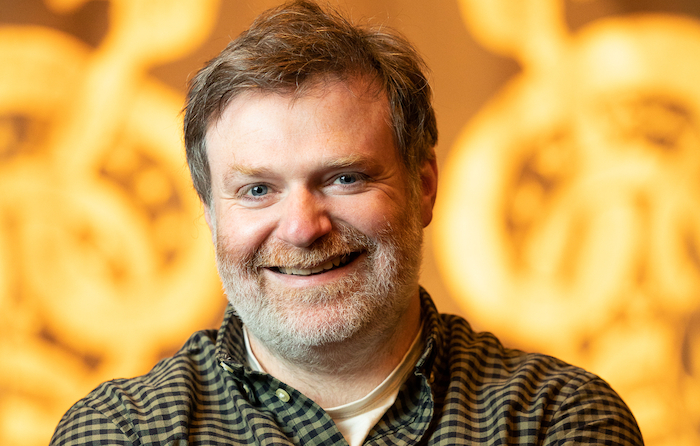 “It is unbelievable the international attention Redemption Of A Rogue is receiving,” he said. “The fact that a film shot in Cavan, and made largely by a local cast and crew is being reviewed and lauded in some of the most prestigious film publications and in the international media generally and the fact it’s on Netflix alongside some heavy-hitting movies. Well, it’s both amazing and surreal.

"Fíbín also wanted to rise to the challenge in making theatre that is thrilling and poignant for a live audience. We've had to think outside the box, and we wanted to ensure Fiach would be inventive, full of energy and imagination but would also tell a strong, powerful story. We are delighted with how Fiach has turned out.”