THE HERITAGE of bobbin lacemaking, unique to the Headford area, has been celebrated in a dramatic manner, through the creation of the impressive Lace Matrix sculpture in the north Galway town.

The sculpture, designed by the internationally renowned artist, Róisín de Buitléar [pictured below], in response to a commission from Headford Lace Project, has been causing surprise and delight among locals, visitors, and those passing through the town centre. 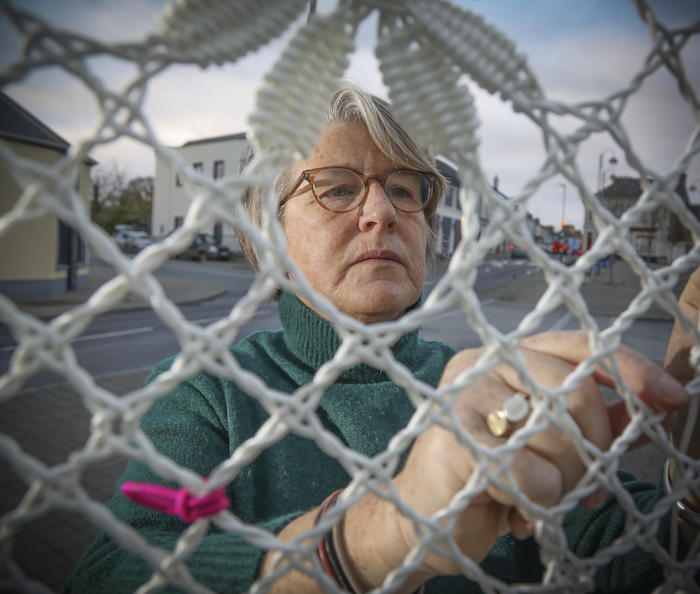 The sculpture is an installation and a permanent piece of public artwork and is located in St George’s Square. The aim was to celebrate the lacemaking tradition of the Headford area, which, in August 2021 was officially recognised as an ‘Intangible Cultural Heritage of Ireland’.

Lace Matrix is in the shape of a valentine heart and is based on the first uncovered lace sample attributed to Headford’s lace history. 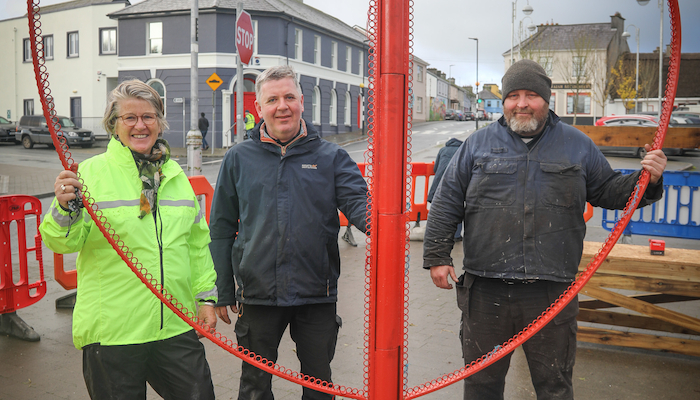 Drawing on ideas from vernacular farm ironmongery and keen to employ a local fabricator, Róisín de Buitléar worked with local blacksmiths, Pat Monaghan and Simon Harte [pictured above], from the Forge Metalworks in Caherlistrane, to create the framework.

The heart shaped frame allows the sculpture to be filled with different lace patterns. The loops of metal surrounding the frame echo picot edging found on the border of lace, which are used to hold the intricate lace patterns. De Buitléar, and bobbin lace tutor, Jackie Magnin, worked together to evolve the artist’s design - a matrix of flowers and diamonds, scattered over a honeycomb pattern, known as a torchon ground. 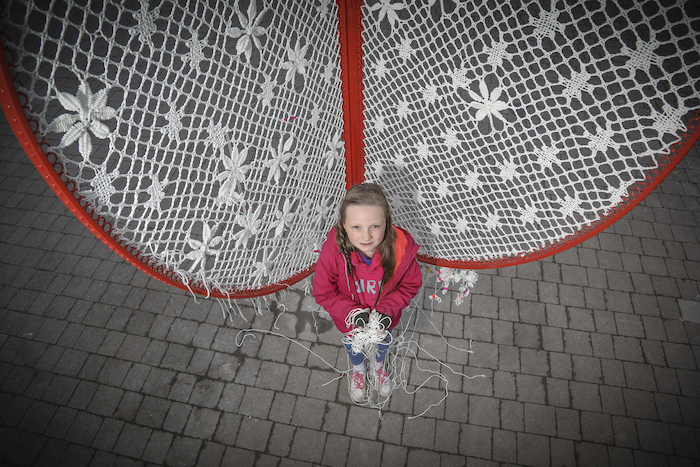 Last week saw a six-day lacing marathon where more than two dozen volunteers, ranging in age from 10-years-old to 80, and from highly experienced lacemakers to passers-by, working the interlinked patterns using heritage techniques with a very modern twist.

Unlike traditional bobbin lace, created on a pillow in the lap or on a table, Lace Matrix requires vertical, rather than horizontal, work, and used thick parachute cord rather than the fine linen threads usually associated with lacing. 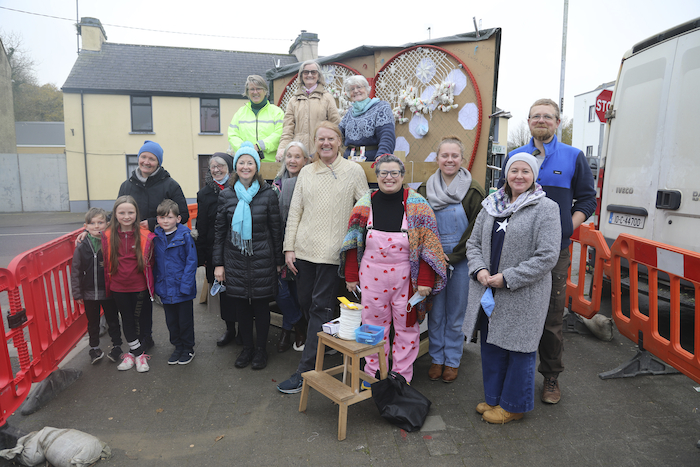 Two kilometres of cord was used to fill the two-metre high structure which took more 190 (wo )man hours to complete. The fact it was laced outside provided a link to the women of the town in the 1750s who made bobbin lace to supplement the family income. Those women often worked outside due to poor indoor lighting, and often worked in very constrained circumstances for limited pay while their lace was sold to the wealthy elite at a profit. 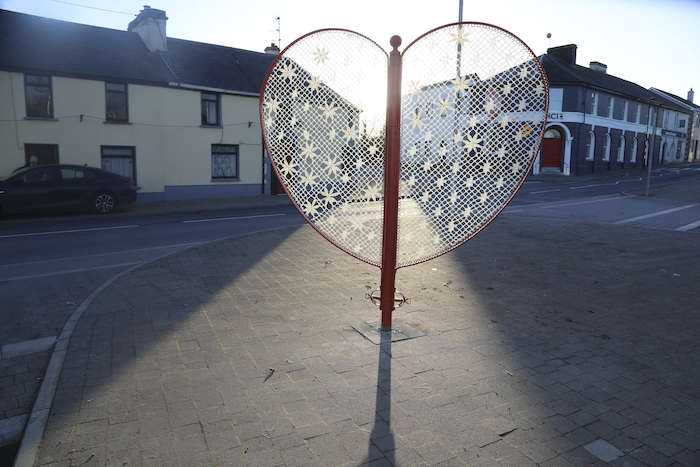 Headford lacemaking continued in the town until the early 20th century, after which it was all but forgotten, until 2016 when a tiny piece of bobbin lace was discovered, leading to the establishment of HLP which has worked since to research, revive, and reimagine Headford lacemaking.

HLP has since trained more than 80 apprentices in the intervening years, and collaborated with a variety of individuals and groups, both nationally and internationally, in the areas of classical music, film-making, drumming, community theatre, and fashion design.

The future of Lace Matrix 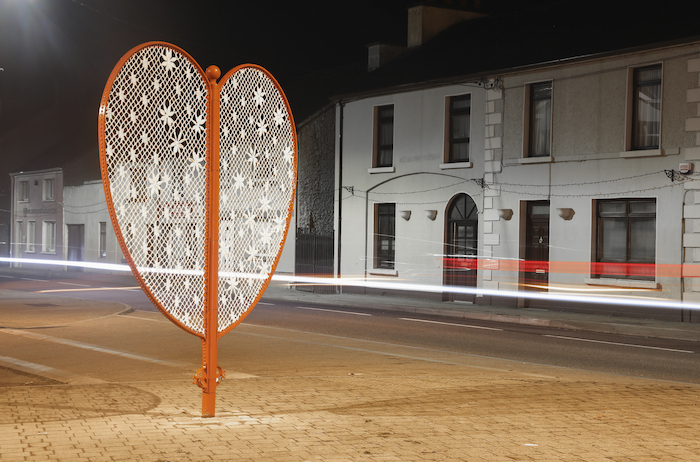 The current lacing on Lace Matrix is expected to be in place until summer 2022. HLP plans on working with different artists, craftspeople, and community groups to ensure the lacing within the sculpture changes and evolves in new ways.

The project was funded by Galway 2020, European Capital of Culture, and was one of the final projects to be completed in the Small Towns, Big Ideas strand.