THESE ARE changing and exciting times for Resurgam, the Galway project based vocal ensemble. Already regarded as the premier such ensemble in Ireland, its new general manager, Vlad Smishkewych, has ambitions to make them a force across the European continent.

“It’s important to champion the things that are happening along the west coast of Ireland, and outside of Dublin,” Vlad tells me, during our Monday afternoon interview. “There are so many good things happening in Ireland, but not everybody outside of Ireland knows what we have.”

The first outing for Vlad - best known as a presenter on Lyric FM - in his new role will be at Resurgam’s Abendmusik concerts this weekend, which includes a performance in St Nicholas’ Collegiate Church on Sunday November 21, with the choristers of St Nicholas’ Schola Cantorum and Resurgam’s new Baroque ensemble, Vespera.

Building on the success 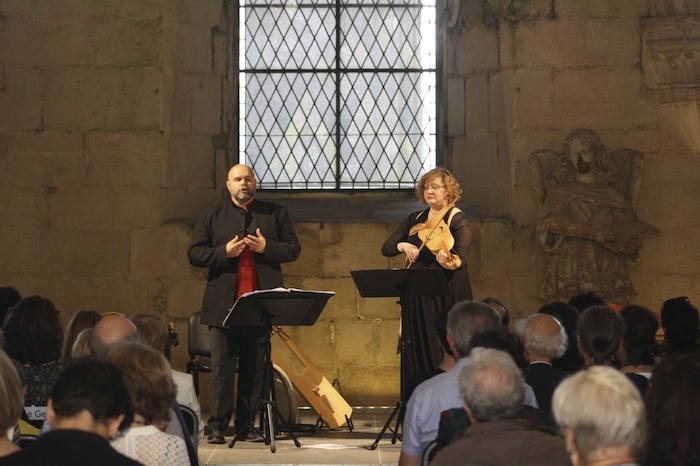 Vlad Smishkewych performing in Portugal in 2019 with Michelle L O'Connor on vielle.

Resurgam was founded in 2003 by Mark Duley, a choral specialist, NUI Galway lecturer, and organist at St Nicholas’. The previous manager was Lucy Hayward O’Leary, who has stepped down to concentrate on the professional string orchestra Luminosa, which she co-founded in 2018.

Taking over the role of general manager is a person more than qualified to ensure Resurgam maintains its position as “one of the most accomplished choirs on this island”, as it was described by The Irish Times.

Vlad Smishkewych is the presenter of Lyric FM’s Vox Nostra, the wonderful Sunday morning programme of early music (he is also a frequent stand-in on Blue of the Night and Vespertine, andoccasionally steps in for Niall Carroll’s Classical Daytime ). He is also an acclaimed early music singer, as well as an academic - he formerly directed the MA in Ritual Chant and Song at the Irish World of Academy of Music and Dance, at the University of Limerick. With historical keyboard specialist, Dr Yonit Kosovske, he founded H.I.P.S.T.E.R. (Historically Informed Performance Series, Teaching, Education, and Research ) and this year launched the Limerick Early Music Festival.

Throughout his career, Vlad has performed with, and been a member of, the Sequentia Ensemble for Medieval Music and Paul Hillier’s Theatre of Voices, and appeared as a soloist with The Harp Consort and Ars Nova Copenhagen. He has also sung with Resurgam, and it was these appearances that piqued his interest in the Galway based ensemble.

“I liked Resurgam because it was project based, which is good because it’s not limited to a given style,” says Vlad. “They are light on their feet stylistically as they have a core of excellent singers. At the same time, the thread that unifies them is Mark Duley’s work and the choral repertoire. We coincide in a love of 17th century Italian and German music, but they also have done jazz and the Messiah.”

Vlad has many ambitions for Resurgam. The ensemble’s prominent position in Ireland is one he is determined to maintain, but he also feels the rest of Europe needs to see and hear Resurgam. In short, it is a time for expansion.

“I want to build on the success of other projects I have done, such as at UL, which was about guiding students, and being nurturing, and flexible” he says. “I feel this is about nurturing the ensemble organically. I want Resurgam to be more active on the recording stage. Sooner than later I want to work out a recording schedule.

“Outreach and education will be important as well, and attracting new members, as the torch has to be passed on to a new generation.

“I want to create connections with Europe and I feel I can offer that through my connections with the European Early Music Network. I want to look at doing concerts outside of Ireland and make Resurgam better known outside of Ireland. You can’t keep your light hidden under a bushel, you have to put it on top, so European audiences can see more of us.” 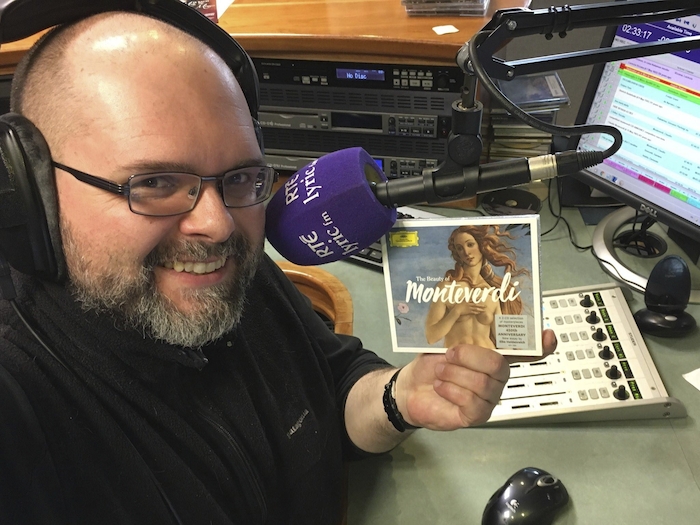 Vlad at the Lyric FM studios in Limerick.

Sunday’s concert in St Nicholas will also mark the debut of Vespera. For Vlad it is “exciting to have a new ensemble dedicated to historically informed performance”. As a champion of early music, this is something especially close to Vlad’s heart, and his philosophy of music.

“For me, that’s really the driving force - a way of approaching music, regardless of what style it’s in. It’s the work behind it, it’s studying what the old tools teach us and being brave, and bringing a sensitive musical sensibility to it. That’s it in, not so much a nutshell, but perhaps a coconut shell!” 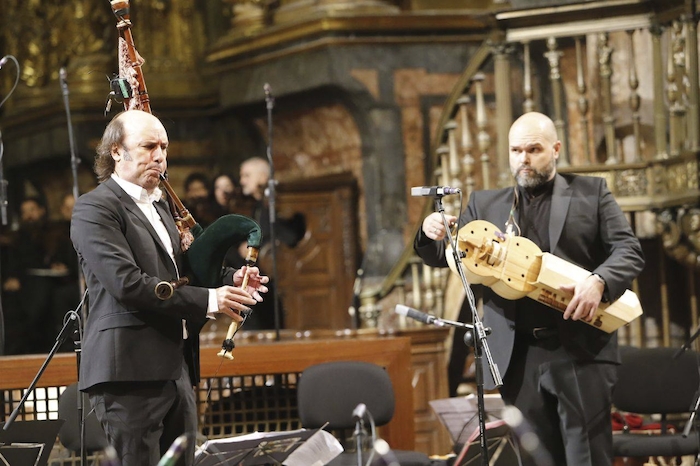 A historically informed performance means using period instruments and techniques - often quite different from the standard techniques taught to classical musicians. This can result in works, say by Bach, etc, sounding very different from how we are used to hearing them, but far closer to how original audiences would have experienced the music.

“Vespera will be under the tutelage of Claire Duff of the Irish Baroque Orchestra,” says Vlad, “and to start off they will be performing with historic instrument bows. Old tools teach us, and these bows teach us much about the particular kind of phrasing that comes with that.”

Sunday’s Abendmusik concert will feature a programme to prepare audiences for advent, with cantatas and motets by Bach, Buxtehude, Praetorius, as well as music by Scheidt, Purcell, and others.

“The time is right for this kind of music,” says Vlad. “We are starting to think about mid-winter and the light starting to come back. It’s going to be a night of gorgeous music.”

Tickets for the St Nicolas’ concert are available via www.resurgam.ie Listen to Vlad Smishkewych’s Vox Nostra on Lyric FM each Sunday from 7am to 10am.