ONE ARTIST’S vision and interpretation of the islands of Ireland and Scotland, and of Malta, will combine to form a major new exhibition at The Kenny Gallery.

“I’ve been pulled to islands since I did work in Malta in the late 1980s,” says Reaney, referring to a group of local artists, including John Behan and Vicky Crowley, who visited Malta as part of the group Island Connection. 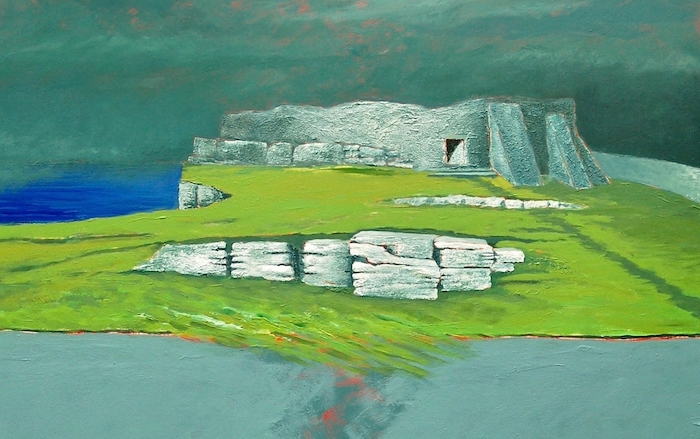 Detail from Dún Aonghasa, acrylic on board.

This collection of paintings and graphics will take viewers on a visual European island hop. It comes from work initiated in the 1980s, and since derived and developed from the artist’s repository of sketchbooks and studies.

A founder member of Western Artists, Island Connection, and Drimcong Press (with Brian Bourke and Jay Murphy ), he was awarded the Padraic Mac Con Midhe Prize at the Oireachtas in 1979. He represented Ireland in the XVIth Grand Prix International d'Arts Contemporain de Monte Carlo in 1982, and served on the Board of Directors of the Galway Arts Centre from 1996 to 1999. 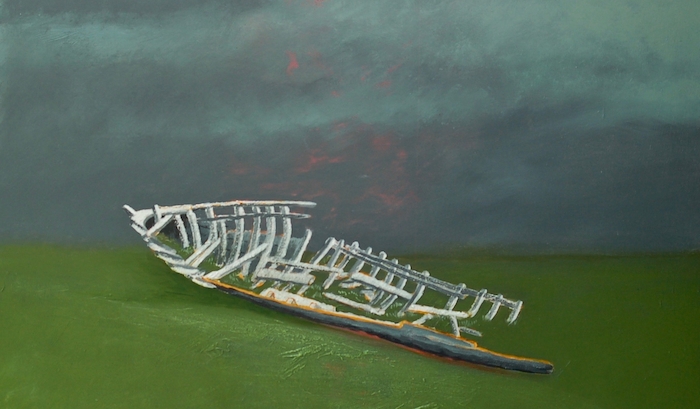 Detail from Old Boat, Inishnee, Roundstone, acrylic on board.

His work is in public and private collections in this country as well as in Europe, Canada, the United States, Brazil, and Japan.

The exhibition will be officially launched by poet Joan McBreen. In line with Government guidelines, face coverings and Covid certs (or valid proof of recovery ) are required for attendance.