WHEN THE email arrived, asking Fiachna Ó Braonáin to audition for a part in TG4’s long running soap Ros ns Rún, his first thought was “Again?”

Despite great success with The Hothouse Flowers, and his regular radio shows, Late Date on RTÉ Radio 1 and Seomra Glas on Raidio na Gaeltachta, previous auditions - “Twice in the last 10 years” - for TV had, by the songwriter’s own admission, been “spectacularly unsuccessful”.

Yet, as a performer, a Gaelgoir, and a man with a passion for Connemara - his Grandfather was from An Cheathrú Rua - he could not say no. The only problem was, how to audition with travel restrictions in place due to Covid-19? 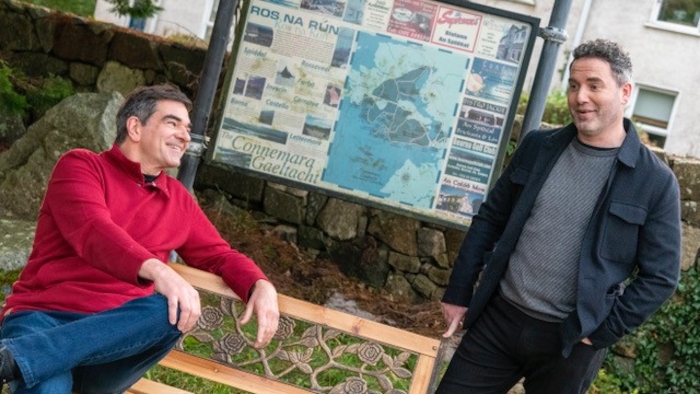 Fiachna, like many during the pandemic, found the solution lay in technology. He performed his piece to camera while a speaker played the lines of the other characters in the scene - all voiced by Fiachna himself. It was a clever move, and it worked - Fiachna Ó Braonáin would be playing Luke Ó Riordáin on the Irish language soap.

'I decided the best approach was to be as natural as possible, to speak the lines as if they were me speaking them, not somebody else'

“Luke is a friend of Niall Breathnach, and they were in college together,” says Fiachna of his character. “He comes to the village, nobody is sure why. He and Niall are delighted to reconnect, but Luke wants to travel the world. Niall has a child and is settled. 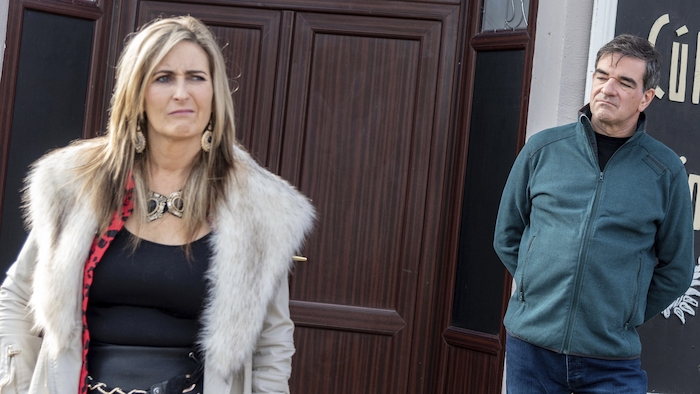 “Then there is Bobbi Lee, who he gets off to a rocky start with. She says she’s recording a country album, and Luke says, ‘That shouldn’t take you long, all those songs sound the same.’ Luke is a psychologist. He’s interested in people and the human condition, and that also makes others interested in him, especially the women of the village, and he is a charmer.”

So, a tall, dark, and handsome stranger enters town and captures the eye of the ladies? Is this not Fiachna Ó Braonáin being typecast? He laughs at the suggestion. “I’ve been married for many years!” he says. “Although there were chapters in my twenties where I could have been a bit like Luke.”

Not having had any acting experience before, Fiachna was aware he was taking a risk. “Performing on stage in a band is not the same as acting,” he says. “I’ve always wondered how actors do it. I decided that, for myself, the best approach was to be as natural as possible, to speak the lines as if they were me speaking them, not somebody else. The part was written with me in mind, so, why not?”

'We also got to meet Joanna Lumley, which, for a group of young lads, was quite something'

It says something about the resilience and quality of Ros na Rún that the show, in the midst of a pandemic, is celebrating its 25th year on air, and Fiachna has been impressed by how the series is adhering to Government guidelines. 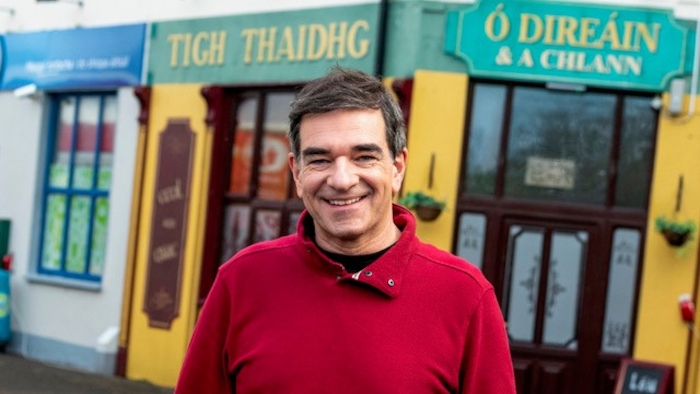 “Everyone is very careful,” he says. “We’re all wearing masks. We rehearse with masks. The only time we are not is when the actors are shooting a scene. There is a guy going around with a 2m stick to ensure everybody is 2m apart. There is a person who sanitises every prop we touch. When we are doing a scene all the actors will be 2m apart, although there is a way you can shoot the scene and position the cameras to make it appear as though we are much closer than we actually are. At no point do you feel uncomfortable. In fact, it’s been great fun.”

That time on Lovejoy...

Ros na Rún, however, is not Fiachna’s first time on a TV series, there was of course Lovejoy, the comedy-mystery series, starring Ian McShane. The Hothouse Flowers appeared as themselves in the 1992 episode, ‘No Strings’.

“My God, it was nearly 30 years ago!,” Fiachna says. “We were invited to play ourselves, and in the show, I had this ancient harp which we saw as a kind of talisman, but it was stolen at a gig, so we had to get Mr Lovejoy to locate it. I remember Ian McShane was charming, and we also got to meet Joanna Lumley, which, for a group of young lads, was quite something.”

'Seán Bán Breathnach had blagged his way into the BBC to get the scoop on our appearing on Top of The Pops!'

Lovejoy’s side-kick Tinker was played by the late Dudley Sutton, who became a close friend of Fiachna’s. “He passed away two years ago, but I spoke to him not long before he went,” he says. “He used to perform comedy routines at Glastonbury, so we used to meet him there. In his younger days he moved in the same circles as Behan and The Clancy Brothers. He was mad and fun.”

The Hothouse Flowers’ TV performances on Top Of The Pops from the late 1980s and early 1990s have also been airing in recent years on BBC4. Fiachna admits he hasn’t watched them, but recalls very vividly the band’s first appearance on the legendary show.

“The first time we did Top of The Pops, performing ‘Don’t Go’, Seán Bán Breathnach turned up!” Fiachna says. “We were in our dressing room, we were very excited, and then there was a knock on the door, and a man comes in and says, [imitating a very formal English accent] “There’s a man here who has come all the way from Connemara to see you.” It was SBB! We said ‘Bring him up!” He’s just gotten on the boat, and blagged his way into the BBC to get the scoop on our appearing on Top of The Pops! There was a great sense of achievement in getting on the show. Back then, being on a weekly TV show like that meant something.” 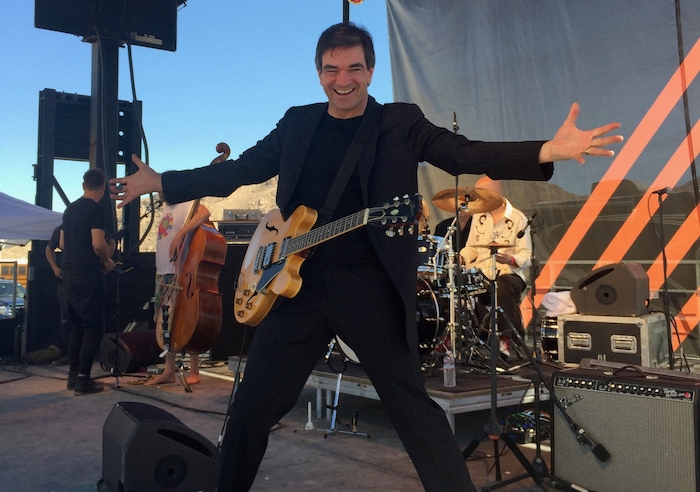 Fiachna is, of course, a musician first and foremost. Away from television, he has kept busy on that front, and last year oversaw the re-issue of his debut solo album, Bougainvillea, and release the EP, Winter Sun, which went to No 1 on the ITunes singer-songwriter charts.

Key to this was Clare Sands (“a very natural musician, and singer-songwriter,” says Fiachna ), who he got to know when The Hothouse Flowers invited her to play support at the Cork Opera House three years ago. Then, Fiachna’s daughters sent her some of their father’s music.

“She added fiddles, backing vocals, and some post-production on my song, ‘Take A Look Around With You’. It was a song in my archives I’d written about 15 years ago. I’d always thought it too maudlin, but when I heard what Clare had done with it, I heard a snapshot in time from a new perspective.”

Clare then suggested working on ‘Bottle Of Rum’, which had originally appeared on Bougainvillea, coming up with a new string arrangement, some chord changes, and dropping the key. “I was thrilled with the outcome,” says Fiachna.

'I'm fortunate I branched out'

A request then arrived for Fiachna to compose music for a collaborative work between a photographer and a film-maker, which resulted in the track ‘Winter Sun’. Following a recording of ‘Amhrán na Trá Báine’, a song Fiachna’s grand-uncle Val used to sing, an EP’s worth of material had been assembled.

The experience, and the positive reaction from the public, has encouraged Fiachna to work towards further new music. “Clare and I are planning a songwriting camp and recording some more,” he says. “Perhaps an EP or an album.”

Taking stock of the last 12 months, Fiachna realises he has much to be thankful for. “I feel so fortunate that I branched out,” he says. “The Hothouse Flowers were due to play Glastonbury and tour Germany, but with Covid-19, the concert calendar has been empty. That was very disappointing, but for a musician to be able to say he is busy in these times, it’s a blessing really.”