The film centres around one day in a recording studio, as blues singer Ma Rainey records with her own band and two white record executives. She is late so we start with the band waiting - three old timers and a young trumpet player, Levee. Eventually Ma turns up (and boy, what an entrance ) with her entourage and it all kicks off.

The film says quite a bit about ownership of music and culture. When the music is finally recorded and release forms are signed, Ma know’s she loses her power. She gets her $200 but knows the white record label executive will earn 10 times that from her music. Knowing this, Ma spends the opening half of the movie expressing her power like a diva. She demands a coca cola moments before they are about to record, she insists on a job for her young nephew, and even flaunts her young, beautiful, girlfriend around the studio. 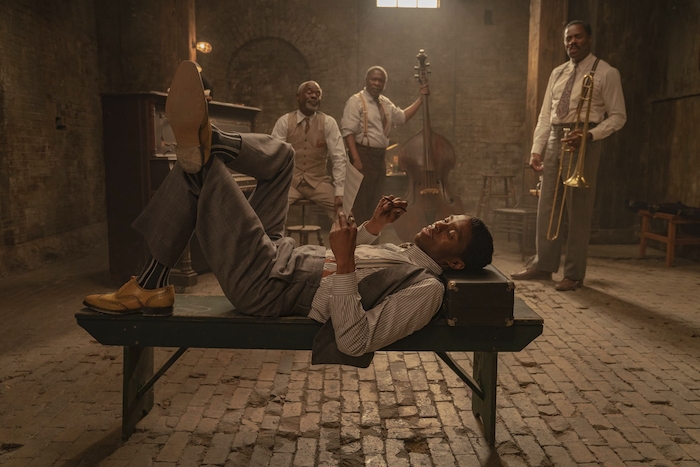 The film also deals with race, financial gaps, and ideological generation gaps. The arguments are wonderfully articulated and points are made through allegory, personal anecdotes, and memories. It is funny, and heart breaking, with the electric rat-a-tat dialogue August Wilson is known for.

The film would really struggle with lesser performers. The leads, Viola Davis and Chadwick Boseman, absolutely demolish the script. Boseman, who tragically passed away earlier this year at 43 from cancer, gives his career best performance (he could posthumously win Best Actor award at next year's Oscars and it will be thoroughly deserved ). 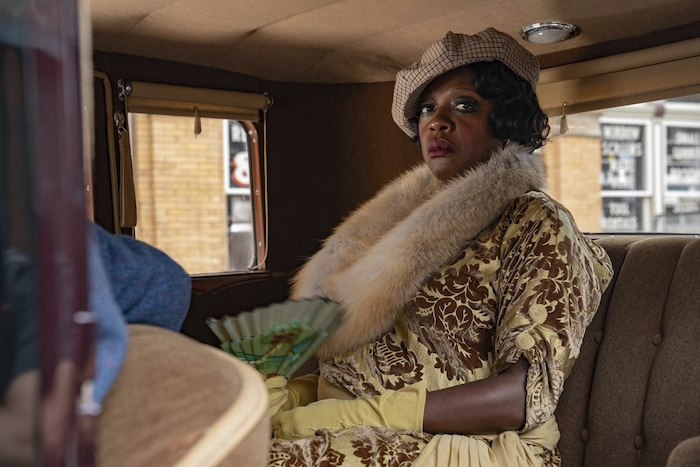 Davis is her usual wonderful self, with a great command of Wilson's words. She has the rhythm down for Ma Rainey, who was known as the 'Mother of the Blues', and gives one sensational musical performance.

However films based on plays are almost always limited. The director, George C Wolf, takes the safe option and basically films a staged show. He is a broadway director so the producers were not looking for a brave interpretation. The real strength is the words so they let them do to the talking. It unfortunately, though, feels a little static and stationary. 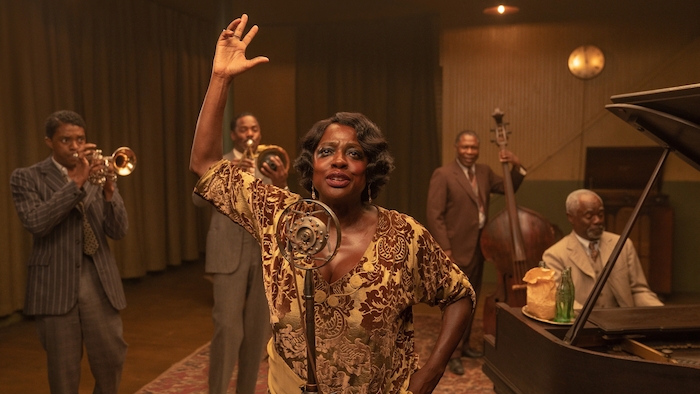 This is another ambitious attempt from Netflix that I do not think will resonate massively with broader audiences. However there is a lot of good stuff in here if you stick with it, especially the two lead performers who make the film worth watching. It is only 90 minutes, so if you are in the mood for something reasonably heavy, check it out, but I can see why people find it a little static and slow.