A new film festival – Science on Screen Film Festival Ireland – runs from this Thursday November 5 to Sunday November 8. The festival, hosted by CÚRAM, the SFI Research Centre for Medical Devices based at NUI Galway and Galway Film Centre, will show the best of science films – shorts and features - from around the world and will include a world premiere, a European premiere and lots of Irish premieres.

Films that will take you to interstellar space, and across the Atlantic from fishing villages in Scandinavia to Nova Scotia and to scientific bases in the Antarctic - this festival offers the perfect opportunity to enjoy great stories from the comfort of your home. The festival will take place online and all events are free, but tickets are limited and registration is necessary to reserve your seat.

The festival began as in an idea in 2016, when CÚRAM and Galway Film Centre partnered to create the Science on Screen film fund with support from the Science Foundation Ireland Discover Programme. After a national call-out to filmmakers, this led to the production of two documentaries – Feats of Modest Valour, directed and produced by Mia Mullarkey and Alice McDowell of Ishka Films, which follows three individuals with Parkinsons and the scientists working to find a cure, and Mending Legends, directed by Paul Webster and produced by James Ryan of Station House Media, which looks at the impact of tendon injury on sports people and research to create the world’s first 3D cell-assembled tendon prototype.

These films travelled the world and achieved broadcast on RTÉ and TG4, as well as winning many awards. Feats of Modest Valour will screen on Sunday November 8 at 4.00pm and Mending Legends will screen at 2pm on Friday November 7.

Since the scheme began in 2016, three more documentaries have been produced funded principally by CÚRAM. Bittersweet, directed by Hugh Rodgers and produced by Anna Rodgers and Zlata Filipovic of Invisible Thread Films and screening Saturday November 7th at 5pm, follows the personal stories of young people who are living with diabetes and their daily struggle to manage it. It also follows the work that CÚRAM have been doing in treating diabetes. A Tiny Spark, produced in 2018 by Caroline Kealy of Swansong Films and directed by Niamh Heery, examines the effect of cerebrovascular illness and stroke on people’s lives and specifically looks at research into the blood clots that cause stroke.

This film screens on Friday November 6th at 5pm. Most recently, The Patient Effect which was produced by Alice McDowell and directed by Mia Mullarkey, and funded by the Health Research Board in collaboration with the Health Research Board Primary Care Clinical Trials Network and PPI Ignite at NUI Galway, tells the story of public and patient involvement in research – how tapping into the lived experience of patients, their families and carers, has the potential to hugely enhance the quality and relevance of health and medical research. This will screen Saturday November 7th at 2pm.

The festival has three short film programmes which will be a great opportunity to get bite-sized stories from around the world. Two of the programmes are in partnership with the Imagine Science Film Festival in New York and will include ‘I am a Mobile Element’ which is a conversation with recent Nobel prize winner, Emanuelle Charpentier. There is also an ‘In Competition’ programme which has 7 short films shortlisted for the Judges’ Award.

These films from Canada, Finland, India, the US and Ireland cover stories such as that of Dr Andrew Rynne, Ireland’s first Vasectomy doctor and the day someone walked into his surgery with a rifle, the rewilding of a city river in Vancouver and the search for a vaccine for rubella using fetal cells.

There are five fantastic features on show including two recent Irish success stories. The Farthest, the Emmy-winning documentary by Emer Reynolds, is a witty and fascinating film which documents the story of Voyager 1 and 2, heralded as one of humankind’s biggest achievments to date, and resulted in the first manmade object reaching interstellar space. This beautiful film will have viewers on the edge of their seats and space as it traverses from Jupiter to Uranus and beyond.

The Farthest - Voyager in Space

Atlantic, the multi-award winning documentary, by Risteard Ó’ Domhnaill, is cinematic storytelling at its finest and looks at the story of three fishing communities from Scandinavia to Ireland to Nova Scotia, as they struggle to survive in the face of big business. Narrated by Brendan Gleeson, it shows our most valuable natural resource, the ocean, in all its glory and vulnerability.

The opening feature is the Irish premiere of Picture a Scientist, the new US documentary, directed by Ian Cheney and Sharon Shattuck, chronicling the groundswell of researchers who are writing a new chapter for women scientists. Biologist Nancy Hopkins, chemist Raychelle Burks, and geologist Jane Willenbring lead viewers on a journey deep into their own experiences in the sciences, ranging from brutal harassment to years of subtle slights.

Along the way, from cramped laboratories to spectacular field stations, we encounter scientific luminaries - including social scientists, neuroscientists, and psychologists - who provide new perspectives on how to make science itself more diverse, equitable, and open to all. 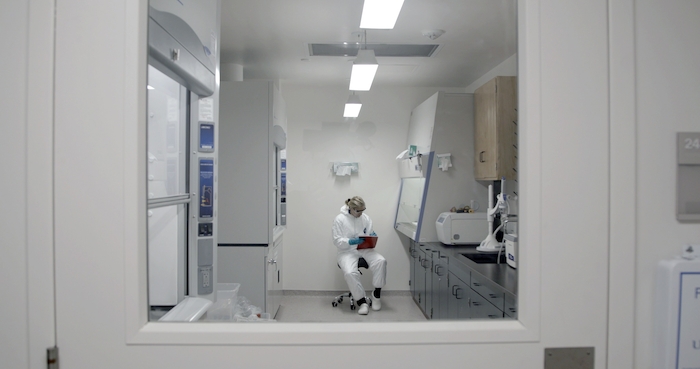 The festival also includes a new feature from Luxembourg, Tune Into the Future, directed by Eric Schockmel. The colourful film shines the spotlight on the forgotten and often misunderstood man, Hugo Gernsback, who invented the term ‘science-fiction’ and some say lay the foundations for social networks.

His goal was to inspire and to stimulate young minds into speculating about how science would shape our future and to come up with tomorrow's new inventions. 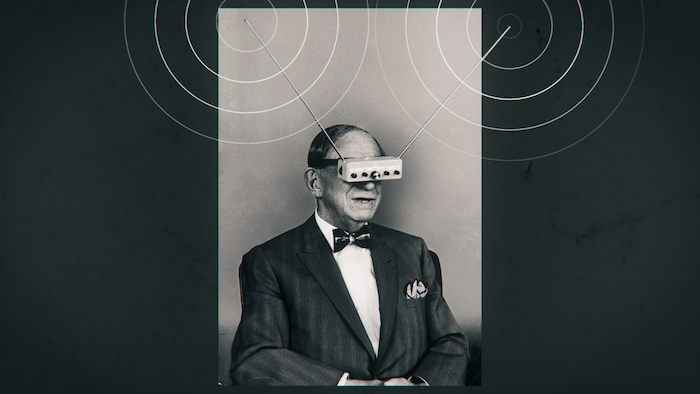 Tune Into the Future.

Lastly, ‘The Inventor; Out for Blood in Silicon Valley’, directed by Oscar-winning director, Alex Gibney, tells the fascinating story of Elizabeth Holmes, once touted as ‘the next Steve Jobs’ and who was the founder of the one-time multibillion-dollar healthcare company, Theranos which subsequently collapsed as a massive fraud. 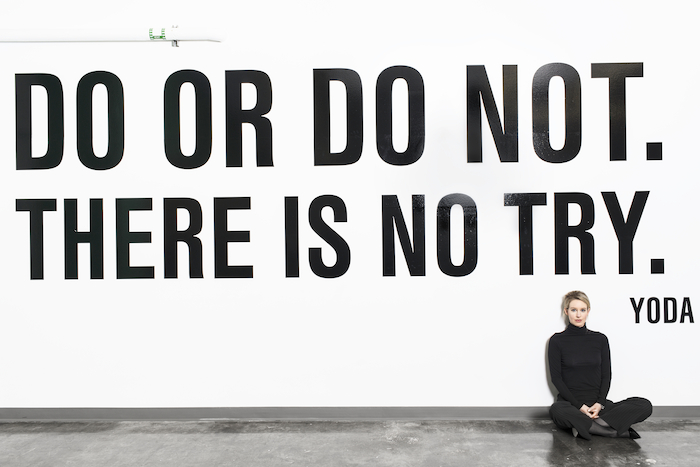 The festival will also include many Q & A’s and live panel discussions, all streamed to the Science on Screen Film Festival Ireland Facebook page. Topics covered will include – Diversity and Participation in STEM and Ireland as an Island of Storytellers and Scientists.

The Science on Screen Festival Ireland will be an annual event and is part of the public engagement programme at CÚRAM which supports the Science Foundation Ireland objective of having the most engaged and scientifically informed public.

Find out more at www.scienceonscreen.ie. It runs from November 5th to 8th and all events are free but registration is necessary as tickets are limited. 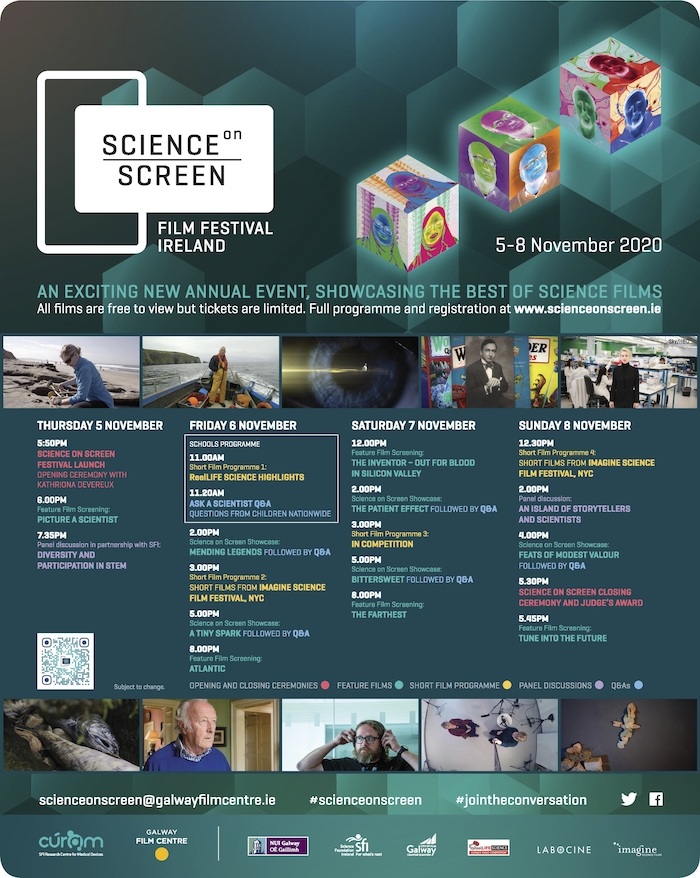