IT HAS been a long time since we have heard new music by Galway's Neil O'Connor, but lockdown - the original one, not the Level 3 currently in force - resulted in Frank Zappa-esque levels of productivity, with Neil set to releasing three new albums this week.

"When the world stopped last March and there was nothing much to do, I started picking up the acoustic guitar again, something I hadn't done in awhile," Neil tells me. "It had been so long the strings hurt my fingers. I played a lot of Dylan, Waits, Young, and got back into the swing of things pretty fast."

During the summer, Neil uploaded some of these versions onto Youtube and "played the obligatory lockdown shed gig to myself, as was fashionable at the time". However, these endeavours proved fruitful. “It helped me rediscover my own acoustic based music,” he says.

The result is three new albums - an album of original music, The Art Of Escapism, which is officially released today [Thursday October 8], along with two albums of older material - Junk and Ruxton Acoustic Demos 2005. The three releases come to about 45 songs in total. "I’ve been busy through the lockdown!" Neil quips.

The Art Of Escapism

The initial idea for The Art Of Escapism was to do a stripped back album in the vein of Springsteen's Nebraska, but as time went on the album became bigger sounding. "I am glad now I spent a bit more time on it and got others involved as the songs sound better for it," says Neil.

A case in point is the song, ''Tunnels'. "It was recorded as a throwaway many moons ago," admits Neil, "but my musical accomplice, the gifted Danny O'Hanlon, took it away, added vocals and more instruments, sent it back to me, and I couldn't believe how it all sounded."

'To be able to hang with Evan Dando was surreal. The story is now in song so I don't have to get asked to tell it anymore'

Other contributors to the album are Neil's wife, Emer O'Connor, along with Kenneth Coyne, Martin Coyne, and Gavin Duffy. Yet despite going from "a one man and his guitar type thing" to a fuller sounding record, The Art of Escapism retains some of the original intimacy, being "a mellow Sunday morning type album".

Hanging with Lanegan and Dando

Two songs on The Art of Escapism were inspired by encounters Neil has with Mark Lanegan [Screaming Trees, Queens Of The Stone Age, The Gutter Twins, and solo] and Evan Dando [The Lemonheads].

"I was blessed to sit beside Mark Lanegan for a couple of hours one night, sharing his Lucky Strikes and talking about his good friends Kurt and Layne who had passed. The song 'Time to Go' is in part about all of them and in part about a friend I had who also passed unfortunately under similar circumstances." 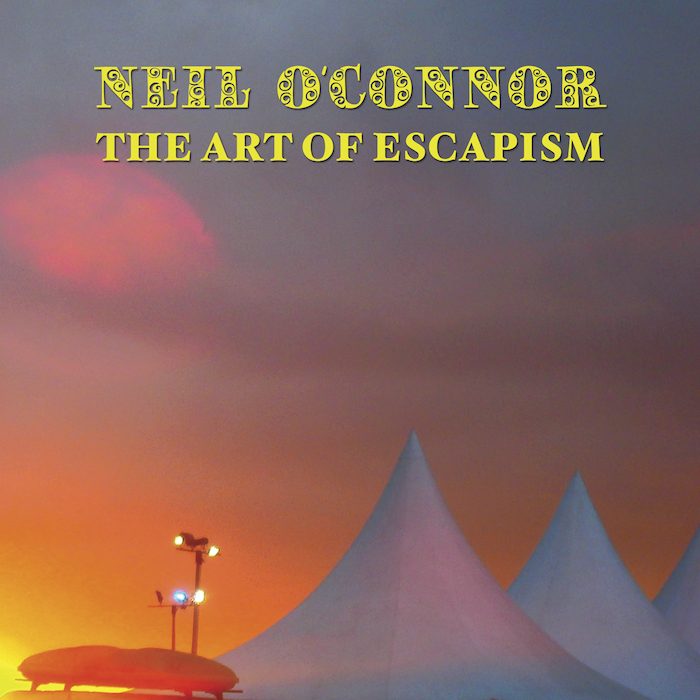 'There goes Ev' is about "a long night of adventures with Evan Dando" after he played a show upstairs in the old Cuba nightclub.

"He is a true hero of mine for many reasons," says Neil, "so to be able to hang, sing, and even listen to records with him in my old room was surreal to put it mildly. He was such a funny, humble down to earth guy. The story is now in song so I don't have to get asked to tell it anymore!"

The genesis of Junk and Ruxton Acoustic Demos 2005 lies in Neil going through "a lot of CDs full of old random recording sessions". One in particular sounded as though it might work as a complete album.

"On one disc I found 18 songs recorded one afternoon, by my cousin and sometimes collaborator Kenneth Coyne in a small room in his Ruxton Court apartment," says Neil. "It was recorded sitting on an uncomfortable chair on his 4-track over a few hours. I'm putting it out as it was recorded that day, same order, same mistakes left in because I like how it sounds. Ruxton Acoustic Demos 2005 is a snapshot of where I was at that time. A very different kind of life."

Sifting through the other recordings, Neil made a list of the songs and found more than 200 "stretching back over many years". From these, Neil selected 18 - dating from 2003 to 2013 - which he's releasing as the Junk album. "I only will put out songs I feel have some value, most won't see the light of day," he says.

While Junk ranges from blues to rock to ballads to jazz, it is also something of a compendium of Galway music, given that Gavin Duffy, Aaron Coyne, Kevin Cassidy, Alan Gray, and Pat Corless are all featured on the album.

Despite all this, Junk and Ruxton Acoustic Demos 2005 do not entirely clear Neil's Prince-like musical vaults. "There are probably at least 200 more ideas on the pile of cassettes and mini discs I have stored away too," he says. "Maybe that's a project for another time."

The release of these three albums does not conclude this productive period for Neil, rather it marks the start of a new phase. "I'd like to do an unplugged show and a full on gig also when all this blows over," he says. "In the meantime I'll be tipping away at a GRDNR album and a synthy, louder, album called Moderation which is the polar opposite to this current one. The musical trip goes on."

To listen to Neil's new albums, go to Spotify and iTunes. His music can also be heard on YouTube and Bandcamp. See also Facebook.