PATRICK/PUSSY Braden, love child of an errant priest and a local girl is the most flamboyant character in the border town of Tyreelin. Bored with life in 1970s Ireland, he heads to London in search of his mother and a glamtastic new life.

This is Breakfast On Pluto, Patrick McCabe's 1998 novel, which has been adapted as a stage musical, and which will receive its world premiere at the Galway International Arts Festival in July.

Written by Bob Kelly (Tintown ), with music by singer-songwriter Duke Special, and directed and co-created by Des Kennedy (Good Vibrations ), the show will be staged in Galway, Dublin, Birmingham, and London. It is a co-production of Landmark Productions and Galway International Arts Festival, with Birmingham Repertory Theatre in association with the Donmar Warehouse, London.

"I first encountered Breakfast On Pluto as a teenager in Belfast where I grew up," said Des Kennedy. "It was colourful and violent and subversive and very, very, sexy. As a young gay man living in Belfast at the tail end of the peace process this was like visiting space. I was astounded that Breakfast On Pluto was a story about our dreadful political situation told by a fabulous queer person who was completely unapologetic and hysterically funny. Pussy’s voice was so vivid and transgressive - it felt like a turning point, and we are very excited to channel that radical stardust energy into our production." 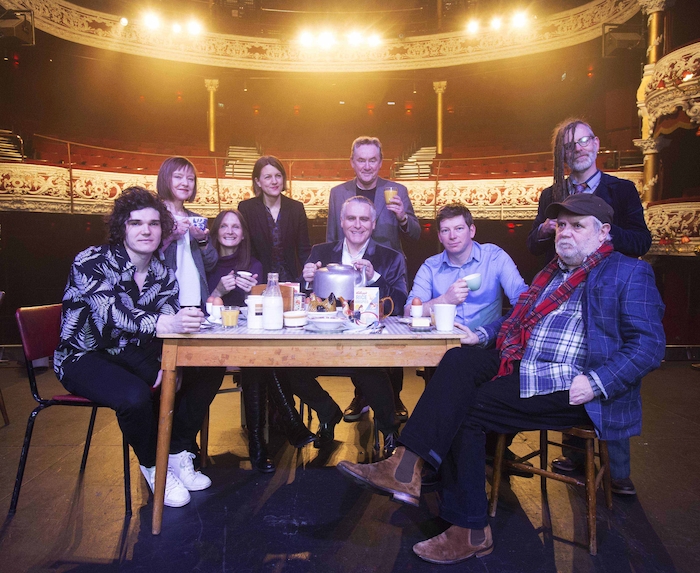 GIAF artistic director Paul Fahy said: "Seeing this show develop over the past three years has been so exciting and our brilliant team are, we believe, creating something truly extraordinary. Quoting the opening line from the title song of the show ‘Starlight is a gift to share…’ We really believe this new musical will be a beautiful gift to share with our audiences.’

Breakfast On Pluto will be staged in the Black Box Theatre, previewing from July 9 to 12; officially opening on July 13, and running until July 26. Tickets for the GIAF run go on sale tomorrow at 10am from www.giaf.ie and Ticketmaster. See www.breakfastonpluto.ie