BEYOND THERAPY, the 1982 comedy play by the American writer Christopher Durang, will be performed in Galway city and Clifden by the Ray Leonard Players, a new theatre company named after the west of Ireland director, producer, and mentor.

Wishy-washy Prudence (Devon Gleeson Roe ) lives a lonely life with two cats and a ticking biological clock. Self-described crackpot Bruce (Joseph Palmer ) has a volatile boyfriend, Bob (Damien Conway ). They are all looking for someone stable to love, but unfortunately their therapists (Anne Ronayne and Michael Irwin ) are even more bonkers than they are. 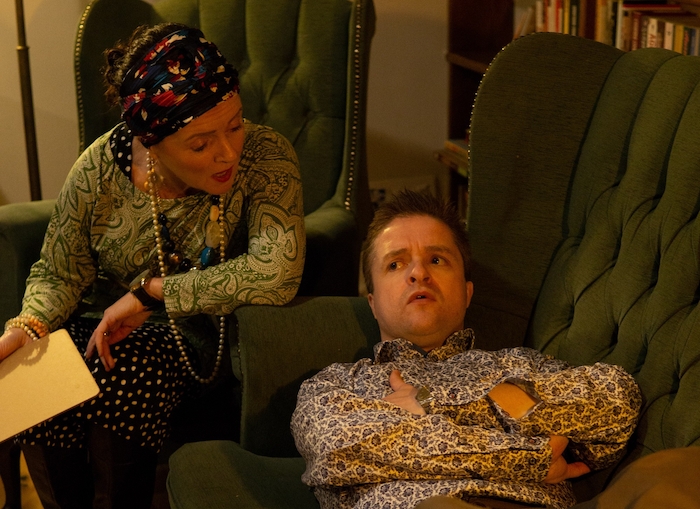 Directed by Sarah O'Toole, Beyond Therapy will be staged in An Taibhdhearc, Middle Street, this Saturday, and at the The Station House Theatre, Clifden, on Saturday February 29. Doors for both performances are at 8pm. The cast also features Luke Jacobsen as the volatile waiter Andrew.

For tickets see antaibhdhearc.com and clifdenstationhouse.com/theatre Tickets will also be available on the door each night.