LE MANS 66 could easily be called The Myth of American Exceptionalism: The Movie. Usually in such Hollywood stories - this chronicles the clash between European Enzo Ferrari and American Henry Ford II - it is the other way around.

Ferrari, the world's greatest car manufacturer, produces as many cars in one year as Ford does in a day. His cars are works of art, each part made by hand separately. Ford mass produces hundreds of thousands cars a year, but the movie wants us to cheer on the bos from Detroit. When Ferrari smugly declines an offer to be bought by Ford, it enrages Ford enough to want to beat him on the race track. The stage is set for the Le Mans 24 hour race in 1966.

Can the multimillion dollar mass producing American behemoth defeat the artisan small car manufacturer struggling to make money? You have to watch for two and a half hours to find out. An eye rolling at the plot aside, it is a beautifully made film, fantastically shot, and with the best Christian Bale performance since 2010's The Fighter.

The racing scenes are just fantastic, take a bow cinematographer Phedon Papamichael. Car racing to me is like boxing. It is not a sport I have huge interest in but, for some reason, films based around it are always excellent - think Senna (2010 ) or Rush (2013 ). Such a visually basic sport (who is in the lead ) and if they get the audio right, which they really do here, and it just goes so well on the big screen. 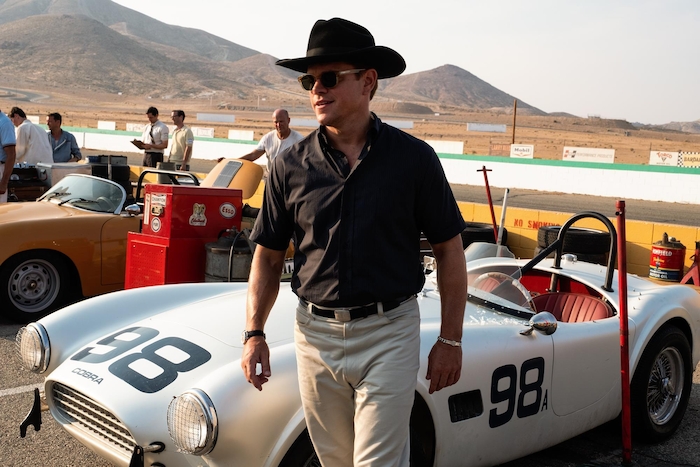 Matt Damon plays famed car designer Carol Shelby but is essentially supporting here. This is Bale's movie. Bale plays Ken Miles, a British World War II veteran turned race driver. He is hot headed and difficult, disliked by the suits in Ford, and it is Shelby’s job to convince them he is the only driver who can win Le Mans. It is a fun buddy movie and Bale's powerhouse performance is as physical as any role he has had. He is angular and wiry, awkward physically and personally, with an great Brummie accent as well.

Dubliner Catriona Balfe is wasted in one of those “wife on the phone” roles but manages to do a lot with what she’s given. The great Tracy Letts plays Henry Ford and I would have liked to have seen more of him. It is a shame to have such a stacked supporting cast and use them so sparingly. 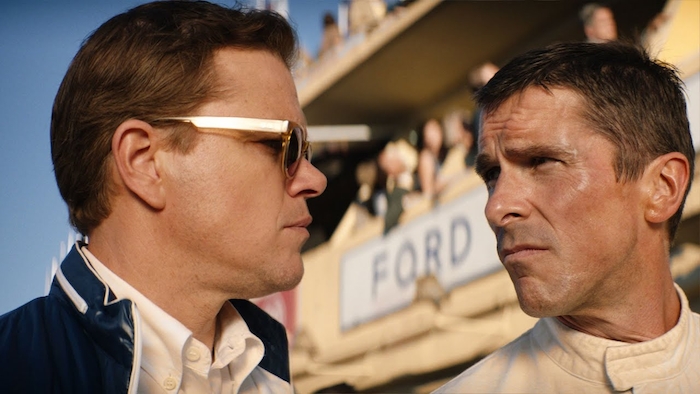 Le Mans 66 is a great Dad movie, one that will be on TV next Christmas, the ideal time to watch. It is not ground breaking and in the 1990s this would be the front runner for best picture. Think the sentimentality of Apollo 13, Shakespeare in Love, or even Forrest Gump. It has that kind of feel. Worth seeing for Bale, and on a rainy winter night with nothing to do, you could do worse.