For the past three years, São Paulo's Davi Hora has been artist in residence with Galway Community Circus. In this interview, he tells of how he made the move from the samba and sunshine of Brazil to cloudy and rainy Galway, and his no-less remarkable shift from studying philosophy to the world of circus.

“I think about what coming to Ireland meant to me, by looking back at my parents’ and grandparents’ story,” Davi begins. “My grandparents came from a very poor region in the northeast of Brazil, and they moved to São Paulo in the 1950s. They came without education which limited them to lowly jobs. They saw education as the only possibility for their kids to emancipate themselves from poverty and they made that a prerogative in raising them. My parents grew up as communists resisting the military regime.

"My mum was only 18 when I was born and, as they were unable to afford their own house, they moved back in with my grandparents. There were 15 other residents so it was an interesting environment. We had a shelter and could put everyone that needed under that roof. It was the basis of my education. We could share things and have lots of conflict so we experienced the political human condition, surrounded by people negotiating and dialoguing. Our family didn’t have our own bedrooms but lived together in one space which brought a sense of belonging and sharing. It was an important way to learn that the world existed beyond myself.”

Brazil’s current president, Jair Bolsonaro, has been making headlines with his hard right policies. How does Davi view him? “Bolsonaro has been active in politics for the past 30 years without doing anything of note,” he replies, "but the people found in him the perfect spokesperson for an idea that is being spread in the whole world - an idea that denies dialogue, that polarises society into notions of good and bad. So he creates a platform where he claims that the communists used to run Brazil, whereas it was the centre-left.

'When I was at São Paulo, 10 years ago, I was one of the 14 per cent of students from public school backgrounds whereas the other 86 per cent were from very wealthy families'

"He does that to reduce need for dialogue and people who believe strongly in his conservative stance tolerate the killing of LGBT people every day. In the past 15 years we’ve killed 50 to 60,000 people every year. This is a consequence of how Bolsonaro approaches conflict; he thinks of security as bringing more police onto the street, instead of putting more money into education. He greatly reduced government investment into public education while boosting money for the military and police. 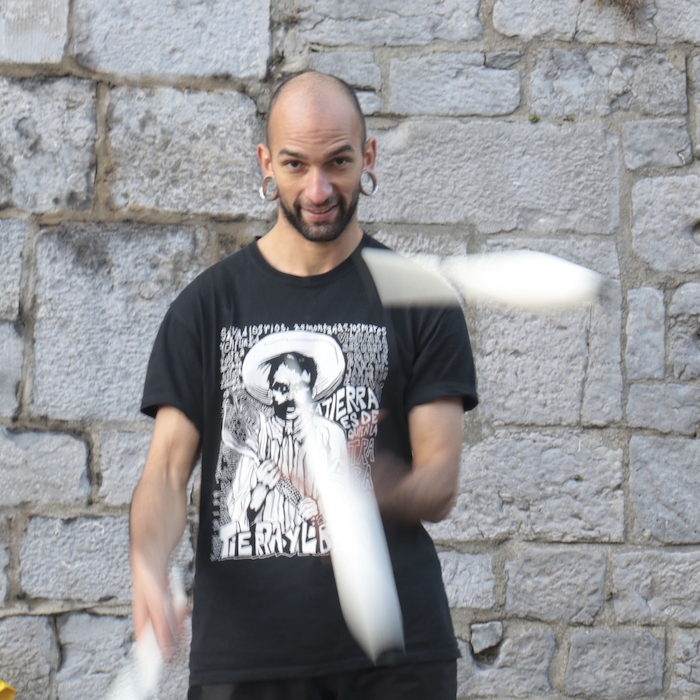 "It depresses me because it makes me wonder how short is the Brazilian memory after we endured a really horrible military regime from 1964 to 1985. These guys are now coming back, and Bolsonaro is one of them; he talks about removing human rights. We have one of the most diverse ethnic populations, but if you look in a university medicine course at least 90 per cent of the students are white whereas 90 per cent of people who clean the streets are black.”

When Davi attended Sao Paulo University to study philosophy he saw that discrepancy first-hand. “When I was at São Paulo, 10 years ago, I was one of the 14 per cent of students who came from public school backgrounds whereas the other 86 per cent were all from very wealthy families. I wanted to study human nature but such a privileged academic environment is not the best place for that. It was a restrictive world not geared to make me think.

'Before I arrived my sister said it would be hard to find accommodation in Dublin so she recommended Galway. She told me it was a nice place with nice people where I could find work and study English'

"Then I got to know some guys my own age from different parts of Latin America and who I saw working as jugglers or acrobats at the traffic lights in São Paulo. They told me I could make enough money to live doing it, and on my own time. When I thought about it and the emancipation it offered from the elitism of the university I decided to try it. I started training juggling 10/12 hours a day and, after 20 days, I had a minute routine I could perform at the traffic lights. I got really into it and stopped my university studies.” 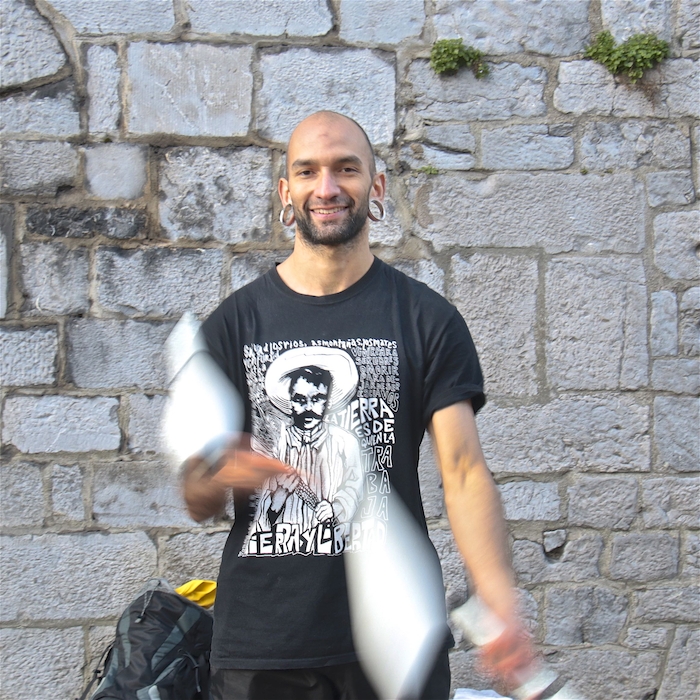 After developing his skills in street performing, Davi took his circus training a step further by enrolling in Brazil’s National Circus School in Rio de Janeiro, one of the world’s first such establishments. “I wanted to live in my body, not command it," he says, "and circus taught me how to know myself and thus go deeper in the practical philosophy of life. Coming to it from my academic background was challenging but I found circus a powerful personal artistic and social tool in the development of human side that I didn’t find in philosophy. Juggling props are now my tongue and brain.”

Davi recounts how he moved to Galway. “I had gone as far as I could in Brazil and wanted to explore somewhere else and how circus communities exist there and to share my circus education," he says. "I chose Ireland for two reasons; there were Brazilian-Irish partnerships where you could come and study for three years. My sister had already taken part in this programme and was living in Dublin.

"Before I arrived my sister said it would be hard to find accommodation in Dublin so she recommended Galway. She told me it was a nice place with nice people where I could find work and study English. So I came here and started adapting to the weather and other changes faced by a Brazilian moving here. I felt isolated for the first few months due to having limited English. I did not know about Galway Community Circus when I first arrived but discovered them one day via Youtube. I decided to go introduce myself and they said I could come and train. I asked could I volunteer or teach while I was learning English. 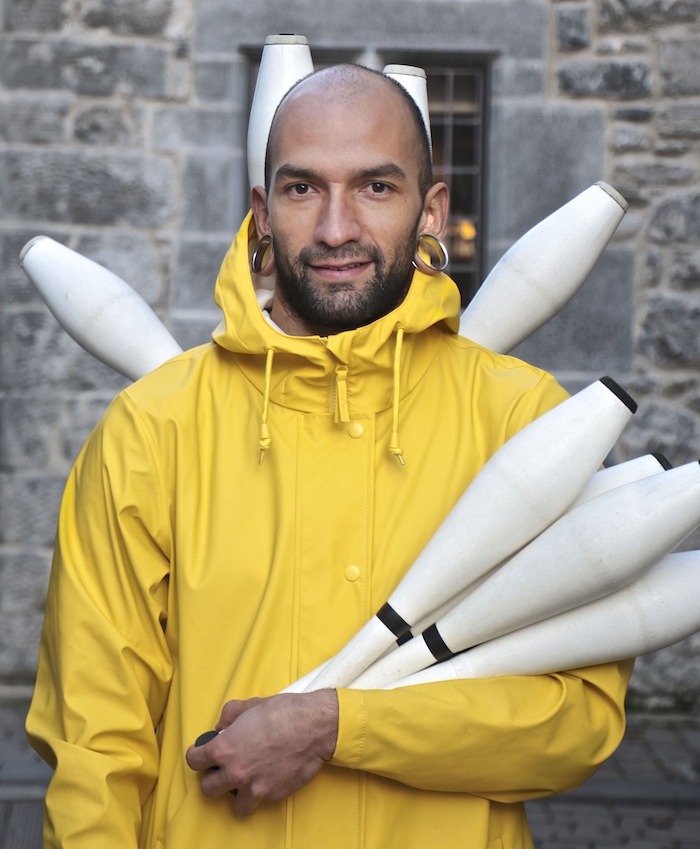 "After my initial student visa expired I wanted to stay on because I had learned about Irish culture and I could speak English but the regulations say you have to spend €3,500 per year to renew the visa. I found an opportunity via the Irish Immigration Service. I went to Ulla Hokkanen, director of GCC, and said I could stay on for a three year volunteer programme and suggested they sponsor me staying on under an artist in residence programme and she said they could do that; it was the company’s artistic residency scheme.

"Since then I have been involved with GCC’s Youth Circus and have also travelled as a performer representing Ireland to Italy and the World Cup performance championship which took place in Japan last year. That was an amazing experience and made me think about my remarkable journey since arriving in Ireland with hardly any English, connecting with Galway Community Circus and going on to represent Ireland at a major international event.”