Singer-songwriter Áine Tyrrell is making a welcome trip home from Australia for a gig in Galway in September to launch her new album, Return To The Sea.

Describing it as "psych-folk force", The Irish Times enthused that "Tyrrell’s new album draws on her Irish folk background...but there’s a strong sense of what you could reasonably describe as psychedelic dreamtime running through the songs." As the daughter of Seán Tyrrell, it is no surprise that music was a big part of Áine's upbringing.

“We were always going places with Dad when he was playing music,” she tells me. “Dad always had an open house for musicians so they were always coming through. So we weren’t just hearing his music, we’d also hear whoever was visiting or joining him in sessions. There’d be people from all over the world so I was exposed to different types of music.” 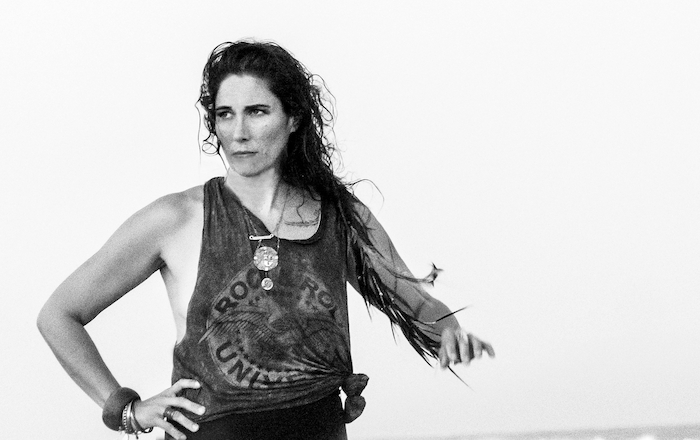 While Áine is carving out her own distinctive sound she readily acknowledgesthe music she heard as a young girl has been an important influence. “Dad always said to me to have a bank of melody and traditional Irish music is such a beautiful place to learn. I learned the whistle and flute and those tunes had that melody, Irish music is so gorgeous like that. That taught me about melody and on the other hand are the lyrics and Dad used to find a lot of old Irish poetry that he’d set to music, and that showed me how words are so important as well, and how the power of words can resonate even hundreds of years later. I had both of those things as building blocks before I ever starting writing songs.”

Áine’s early steps into making her own way as a musician were interrupted by the birth of her children. She picked up the threads again after moving to Australia and her debut album, Queen Of Swords, was released in 2015.

“I started doing backing vocals for dad in my late teens,” she recalls. “I then went to college in Dublin and started playing in the singer/songwriter scene around there. Then, when I had kids, I took a break from music because in Ireland I didn’t see many women who combined being a musician with being a mother. It was either younger or older women who were out gigging, so I didn’t see a model for combining motherhood and creativity until I was in Australia.

"A lot of the festivals there are family-oriented and everyone is out playing, mothers and fathers and kids. It was really beautiful experience to see there was another way to do that and realising I don’t have to do one or the other and that I could do both and I could see lots of amazing women doing both. I had put music on hold but Australia reignited it.” 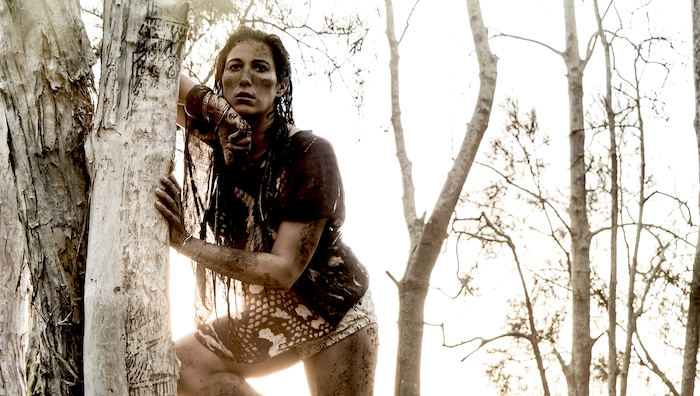 It was in 2010 that Áine moved to Australia to start a new life with her husband and their two small children – their third child was then born there. However the marriage turned toxic and Áine endured ever worsening domestic abuse. She lived through a nightmare of repeatedly having to seek safe places for her and the children to live, while her husband flouted barring orders more than 70 times without any police reaction. He also smashed Áine’s guitars to stop her playing music. Then one day, in the midst of the nightmare, a new dream was born. Áine bought a 1966 Bedford Freedom Bus, packed her children on board, set off touring around Australia, and recorded her debut album on what she describes as ‘an epic road trip of self healing".

“I got the bus six years ago, when the kids were aged three, five, and seven," she relates. “I realised this is what I had to do. It was the most amazing thing to do for all of our healing because literally we weren’t sitting in our past anymore, every day we were meeting a new adventure and new experiences and healing as a family as we went along. It was a beautiful way to reform our family unit for the four of us. I was playing music at that stage but not full time, I was teaching primary school as well so I took leave from the teaching.

"You can’t tell your kids they can be whatever they want to be and live out their dreams if you are not doing it yourself. I felt if I didn’t show them how to do it or at least have a good crack at doing it then I am a hypocrite so I said let’s just see what happens and six years later we are still doing it. The bus can’t keep up with all my touring these days and I fly a lot more than I drive, but we still live on the bus and have a lot of extensions to it and it is a beautiful life that’s been full of adventure in every corner.

“It has made me who I am today and as humans we all go through darkness in parts of our lives and the beauty is in the rebuilding and finding your new light. A lot of my journey in being public about my experience of domestic violence is because the more people talk about it then the more it comes out of the shadows and into the light and then these things start disappearing. In the years that I have been dealing with the police and the courts it has definitely changed. There is a shift and change in government and at a legislative level which trickles down to your everyday experience.” 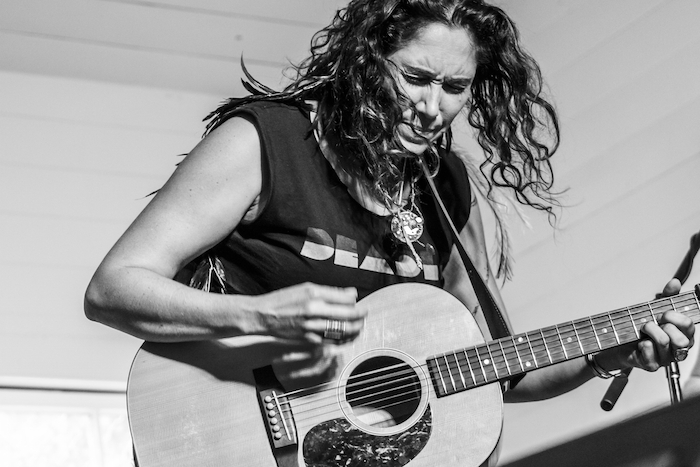 Return To The Sea was produced by Mark Stanley and written and recorded in Ireland on Áine’s last trip home. “I recorded my first album on a road trip around Australia because I was interested in location-based recordings and being inspired by the landscape of where I was. I find where I live really affects my writing and how I view the world and I wanted that to be part of that first album.

"I always imagined that for the second album I’d come home to Ireland and then I got a grant to do that so we did a road trip around Ireland in 2017 and followed the same idea. The places we were became part of to be in the music. It was a similar creative process to the first album but so different because of where we were, and I had lots of amazing Irish musicians be part of it like Declan O’Rourke, Liam O’Maonlai, Colin Mac con Iomaire, and my dad. I feel lucky being able to come back now and play it to audiences at home - I’m sure I’ll drag my dad up for a song too on the night!”