Kramer versus Kramer comes down so hard on Meryl Streep whereas Marriage Story gives both characters an equal amount of rope to hang themselves with. This is director Noah Baumbach’s second crack at divorce on screen, and one cannot help but feel like we are watching his own therapy sessions. Baumbach himself left his wife and muse, Jennifer Jason Leigh, for a younger woman - Greta Gerwig - in 2011, while his own father was divorced four times.

His previous divorce drama, The Squid and The Whale, was a lot nastier than this. This is a sensitive and funny film but has some really emotionally violent moments. Nicole (Scarlett Johansson ) is an actor, while Charlie (Adam Driver ) is a well regarded theatre director. She gave up a promising film career to work with him in New York. When the film opens, they have already started divorce proceedings and are attempting to do it amicably, but when lawyers become involved it becomes increasingly antagonistic and expensive. When she moves to LA while he remains in New York (another Annie Hall trope ) custody becomes the primary issue.The supporting case of Laura Dern, Ray Liotta and Alan Alda are just fantastic. Dern in particular is a shoo-in for a best supporting actress nomination (no one expected her to steal the show in the latest season of Big Little Lies against Meryl Streep and Nicole Kidman but that is exactly what she did, and while she does not quite steal the movie here, she comes pretty close as a divorce lawyer with heels as high as her rates. Alan Alda is the voice of reason, comforting and avuncular the way only he can be. 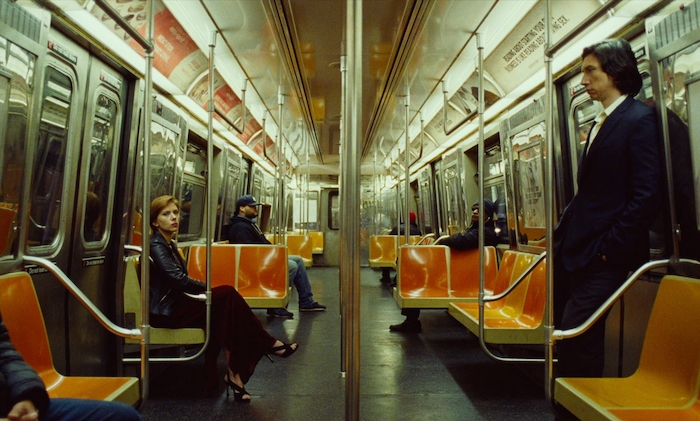 However this movie belongs to Johansson and Driver. It is wonderful that two great actors find time for smaller performance driven roles like this. Of course they are both in massive blockbusters this year, but it would make you question the narrative that adult non event cinema is dying.