As always it will conjure Halloween magic and mayhem to transform Galway’s streets and mesmerise audiences of all ages. One of the key creatives behind this year’s parade is costume designer Saileóg O’Halloran, who sat down with me to share some insights into her work, and give a taste as to what audiences can expect from the parade.

This is Saileóg’s second year as costume designer for the Macnas parade and she has also worked extensively in theatre, film, and television. She grew up in New Quay and after coming to Galway to study, she joined Galway Youth Theatre and co-founded Zelig Theatre for the Project 06 festival. “I wanted to act initially,” she says. “There were four of us in Zelig and we felt we should learn as much as we could about different roles; I studied fashion so I could do costumes. I ended up loving that more than acting. I started studying fashion in GTI and finished in Dublin. I then got a job with the costume department of the Abbey Theatre where I worked for seven and half years.” 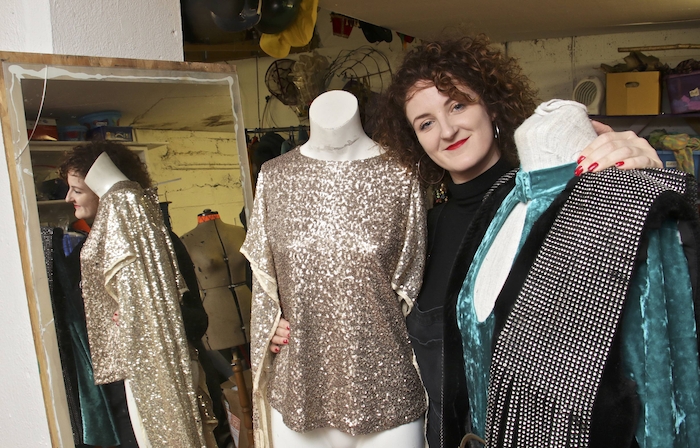 Saileóg’s stint with the Abbey provided a rich education in every facet of costume work. “I started in wardrobe maintenance, making sure costumes were ready for every show, doing alterations, being there for show call when actors were there,” she recounts. “I also spent time in the Abbey’s costume hire facility in Finglas that stores all their stock. We’d hire costumes to other big theatre houses like the Gate, to independent companies like Rough Magic, to am-dram shows from all over the country, to commercials and television programmes and films. All that gave me an amazing knowledge of how the costume industry works.

'Costume is an umbrella term for so many aspects; you have design, supervising, assisting, making, breakdown, tailoring, there is so much in it'

"I also learned a lot about history because every year there’d be some centenary - 1913 Lockout, 1914 World War 1, 1916 Rising, etc. I learned how theatre and film companies worked and how the costume department worked and how you made things. The Abbey costume department has amazing makers and costume breakdown artists - a breakdown artist gives a costume an aged or stressed look where that is needed. I learned how to break down clothes and about the body; you learn a lot about people through costuming them, you learn about their personal life, you learn about their shapes and what works for certain people. It can be quite a private, intimate, thing, when you are dressing people so I learned a lot about how to work with performers and directors.” 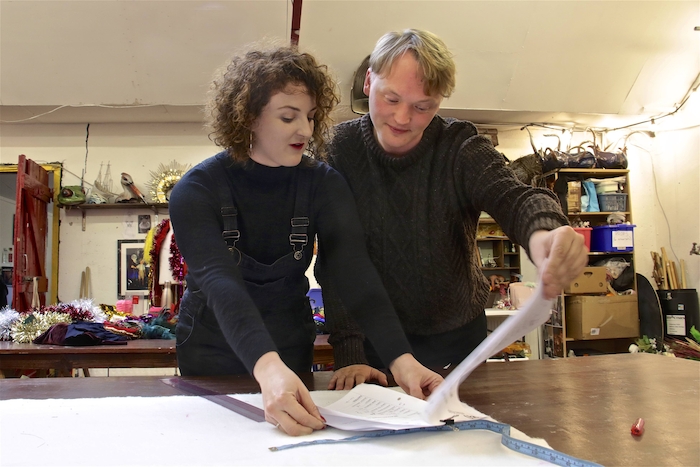 I ask has she noticed any changes in the world of costume design since she entered the business? “Funding!” she replies. “Companies are not making big shows any more with ‘big frocks’, they are making two-hander contemporary shows and that really does affect what we do. Funding has definitely changed how our industry works; there are not as many dressmakers or tailors anymore and you are expected, as a designer, to be able to make, to break down, and to do everything.

"Costume is an umbrella term for so many aspects; you have design, supervising, assisting, making, breakdown, tailoring, there is so much in it. It’s important people understand that costume design isn’t about fancy period dress, it’s about what they represent onstage. Definitely how we make theatre is different today even since the time I have been there.” 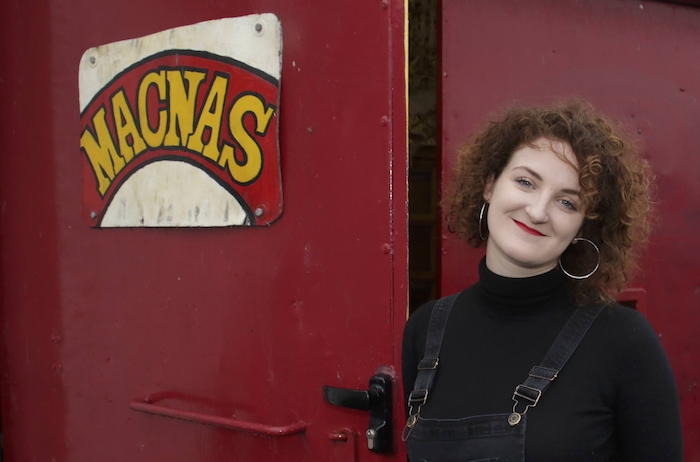 Saileóg outlines the differences between designing costumes for stage, for screen, and for street spectacles like the Macnas parade. “With film, the camera can zoom in on people and be very detailed, and it’s also being blown up for a massive screen so you can’t hide anything; the details are really important. With theatre it depends whether you are doing something in an auditorium, or a black box, or site specific, where you could be just a few feet away from the viewer. With the Macnas parade you are outside so there are the elements, and it is happening from dusk to darkness so you are trying to make something that will look good at twilight and at night time. You are working with stilters, people on towers, puppeteers, people who are seasoned performers, and others who could be doing it for the first time, and you have to think about all of that in costuming it.

'We Irish celebrate death with our wakes and attendant rituals, and Mexico is very much into that with its Día de Muertos, so the parade is a mixture of both that we call ‘Mexicladdagh’.

"With the stilters in this year’s parade they are up much higher and I have to think about what details can we show off; weirdly enough I find that I love glitz and sequins, so last year and this year it’s about how the light reflects onto the sequins or the foil. We have spotters as well so this year the stilters will be silhouetted so it’s really important the shape you work with as opposed to the fabric and if you are working with performers it is also what characters they are. Danse Macabre is a very human parade, whereas last year every performer was portraying a non-human character that came from the woodland and was anything from an insect to a butterfly to fungus and moss.” 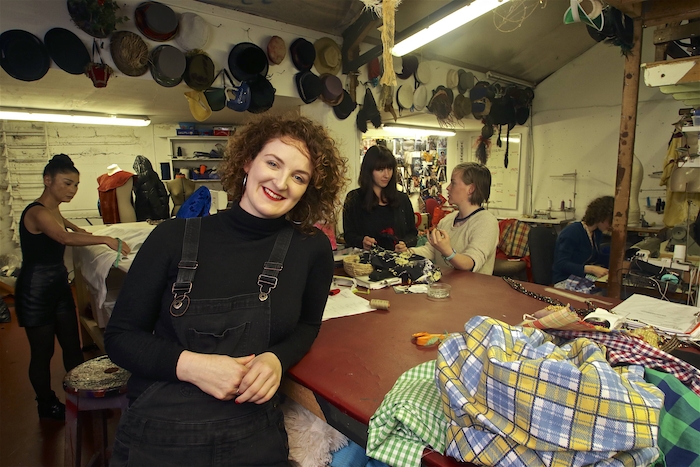 The other main creatives behind Danse Macabre are creative director Dan Colley, Dave Young (lead design ) and Alma Kelleher (music and sound design ). “We’ve been working closely together on the parade since April,” Saileóg tells me. “The central idea of Danse Macabre is life and death and celebrating the afterlife. We Irish celebrate death with our wakes and attendant rituals, and Mexico is also very much into that with its Day of the Dead/Día de Muertos, so the parade this year is a mixture of both that we call ‘Mexicladdagh’.

"You may have street seller characters evoking Claddagh women or Mexican market stall holders and how they look. There are about 150 performers and every single one of those has to be thought about and have their own details, so like the ballerina troupe that quite often would work as a unit even within that they are all individual. The parade overall is illuminated and magical and exciting and has a core section embodying ideas of transcendence and heightened reality!”

Dressed and designed by Sailéog O’Halloran, Danse Macabre is sure to dazzle and delight. The parade takes place on Sunday October 27 starting at 5.30pm from NUI Galway.