A KALEIDOSCOPE of colour, form, and styles will be on display at the Courthouse Gallery in Kinvara, for the, appropriately named, Kaleidoscope exhibition featuring work by Lily Johnston and James Dorrian.

Kaleidoscope, the debut exhibition for Johnston and Dorrian, opens tomorrow at 8pm and features works ranging from abstraction to portraiture. 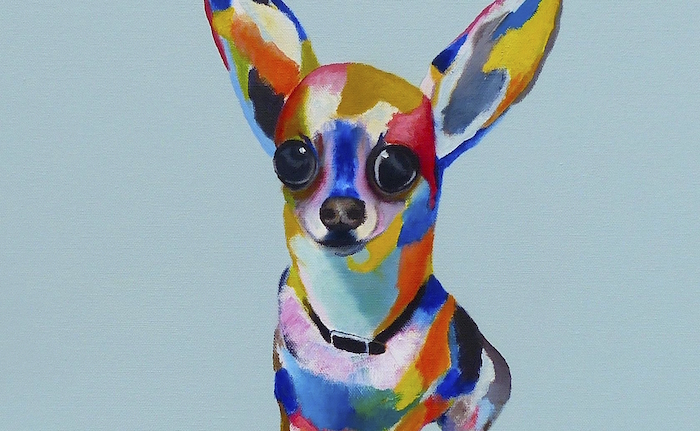 Johnston is originally from Connecticut but now lives in Kinvara. She paints murals, creates window chalk decals, and does pen illustrations, as well as paint. Dorrian [a detail from his Chihuahua Rambo is pictured above] is originally from Donegal, but is now based between Dublin and Kinvara. He has only recently taken up painting and some of the works on display are among his very first.

Kaleidoscope runs until July 29. Gallery opening hours are 11am to 5pm daily.