IN A post-Avengers: Endgame world we catch up with Peter Parker who is back in school and who is trying to come to terms with the death of his mentor, Tony Stark.

Also, trying to live a semi-normal life despite being a secret super hero is hard for a 16-year-old. So when his class has a field trip to Europe planned, he is looking forward to time away from the spider suit and hopefully asking MJ out on a date. Unfortunately, a suspicious hero, Mysterio, from another dimension arrives and requests Spiderman's help to defeat four elemental monsters. Begrudgingly he assists, but it turns out Mysterio is not exactly what he says he is.

Spider-Man: Homecoming was one of my favourite films of 2017, and its director, John Watts, returns for this sequel. Tom Holland was born to play Spider-Man, a bit like Chris Evans as Captain America or Robert Downey Jnr as Tony Stark - I cannot imagine anyone else playing the role of Spider-Man again. This is even more impressive when you consider he is the third actor to take on the role this century.

'It is not quite as clever as 2018's animated Spider-Man: Into The Spider-Verse, yet, like all Marvel movies it seems better than most things in the cinema now'

His supporting cast is excellent, particularly Zendaya as MJ. She has a uniquely magnetic screen presence and her deadpan comic deliveries are hilarious. A particularly impressive scene is where Spider-Man holds her while web swinging through New York. In 2004's Spider-Man 2, Kirsten Dunst smiled and screamed with joy as she and Spidey sailed through the air. In this version, MJ screams with terror while the wind ruins her hairstyle - it is a great example of how these movies have changed. 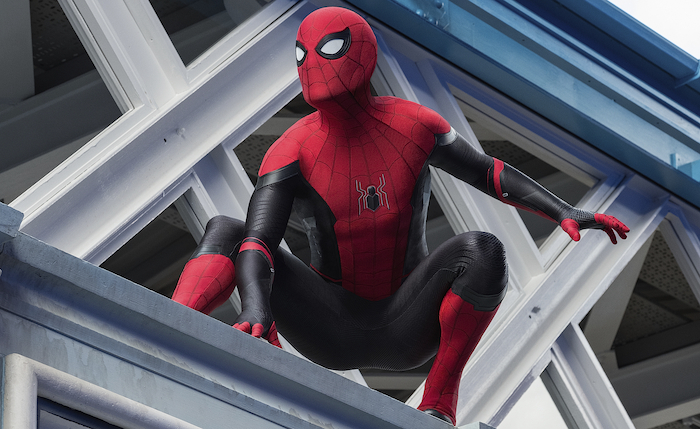 Jake Gyllenhaal as Mysterio is, as always, great. In one scene, when he is being obnoxious to his staff and ‘directing’ them he’s clearly channelling film directors he worked with in the past. David Fincher, who directed Gyllenhaal in Zodiac, famously nearly drove the actor insane by making him shoot 90+ takes of Gyllenhaal moving a pen from one side of his desk to the other.

It is not quite as clever as 2018's animated Spider-Man: Into The Spider-Verse, yet, like all Marvel movies it seems better than most things in the cinema now. If there was a comparison, it might be that it is reminiscent of a John Hughes teen movie more than yet other super hero film. Marvel continues to riff on genre and blow away our expectations. Surely it cannot last forever.