AFTER A dreary, wet, and windy June, summer and sunshine finally combined to greet the programme launch of the 2019 Galway Film Fleadh on Tuesday evening at the Galmont Hotel.

The programme includes 95 sensational international and Irish feature films. Features from 36 countries include 10 world premieres. An impressive 30 films are feature directorial debuts and more than 40 per cent of films are by female filmmakers.

Galway’s new first citizen, Mayor Mike Cubbard, was on hand as a guest of honour for the occasion and his speech reminded listeners that the fleadh is now worth €7.5 million to the city’s economy while the audiovisual sector as a whole brings €72 million to Galway’s coffers.

Fleadh programmer William Fitzgerald, helming the festival for the second year, remarked in his address: “It’s a massive privilege for me to be the programmer for these magical six days. I’m like when you have convinced your friends to watch that thing you have really liked and then watching them watching it; that’s me watching all of you for six days.

"We have lined up 99 feature films, a third of which are debuts, over 30 different countries, 16 new Irish films including a new Irish language feature, over 100 shorts representing 21 countries, 73 from Irish, 31 debutants and over 20 screenings a day. Welcome to my world and the 31st fleadh!” 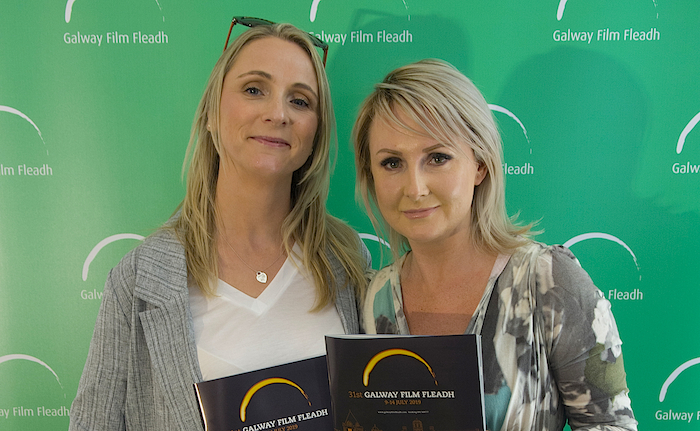 New Irish cinema highlights include, Jihad Jane, a compelling debut documentary from Ciaran Cassidy which paints an intriguing portrait of the online post-9/11 world. Finky, directed by Dathaí Keane (An Klondike ), is a boldly original, stylish Irish-language drama about a musician and puppeteer who finds his way into a hellish circus troupe.

Breaking Out is a documentary filmed over 10 years about larger-than-life musician Fergus O’Farrell who, undaunted by his diagnosis with muscular dystrophy, continued to tour and compose music for the Oscar-winning film Once. Animals is based on the acclaimed novel by Emma Jane Unsworth telling a hedonistic, female-driven story of two thirty-something party-mad friends who wreak havoc on the streets of Dublin.

Other highlights include Never Grow Old, the festival’s closing film from Irish director Ivan Kavanagh, a dark Western tale about an Irish undertaker on the American frontier. Sing Me Back Home, the festival’s opening film, is French actress Sandrine Dumas’ (Let the Sunshine In ) compelling directorial debut. Bait, Mark Jenkin’s film shot on a 1976 Bolex 16mm camera and processed by hand, is dripping with texture as it tells the compelling story of a northern English fisherman without a boat.

A Bread Factory, a film in two parts is Patrick Wang’s newest film after 2015’s The Grief of Others, a small-town comedy drama with a refreshingly original voice, and starring TV’s legendary Tyne Dale (Cagney & Lacey ).

The 2019 fleadh features a culinary cinema strand including the world premiere of Stage: The Culinary Internship, a shocking restaurant exposé of the reliance of Michelin star restaurants on unpaid internships, and a series of political documentaries featuring incredible insight and archive footage. These include Watergate – Or: How We Learned to Stop an Out of Control President, plus Active Measures, an well researched look at Russian interference in the 2016 US presidential election and Dark Money, which follows the money trail behind US politics and a shocking fly-on-the-wall portrait of Steve Bannon called The Brink.

The 31st Galway Film Fleadh runs from July 9 to 14 in the Town Hall Theatre and Pálás cinema. Tickets and further information are available at www.galwayfilmfleadh.com