Siobhan McSweeney, best known as Sister Michael from hit comedy series Derry Girls, was in Galway recently to help launch a new information booklet detailing the process of having an abortion in Ireland.

The booklet, Accessing Abortion in Ireland, is produced by the Galway based Abortion Access Campaign West. The guide is available in 11 languages, large print format, and audio versions. More formats and languages are in the pipeline. 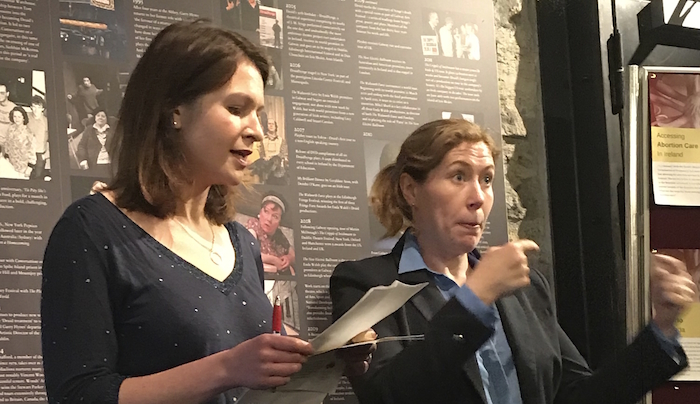 The booklet was launched in The Mick Lally Theatre last week by Siobhan McSweeney, Lorraine Grimes of AACW, and Dr Sinead Feeney [pictured], with , a Galway GP and member of Start Doctors, a collection of doctors who originally came together during the Repeal the Eighth campaign. Speakers at the event highlighted the challenges inherent in the current roll out of services, including the lack of abortion services in the North.