Adults, children, and public representatives cycled part of the route of the proposed Galway-Barna Greenway recently, to show their support for such a structure and to highlight issues of cyclists safety.

On Sunday June 9, c60 adults and children, along with Independent Galway West TD, Catherine Connolly, Galway City West councillor Clodagh Higgins, and Connemara county councillor Alistair McKinstry, cycled from the Claddagh Hall, around South Park, and then on to the Salthill Summer Sunday Market. The route forms part of the proposed Galway-Barna Greenway.

The cycle was organised by the Galway Urban Greenway Alliance. "In the absence of a safe and segregated cycle path after Mutton Island, participants cycled along the road from Claddagh to Salthill," said a GUGA spokesperson, "with the children especially enjoying the safety and comfort of cycling as part of a large group." 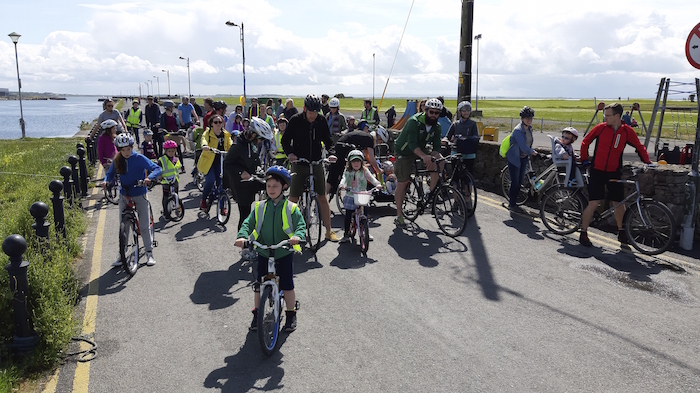 It is now a monthly event and seeks to highlight the demand for and potential benefits of building a cycling and walking route from the city to Barna. The Galway City Council completed plans for such a route in 2016, but were shelved before going forward for public consultation.

With the support of a range of local business, sporting and community organisations, GUGA is now calling on the council to restart the planning process for the route, which could link with the planned Connemara Greenway to Moycullen through Galway.