When John Alcock and Arthur Brown crash-landed in Derrygilmlagh Bog, near Clifden, at 8.40am on June 15 1919, they had completed the first non-stop transatlantic flight, and ensured thei place in aviation history.

The two men had flown a modified WWI Vickers Vimy bomber [pictured below] from St John's, Newfoundland, to Connemara, after fewer than 16 hours. Winston Churchill, then British Secretary of State for Air, presented them with the Daily Mail prize for the first crossing of the Atlantic Ocean by aeroplane in "less than 72 consecutive hours". A week later Alcock and Brown were made KBEs by King George V at Windsor Castle. Two memorials were erected near Clifden to mark the 40th anniversary of the landing in 1959. 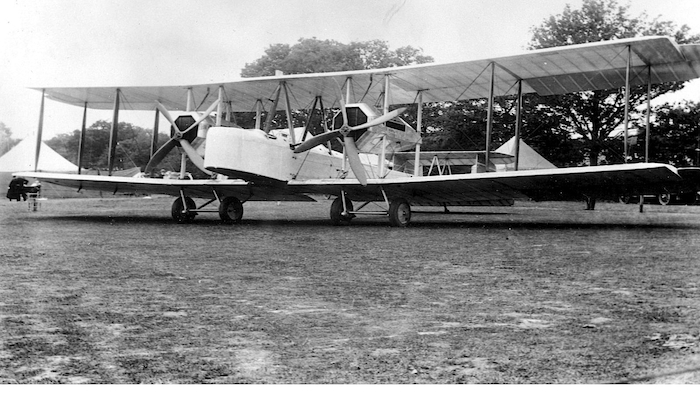 A series of seminars will be held in the Station House Hotel, including talks on all aspects of Alcock and Brown's flight, their Vickers Vimy aircraft, and aviation. There will also be book launches; launches for commemorative stamps and coins; an exhibition of paintings by artist Yvonne King and of photographic prints by Owen O’Connor; the twinning of Connemara National Park with Terra Nova National Park in Newfoundland; a fly-over by the Irish Air Corps; the Band of An Garda Síochána performing at Market Square, Clifden; and a street parade.

For full details of the programme see www.alcockandbrown100.com