It is an intriguing question: what should be our priorities as a city over the next five years? Intriguing, because there are so many possibilities to choose from, so many things we can, and should, do, have we but the time and resources to implement them.

Second, because the question implies we should not approach our response as 70,000-odd individuals, but equally, the fact this is an open-ended question acknowledges that there is, in reality, no abstract, objective, 'city' personage to provide a single, authoritative, response. In those two facets, Insider sees both the frustration and (yes ) the magic of democratic politics.

First, the challenge of resource allocation: what has been spent in one area is not (the rare public goods aside ) available elsewhere. Second: the fiction of a singular public opinion, which we strive to create out of debate, activism and lobbying, and which is then distilled into the decisions of various organisations - be it city council, professional associations, or local institutions.

A city must be about its people 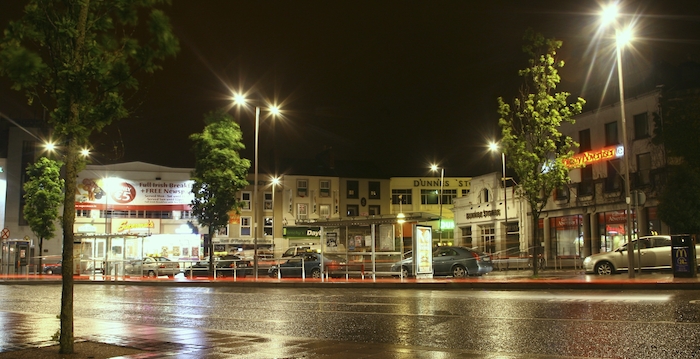 Insider has been known to favour bullet lists, which have the benefit or being as long (or as short ) as one chooses. Your list is incomplete? Keep adding to it. But for this task, surely an overarching logic or narrative is needed - some unifying vision, to pull together the various strands. Insider is reminded of a slogan from a local Labour Party campaign of years past: The Living City. Now that's something to hang your hat on. Given awareness of the impact of our local actions on the global picture, how about an an update? A Living City for a Living World.

And a city must, first, be about its people. Insider was at a memorial service two weeks ago for Dr Anne Boyle, who for many years ran the Hillside Park Preschool for Traveller children. Uachtarán na hÉireann, Michael D Higgins, spoke at the service, reminding those present of the 'divilment' in Dr Boyle's eyes, sparkling with an irreverent sense of fun; and remembered also her approach on the canvass trail, where she was always interested in the motivations for voter beliefs - why were they voting one way or another? What motivated them? Who were they? 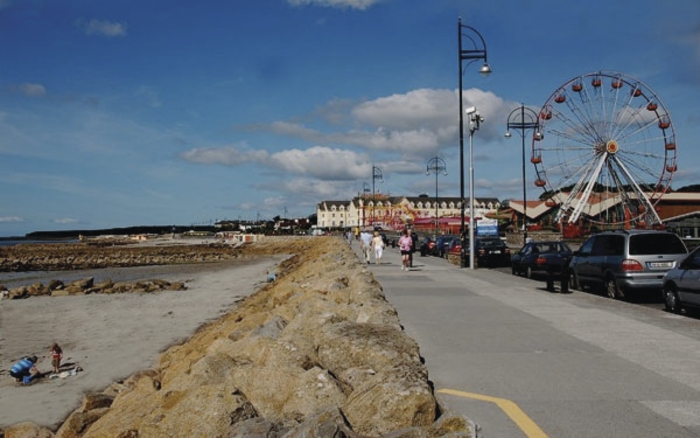 If we want to foster a living city for the next five years, we could do worse than follow that example. A city can be more than the sum of its parts - but it depends upon those parts. And as Galway continues to grow - now 70, soon 80, then 90,000 people - we must continue to recognise the humanity of each member of our community, engage with them, include them, respect them.

A living Galway requires both high-quality recreational facilities and, as the city grows, increased population densities. What benefit is it to our youth if we retain sporting facilities that are increasingly remote from where people live, requiring car travel or lengthy journeys on public transport, making them less accessible for many? A useful metric, with the population projected to increase by 50 per cent in the Ireland 2040 plan, is that our population density would need to increase by about 50 per cent for services like light rail scheme to be viable. If we keep the city within its current footprint, that might happen; if we allow sprawl out into exurbs, it will not.

The challenge of developing diverse neighbourhoods

Galway has some great examples of tight-knit urban communities, in areas like Shantalla, and in our urban planning we should think not just about how to fit X amount of houses into space Y, but how to foster successful, cohesive, communities. In Dublin, Labour councillor Rebecca Moynihan has been focusing attention on the folly, and the exclusionary approach, of new developments, such as some in the Docklands, which are exploiting loopholes to dodge their requirement to reserve 10 per cent of units for social housing. Instead, while these prime units are being sold at high prices, the social housing quota is being shoved off on less salubrious neighbourhoods, reinforcing those social divisions we should instead be looking to break down.

We need to ensure that does not happen in Galway - both through local action and, if necessary, through changes to national regulations. We know, from long experience, that the success of our city lies in the development of diverse neighbourhoods, close to appropriate facilities, and with easy access to the centralised resources of the city centre and other shopping hubs. 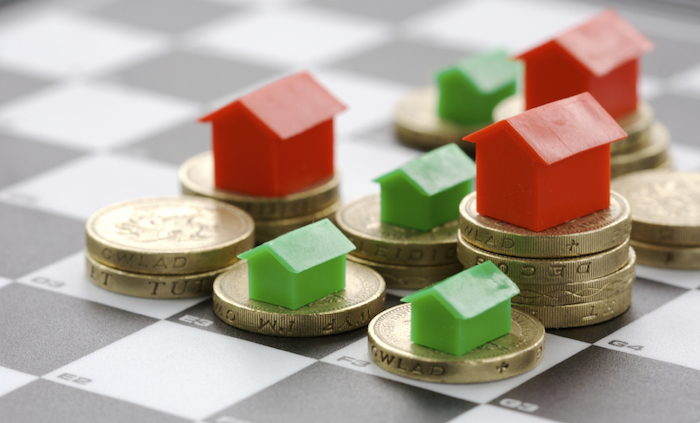 Insider is a strong believer in the importance of public intervention in the provision of housing - that this core human need cannot be left to the whims of the market - and in this we, again, need both commitment at the local level, and leadership at the national level. It has been frustrating to see - after Alan Kelly secured funding for public spending on housing for the first time in almost a decade - local authorities around the country leave much of that money on the table. One of the reasons is that those authorities have been denuded of necessary skilled personnel, and do not have the capacity to ramp up the required capital investment - which suggests to Insider the need for targeted recruitment.

Among the particularly shameful gaps in public housing provision, one highlighted in The Irish Times just recently relates to the city council's failure to provide required Traveller accommodation, despite the expiry of planning permission for 'temporary' sites in 2015.

When the Hillside Park Preschool was founded, it was situated alongside the large unofficial encampment that grew up beside the Hillside Park housing development, when the city failed over many years to provide sufficient, and adequate, accommodation for its Traveller population, reacting instead with protests and delays.

We now have (again ) the situation of Traveller families in Galway living in rat-infested facilities, while too many politicians seek to delay and obstruct any and all attempts to provide appropriate accommodation. Some will deny charges of 'Rahoonery', of course - there is just always another reason, a Nimbyism, that can be brought to bear.

Failing our Traveller neighbours is not just a Galway thing, of course, just as the continued stain of Direct Provision is a national issue, which requires national solutions. Of course, in the case of Traveller accommodation, the local executive is already empowered to take unilateral action to ensure the council complies with its obligations - they have just failed to do so.

In the case of Direct Provision, similarly, we urgently need action to vindicate the right to dignity, and to lead full social lives, of those seeking asylum. It is, simply put, wrong that children grow up, essentially, in hotel rooms; that adults lack the facilities to prepare their own meals. A living city for all requires appropriate housing facilities for all.

Much like housing, transport has dominated public debate of late, and it seems clear to Insider that we need a significant modal shift - particularly in the context of a growing population in both city and county (and with growth in jobs likely to continue to be centred in the greater city area ), with or without a new ring road, we need to shift more journeys away from private cars, to foot, bike, and bus. For our health - and particularly that of our young people; for the sake of our planet; for an urban landscape worth travelling through.

Initiatives like the Galway School Cycle Bus help, but we need the facilities and institutional support that encourage bike use, particularly by vulnerable users. Segregated bike lanes, connecting residential areas with schools, third level institutions, and the city centre; simple changes to traffic light sequences to provide priority (and shorter waiting times ) for pedestrians; planning and construction that puts the needs of cyclists and pedestrians at the centre, rather than as add-ons.

Some of these things can be done at minimal cost, or integrated into our planning process. Other proposals will involve significant investments – like the €500m or more it would cost annually to improve bus services while making them free at point of use – and will require us to make choices, locally and nationally, between multiple competing claims for limited public funds.

On the capital side, areas like Parkmore, with limited throughput capacity, are crying out for greater use of park-and-ride and similar facilities. And surely a seamless recreational route, from Rinville Park to Silver Strand, should be both achievable in the short to medium-term, and something that would yield dividends for the city? 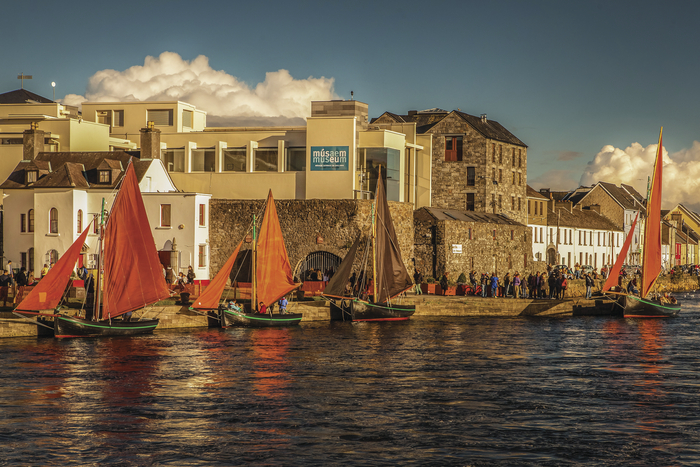 We need to foster public debate, and encourage the challenging conversations about what needs to be done to safeguard our city and our planet. We have seen, nationally, how the Constitutional Convention proposed in 2011 by Labour, and later the Citizens’ Assembly, have been fruitful in tackling challenging contentious issues and fostering national conversations. Locally we need to build on existing structures like the SPCs, and the varied groups and organisations that collectively make up our civil society, to develop a more inclusive, participatory, and engaging approach to shaping public policy.

Dr Boyle would appreciate, I think, that recognising the humanity and inherent dignity of all our residents is not just a praiseworthy ethical response, it's also good politics, good organising. In his Rules For Radicals, Saul Alinsky, the Chicago-based community organiser, stresses the importance of understanding your audience, the people you are seeking to engage with, and working in language, and on terms, that make sense to them in their lives.

Like Alinsky and the Brazilian educationalist, Paulo Freire, Dr Boyle believed in the power of education, learning, and engagement for fostering social change, and it was at the heart of her academic work on equality and inclusion. 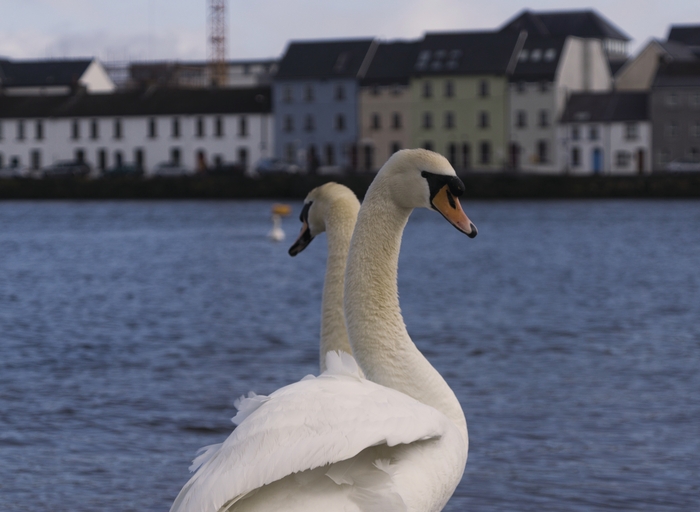 And, as Uachtarán Higgins' reference to her irreverent approach suggests, she had a sense of fun and joy that was fed by Galway at its best - the Galway of buskers and anarchic street theatre, of bohemian cultural producers. Any vision of a living Galway must include the street performers who collectively make our city a mis-matched, quirky, fun place to live, and the many, varied, cultural seeds – from amateur trad sessions in Mervue, to the world-class theatre of Druid – that thrive and blossom here.

A raucous, joyful, city, that works together to protect and celebrate all our residents, and the planet we collectively inhabit - that's a city Insider would be proud to call home. A Living City for a Living World.