A very wicked man recently suggested to Insider that the coming race for supremacy on the soft left in Galway West should be solved by a wrestling match between the Mayor of Galway, Labour city councillor, Niall McNelis, and Niall Ó Tuathail of the Social Democrats.

McNelis and Ó Tuathail are the two main pretenders to the Dáil seat from which Labour’s Derek Nolan was ignominiously ejected in the 2016 General Election, and which had previously been held for many years by the now Uachtarán na hÉireann, Michael D Higgins.

The said wrestling bout could take place in a ring erected in, say, Pearse Stadium and be refereed by someone agreeable to both McNelis and Ó Tuathail - perhaps the high priestess of political squishiness, Una Mullally of The Irish Times? Sadly, this coming political contest will be resolved more prosaically. There will be very little illegal eye-gouging and hardly any men in tight shorts, but there will be a lot of drab estates to be canvassed on drizzly spring days - and before the General Election comes the local elections on May 24

The 2016 election saw a crushing defeat for Labour in Galway West with the party receiving its lowest percentage of the vote in a contested election since 1954, long before any of the current contenders were born and when Michael D Higgins was just 13-years-of age. As in much of the rest of the State, the 2016 election left the Galway West Labour Party on the brink of extinction.

The party paid a savage, and entirely deserved, price for its extravagant acquiescence to EU/ECB/IMF austerity policies, from which the Republic has still not recovered. One of the results of these policies, of which now Labour Party leader, Brendan Howlin, was a key implementer as minister for public expenditure, is that for a higher number of Galwegians (new and old ) than was ever the case before, home is now a sleeping bag in a doorway, or in one of the shelters on Salthill Promenade. Insider could go on...

'In such an unpromising context, it could seem like an act of madness to pick this as the time to run for the Dáil as a Labour candidate, as Mayor McNelis has'

Labour has yet to be forgiven, and that is partly because it is not clear the party is sorry for the hardships which resulted from it' embrace of those policies. It now faces a situation where disgust has been mostly replaced by indifference. To paraphrase Evelyn Waugh, hardly anyone, apart from a few Irish Times columnists desperate to perform mouth-to-mouth resuscitation on the centre-left, cares what the Irish Labour Party does, says, or thinks. For the most part, people cannot even be bothered to get annoyed with them.

For example, when Brendan Howlin used the centenary of the first Dáil to talk about the need for a “renewed democratic programme”, in the spirit of that adopted by the first Dáil in 1919, to protect people from the “Liberal economics of FG and FF [which] make Ireland vulnerable to boom and bust”, hardly anyone noticed and those that did mostly chuckled quietly to themselves.

'Mayor McNelis will likely improve on the five per cent vote Derek Nolan received last time, but not by much'

In such an unpromising context, it could seem like an act of madness to pick this as the time to run for the Dáil as a Labour candidate, as Mayor McNelis has. And yet, since he was announced as the Labour candidate, McNelis has done everything right, albeit within the strict limitations of the damaged political brand that is Blairite New Labourism Irish-style. He is prominent in the local media, was elected Mayor in an election year, is now chair of the board of Galway Roscommon Education and Training Board (what used to be the VEC ). At this stage everyone knows who he is, and your granny, generally speaking, likes him. Mayor McNelis seems certain to be re-elected on May 24 for the Galway City West ward. 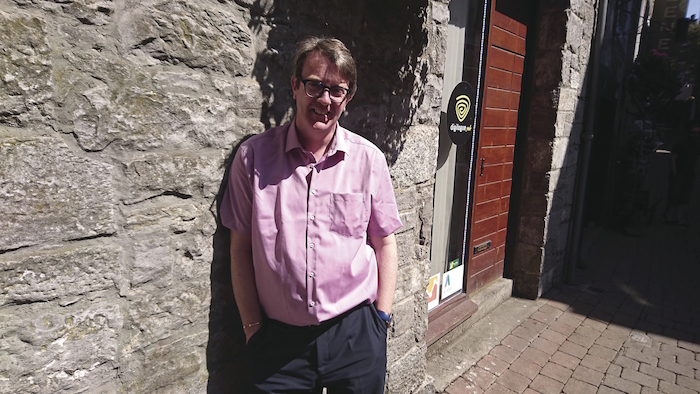 Mayor McNelis’s prominence in the Labour Party locally also underlines his broader political problem. Come May, when the popular Cllr Billy Cameron will be retiring from the council, McNelis may well be the sole Labour representative on Galway City Council. The Labour Party barely exists as an organisation locally these days. It has no attraction for left activists, and – after its electoral demolition in 2016 – is of little use to the more serious variety of political chancer, forever on the lookout for a party through which to further a possible political career.

Mayor McNelis will likely improve on the five per cent vote Derek Nolan received last time, but not by much. Just as there are fewer reasons to hate Labour now than was the case during the hot days of the anti-water charges protests, there is, so far as Insider can see, hardly any reason at all to vote Labour in a general election - unless you are trying to keep someone else out, or perhaps wish to be thought of as a harmless eccentric. It has come to that.

Niall Ó Tuathail - a man in a hurry? 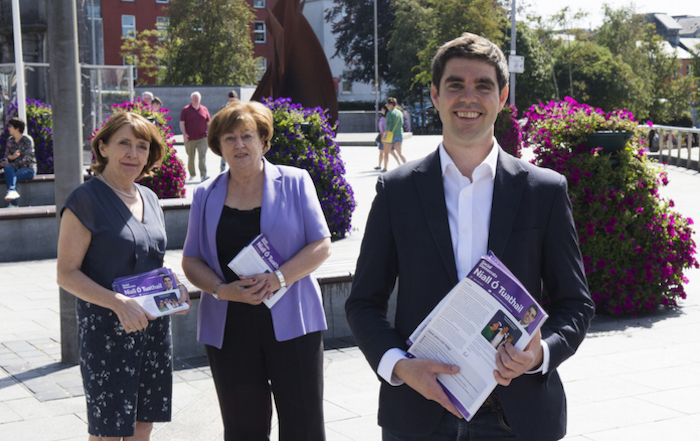 Given all this, and the fact of his pretty stunning first time performance in 2016, which saw him almost in contention for a seat, Niall Ó Tuathail of the Social Democrats should be racing ahead at this stage, and have clearly established himself as the dominant voice of squishy leftism in Galway West - ie, those voters to the left of Fine Gael economically, who cannot stomach the smell of sulphur from Sinn Féin, or cow dung and holy water from Fianna Fáil, and for whom Catherine Connolly is just a little too strident and socialist.

'If Mr Ó Tuathail could be persuaded to come down from Mount Parnassus long enough to run in the local elections, and establish himself as a local councillor first, it could get him your granny’s vote as well'

Mr Ó Tuathail’s big problem is that he is a smart young man in a great hurry, who comes across as having a great welcome for himself, and who appears to have a limited interest in local politics. He could easily win a seat in Galway City Central, probably the one being vacated by Labour’s Billy Cameron, were he to stand there in May’s local elections. However, Mr Ó Tuathail has bigger dreams than talking about dog fouling and traffic. He apparently wants to be Minister for Health, probably in coalition with his friend and mentor Stephen Donnelly who escaped the Social Democrats for Fianna Fáil.

Insider thinks many potential supporters will see Mr Ó Tuathail’s failure to step up for the local elections – given he has yet to be elected to anything – as haughtiness, even arrogance. He will win votes from the vast majority of men with hipster beards and girlfriends who think identity politics is the best thing since stuffed vine-leaves - but they will not be enough. If Mr Ó Tuathail could be persuaded to come down from Mount Parnassus long enough to run in the local elections, and establish himself as a local councillor first, it could get him your granny’s vote as well. And it’s your granny’s first and second preferences that put nice young fellas like Niall (Ó Tuathail or McNelis ) into the Dáil.

Given Mr Ó Tuathail’s almost regal abdication from the local elections, he leaves a potential opening for another candidate on the centre left, Pauline O’Reilly [pictured above] of the Green Party. An excellent activist in the Repeal the 8th campaign, Ms O’Reilly also appears to be that rare thing, a politician who is also a real human being, though of course the Green Party label will not help her garner votes from those burned by austerity.