GET READY for an upbeat night of solid gold hits at the Black Box Theatre on Saturday January 12 as Barry Steele & Friends present their internationally acclaimed show The Roy Orbison Story.

Celebrating the musical magic of The Big O, the show also features original material written but never sung by Roy Orbison, as well as showcasing hits by Jerry Lee Lewis, Procol Harum, Del Shannon, Chris Isaak, The Spencer Davis Group, and a stunningly brilliant accolade as the whole cast comes together to pay homage to supergroup The Traveling Wilburys.

Barry has toured across the globe in his role as Roy Orbison, getting rave reviews from both critics and fans. It is all a far cry from his time serving in the RAF and later working as a long distance lorry driver. On a pre-Christmas visit to Galway, Barry, and his wife Lynne, who is also his manager/publicist, sat down with me to chart the remarkable journey they have made with Orbison’s music. It all began on a family holiday in Cornwall in 2001 when Lynne and their daughter Leonie entered Barry into a singing competition.

“That was a frightening moment!” Barry recalls with a laugh. “I’d never got up in public before then. I sang my song, everyone loved it, and people were coming up to me afterwards saying I obviously sang for a living and I had to tell them I was a lorry driver, and they were shocked and said I should do something with the singing because I sounded like Roy Orbison – even though I had sung Robbie Williams’ 'Angels'.

"After we got home from the holiday we decided maybe we could pursue the singing and start something off. I started learning Roy Orbison’s songs and going around to pubs and clubs and karaoke nights just to learn the trade and it gradually built up from there. I had to learn guitar as well as I’d never played it before or had any involvement in music. Lynne was new to the music scene as well.” 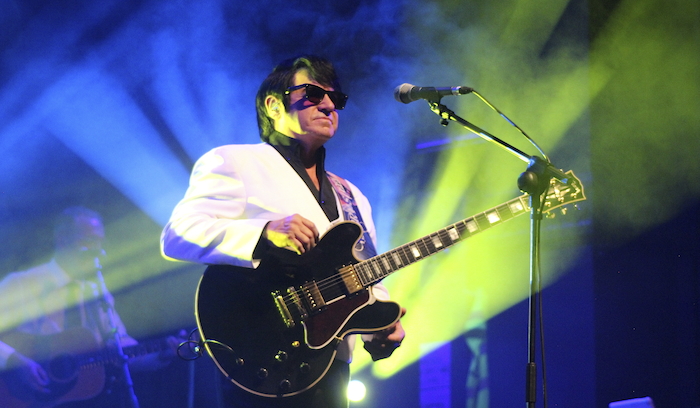 “I was a fraud investigator with the civil service,” Lynne reveals. “So we both came to music from completely different careers and we knew nothing about it. We were very naive to start with and were ripped off a few times. From singing in pubs and clubs we met musical people and they heard Barry sing and the place would go mad when he’d sing 'Pretty Woman' or 'I Drove All Night', and they said Barry should be doing it for a living. Then we met agents who started putting Barry into bigger clubs and it became evident that Roy’s music deserved something more than that.

"Barry was asked to join a theatre show called Knocking On Heaven’s Door in which he sang six songs, and he also toured New Zealand with a Beatles' tribute band and crowds went crazy there as well. I was watching and learning and realised I could do this and we both knew we had more to offer than six songs. I approached a few agents about a Roy show and they said it would never work so we decided to do it ourselves. We’ve been doing it now for the past seven years and it has become more and more popular. It has evolved into the show we have got today.”

Barry has also had the privilege of singing in front of Roy Orbison’s son Wesley, and duetting with Bill Dees, the co-writer of many of Roy’s songs. “On what would have been Roy’s 75th birthday we went to America to meet the hardcore Roy fans, and we also met his son Wesley Orbison just by chance,” Barry relates. “That was a special moment. And we met Bill Dees who had his guitar with him so we had a bit of a singsong, he asked me to sing a few numbers with him. It was an amazing experience and Wesley was filming me on his phone which was nice, a special moment. To be honest I wasn’t a Roy fan to start with though I did know of him and his music, but I hadn’t followed it. Now I have learned so much from doing his music and researching his life that I am a big fan now. It has changed me and our lives completely.”

I ask how Barry found the ‘original material’ that Roy wrote but never sang that features in the show. “Lynne is very big on research and she found ''Til The Heart Caves In' which kd lang did,” he replies. “Roy had written it but never performed it so we learned it and added it to the show and everyone absolutely loves it. It’s a marvellous song and the minute we heard it we knew it had to go into the show. There are also up to date songs, ones that we think Roy might have been doing today if he were still alive so we are trying to modernise the music. The second half of the show is more upbeat and a few changes to the style of the songs. Chris Isaak was a big fan of Roy and I do a couple of his songs and they go down very well.” 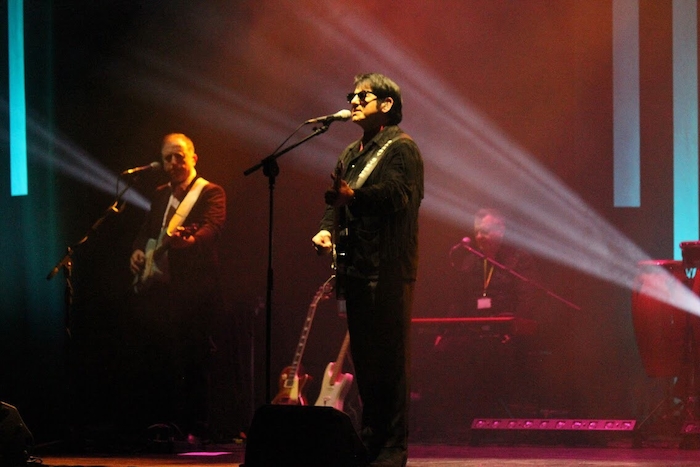 The show is not just a run through of Orbison songs but features a large screen at the back of the stage which tells the story, with its powerful mix of triumphs and tragedies, about Roy’s life and music.

Barry and Lynne also emphasise the big input of his bandmates into the show. “The band we have now is so experienced and talented,” Lynne declares. “The show is MC'd by Charlie Landsborough’s former lead guitarist so the musicianship is second to none. The drummer has worked with Deep Purple, and Boogie Williams is one of the most amazing pianists I have ever seen! He brings a nice rocky interlude to the show and he does a terrific version of 'Whiter Shade Of Pale'. We don’t just have to please the Roy fans, we have to please the ‘plus one’ that comes with them. It is a show that has got something for everyone. It’s a really experienced band and that comes across in all the reviews, the show is not just about Barry it is about the team.”

“It is such a pleasure to do and to be able to reincarnate the memories that people have of Roy and hear people say the show takes them back to when they used to listen to him,” Barry concludes. “Some people cry during the show because they find the memories and the music so strong and that is great. We come out to the front of house after the show to speak to the audience, whoever wants to say hallo and share their memories. Some people bring photos of themselves seeing and meeting Roy and we enjoy meeting them and hearing their stories. We just want to celebrate Roy and his music.”