WITH A cracking new solo album, Monster, just released, former Stranglers front-man Hugh Cornwell rocks up to the Róisín Dubh next week for what promises to be a storming gig featuring both gems from his solo output and beloved Strangler classics.

“I’m looking forward to coming to Galway,” he tells me over an amiable afternoon phone call. “I’ve not been there in a long time, since 2005. I did an acoustic show the last time I was there at the Town Hall, as part of the Cúirt festival. I remember I really enjoyed myself.”

“They are all people that I am interested in,” Cornwell says of Monster’s diverse array of personalities. “It all started off with my mother, I wanted to write a tribute about her and then one by one the others cropped up. I don’t know if they have anything in common beyond being remarkable people. My mother was a resilient woman; she liked to swim and to look after herself. I definitely inherited some of my traits from her; I think anyone would be lying if they said they didn’t pick up traits from their parents.”

‘Mosin’ celebrates the late, great, New Orleans pianist songwriter Mose Allison. Cornwell had initially hoped Allison himself would play on it but his death prevented that happening. “I would have loved for him to play on it but unfortunately the Grim Reaper got him before I could get there,” Cornwell notes ruefully. “I did get to meet him briefly in New Orleans. I was recording there and Mose was doing a gig so my producer and I we went to it and afterwards the producer asked me ‘Do you want to meet Mose?’ He got me backstage and it was great. I was speechless; I didn’t know what to say to him.” 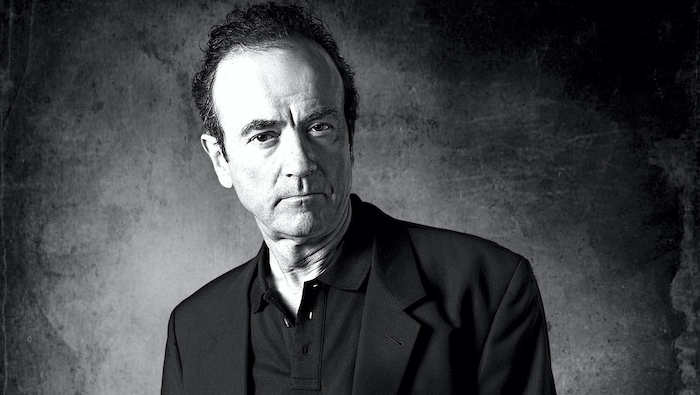 Another long-time Cornwell hero who pops up on Monster is ‘Bilko’ the conniving army sergeant played by Phil Silvers in the classic TV comedy series. “It would have been great to meet him, can you imagine?!” Cornwell opines. I was brought up on the Phil Silvers Show; it was a constant source of pleasure for me. There were about 150 episodes in four years, it was a remarkable achievement.”

While most of the tracks toast heroic figures, two portray men who would be assigned to history’s roll of villains; Robert Mugabe in ‘Robert’ and Benito Mussolini in ‘Duce Coochie Man’. Interestingly Cornwell offers nuanced readings of them rather than simplistic condemnations. “I hope so; I’m sure when they started out on their chosen paths they were probably motivated to do some good for their countries,” he muses. “Most people start out like that and then other things take priority in their objectives and they become someone else. It’s a sad indictment of power; once they get power they don’t want to lose it or to share it and they are perfect examples of that.”

'I’d be happy to do another record with John Cooper-Clarke. He is a great, fun guy, to work with and a very good singer'

‘Attack of the Major Sevens’, in contrast to the other songs, is about a musical chord. “That chord is really notorious in rock music,” Cornwell observes. “Not many people have used it in rock music – I have used it occasionally. It has a bitter-sweet vibe suitable for unrequited love or sentimentality and melancholy. It’s associated with sugary song-writing. Jimmy Webb used it a lot and Arthur Lee, of Love, who I am a huge fan of, he was one of the first to bring it into rock music. He used it outrageously in some of Love’s songs. That track references Jimmy and Arthur Lee, it’s a bit obscure that one.”

Cornwell, who is a qualified biochemist, always had more irons in the fire than that of being a rock musician. One of his great passions is cinema and he presents a compelling internet radio show entitled Mr DemilleFM which delves into the lives and works of leading film artists. “We manage to post about two shows a month,” he tells me. “When it started I did three every four weeks but I couldn’t keep that output up. I really like doing the interviews for the show and have a few more interesting interviews in the pipeline. I'm just waiting for some replies.”

Given his love of film would he ever like to score a film soundtrack? “I’m working on a feature film at the moment and I’ll be overseeing the music but I’m not sure yet if I’ll contribute anything; I might write a song or two,” he replies. “I like the producer’s position because you’re overseeing everything and you’re putting creative people together who work well as a group. It’s a nice position to be in whereas I would never ever want to direct a film - directors all look like they are burnt out and there’s a good reason for that. Who would want to do that? I know what they go through and you’ve got to be mad to want to do it!”

Cornwell has also written two well received novels, Window On The World (2011 ) and Arnold Drive (2014 ). “I’ve got two more on the go at the moment,” he reveals. “One I’ve just started but the other is proving very temperamental as regards trying to finish it. I’m doing a second re-write of it this winter and hopefully it will be ready for publication early next year.”

Prior to Monster, Cornwell’s last release was his inspired collaboration with John Cooper Clarke, This Time Is It’s Personal where Clarke sang a selection of classic pop songs such as ‘McArthur Park’ and ‘Spanish Harlem’. “I’d be happy to do another record with John,” Cornwell declares. “He is a great, fun guy, to work with and a very good singer. I know what songs we’d do on a follow up album and talked about it with him. It’s down to finding some label who wants to do it and put it out. If someone rings us up and say they want to do it and pay for it we’re up for it.”

And so to next week’s rollicking Roisín date. Cornwell outlines what punters can expect, which will include a feast of Strangler classics; “The live show is made up of two totally electric sets with a bass, drum and guitar line-up. The first set is a collection of my songs throughout the years and we’ll play about half of the new album. Then, after a little break, we come back and do a ‘death by Stranglers’ set where we force-feed the audience with Strangler songs. There are so many, we have about 18 or 20, and to make it fun we are changing the set every night which is quite nice.”

Hugh Cornwell plays the Róisín Dubh on Sunday November 25 at 8pm. Tickets are available from www.roisindubh.net; the Ticket Desk at [email protected], Shop Street; and The Róisín Dubh.