Even so - perhaps especially so - there is a need for caution. Turnout in 2011, after a hard fought campaign, was about 55 per cent. If, instead, complacency among Higgins supporters leads to a lower turnout - say, around the 35 per cent we have seen for some referenda - Insider's analysis suggests that the outcome is far less certain. The only poll that counts is the one on polling day, and there is no opportunity to revisit the issue (at least for seven years ) should we wake up the next day with a hangover and regret.

So, Insider feels compelled to make the case for re-election. Or perhaps two intersecting cases: first, President Higgins is the candidate who has the best understanding of the role of president - its responsibilities and its affordances - and who has the skills - of oratory, analysis, and empathy - to carry out that role in all its nuance and complexity. 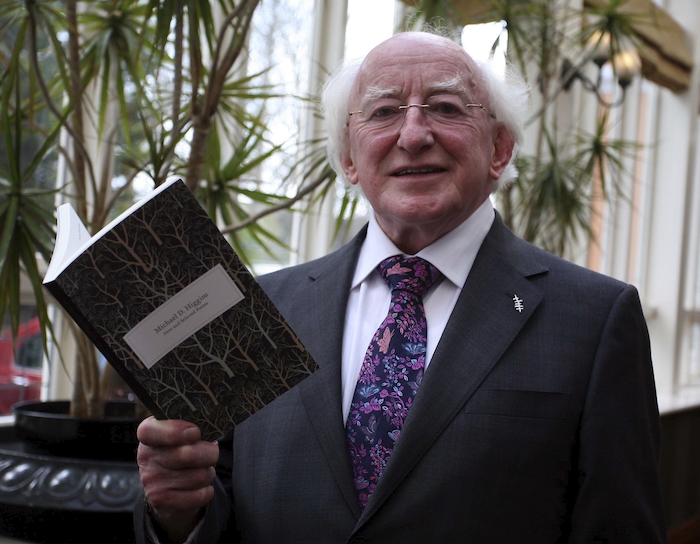 The second thing we might look to is the set of values that President Higgins has brought to the office. There no clear dividing line between this argument and the previous - the President's sense of empathy, of human decency, inform his political values, while those political values reinforce his commitment to exercising care and human-centred engagement in his work. There is a poignant reference in the President's collection, Renewing the Republic, which illustrates this. In the midst of a discussion of the role of the public representative in Ireland - itself a useful read for both students and practitioners - he reflects briefly on his decision to first run for office, as a Dáil candidate for the Labour Party, in 1969. It is clear that he was aware from the start of the commitment he was making, to becoming a 'public person', to a particular type of public service.

When the President (now, again, a candidate ) spoke at the Town Hall Theatre last Monday, he reflected on his long relationship with Galway, of coming to the city first to work with the ESB, later as a student at what was then UCG. And then "the great privilege of teaching", of knowing he was "one of a generation [of working class students] who were coming into the third level for the first time". He carries in him both the knowledge of how the opportunities he had were hard won by those who went before, and the frustration that the gates of third level had been opened but a crack, and that many more lacked such opportunities. 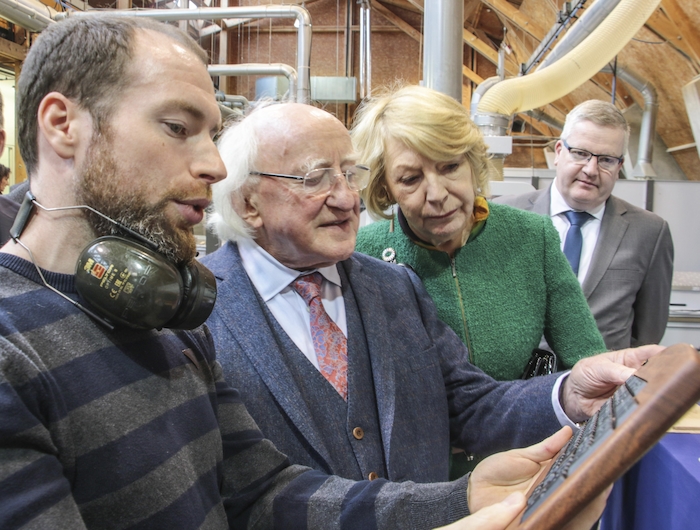 And so, the long commitment to public service - first at UCG where, as a former "non-traditional" student himself, he was an advocate for and instructor of extra-mural classes "across the west of Ireland", as well as one of the founders of the Workers Union of Ireland (now SIPTU ) branch on campus. Alongside that, standing up in front of the electorate, time after time, day after day, and making the case for his vision of a better society, a better state.

'As minister for the arts, he might have concentrated on tinkering around the edges - instead he sought to reshape our cultural spaces as inclusive, responsive to our heritage, and vibrant'

At a public meeting for volunteers last week, several speakers referenced Higgins' final address to the Dáil, and his exhortation "to act in the public space with whatever...gifts of hand or brain one has". This has been Higgins' guiding principle - he has put himself forward as a candidate, worked as a politician, because this is how he can have the greatest positive influence on the world, and, as he puts it "deliver for one's fellow citizens". 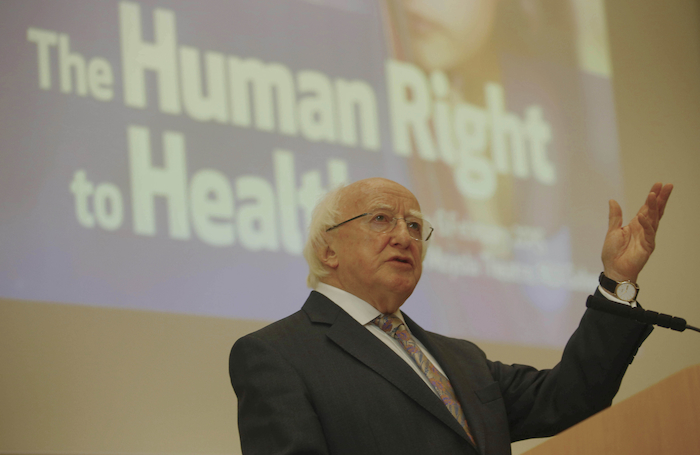 The senior, high profile, roles are the most obvious ones to point to. As a minister in the two Labour coalition governments from 1993 to 1997, he scrapped Section 31 (which prevented members of various groups from being featured over the airwaves ), established TG4, and can take significant credit for jumpstarting the Irish film industry. During his term in office, a network of performance spaces was built around the country (including our own Town Hall Theatre ), and the first community radio stations were licensed (including Galway's own Connemara Community Radio and NUIG's Flirt FM ). As minister for the arts, he might have concentrated on tinkering around the edges - instead he sought to reshape our cultural spaces as inclusive, responsive to our heritage, and vibrant. As president, he has used his platform to argue for urgent action on climate change, for inter-generational justice, and more.

Earlier this year, during the referendum on Repealing the Eighth, attention was drawn to his contributions, together with those of fellow senator (and later Supreme Court judge ) Catherine McGuinness. Together, they had come close to blocking passage of the original referendum bill through the Seanad in 1983, and their contributions were worth re-reading, if for nothing else, then for the prescience of their predictions regarding the effect of the amendment. Running through those contributions, though, was a concern for the impact on women - pregnant teenagers, those who were ill, wives with abusive or controlling husbands.

'The President is not responsible for legislative action, but s/he can act on the symbolic plane'

A concern for the vulnerable, and a commitment not just to temporary, knee-jerk, relief, but to shaping a better society for all, has run like a thread through President Higgins' career. In this, he has long established himself internationally for his work - in 1992 he was the first awardee of the International Peace Bureau's Sean McBride Peace Prize. (Noam Chomsky and Jeremy Corbyn, in contrast, had to wait until 2017 before being recognised ).

Many readers, like Insider, will have attended the lecture the President gave at NUI Galway during this year's Galway International Arts Festival, in which he moved nimbly from the dawn of civilisation through to the present day, ruminating on the meaning and role of 'home'. A timely topic, and one which he used to draw attention not only to immediate crises of housing and homelessness, but also to the historical challenges faced by nomadic groups and indigenous populations in colonised countries; to the role played by the state in providing housing from the 1880s onward; and to the issue of climate change: "We require now an international solidarity, shorn of national antagonisms, open and willing to co-operate where we can and sacrifice where we must." A simple, clear statement, and one that gets to the heart of any solution - as well as hinting at the very real barriers to effective action on this issue that will shape the future of humankind.

The president is not responsible for legislative action, but s/he can act on the symbolic plane. Uachtarán Higgins has noted that in recent statements, where he stresses his understanding of the limitations - as well as how to most effectively use the office to shape conversations and frame broad social issues.

The slogan of the 2011 campaign was 'a President who will do us proud'. The manner in which Uachtarán Higgins has conducted himself as president, his authentic passion for this country and its people, and his interventions on a range of matters of consequence: all of these leave Insider convinced that this man - this President who always does us proud - is the right choice for our number one votes on October 26.