Sharon Nolan, one of Galway's leading campaigners on LGBTQ+ rights, gender recognition, and better trans healthcare, will be running for the Social Democrats in the 2019 Local Elections on a platform of "engaging younger and underrepresented voices in Galway".

On Tuesday, the Social Democrats announced that Sharon Nolan and John Crowley would be its Galway city candidates at next May's local elections. Both were heavily involved in the marriage equality and Repeal the Eighth referenda in Galway, and both worked on Niall Ó Tuathail's 2016 general election campaign. Ms Nolan will be standing in the Galway City Central electoral ward, while Mr Crowley will stand in Galway City West.

Ms Nolan was co-convenor of the successful Together for Yes campaign earlier this year, and she is also the current chair of Galway Community Pride. "I'm not what people expect a politician to look like - but the personal is political," she said. “I aim to engage younger and underrepresented voices of Galway. There are so many people who feel excluded from politics as they don’t see representation like themselves at the table. We need to consider not only the voices in the room, but those who can’t access the room at all and why.” 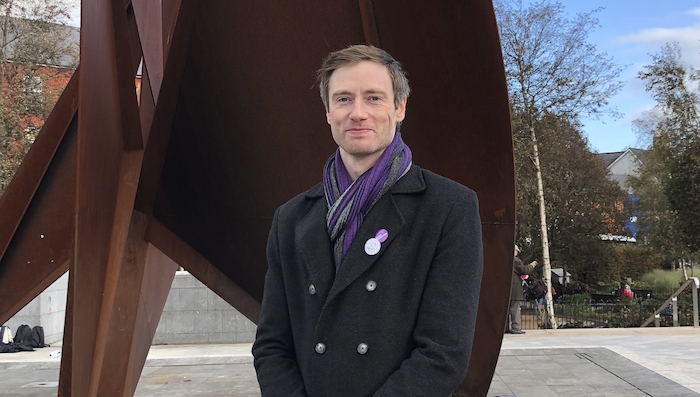 John Crowley is best known for his work with Galway Film Fleadh and is currently involved in the local campaign to re-elect Uachtarán na hÉireann Michael D Higgins. Speaking following his selection, he said: “There are many politicians who contest the local elections to simply use it as a springboard into the Dáil. Should I have the honour to serve, I will be solely focused on working on Galway City Council for the five year term to benefit the people that make up our city.”

Having been widely expected to run for the Galway City Council, Social Democrats general election candidate Niall Ó Tuathail said that, while "local government is important", he wanted to "use my experience in health reform and the best place to do that is in the Dáil".