Galway mayor, Labour city councillor, and the party's Galway West General Election candidate, Níall McNelis, grabbed national headlines early this week, intervening to prevent an assault in the city centre. Yet Galwegians will not have been surprised by his instinct to 'step up' when witnessing someone in need.

The public are familiar with Mayor McNelis's energy and work ethic, and involvement with a wide range of voluntary and community groups. He will need that energy over the coming weeks, as the presidential campaign about to get (formally ) under way after a summer of speculation. McNelis's predecessor and mentor, President Higgins, is highly favoured by polls and bookmakers, with one popular bookmaker offering odds of 1 to 5 on re-election, and his closest challenger at 5/1.

However, presidential elections are strange, and hard-fought, campaigns, and we can expect to see McNelis joining other Higgins supporters in knocking on doors in the near future. Every vote counts, to repeat the old mantra, and none can be taken for granted. Insider, for one, plans to sign up and join the canvass crews, inspired not only by the #KeepThePoet hashtag that circulated over the summer, but also by Higgins' long record as a voice for justice, care, and solidarity, and by the compassionate and thoughtful way in which he has conducted himself as Uachtarán na hÉireann.

That campaign will, of course, be a cross-party effort, and Insider hopes that as we move from silly season - and some putative candidates with whom one would not naturally associate the term 'presidential' - this will be a campaign marked by excitement, collaboration, and potential.

Keeping McNelis busy, Labour leader Brendan Howlin is in Galway this week, for what Insider understands will be a full schedule of events. Housing is one of the main issues on the agenda, and his visit has coincided with both the Crisis Campout in Eyre Square, organised by NUIG and GMIT students, as well as the trade union movement's OneGalway workshop. Howlin's party colleague Jan O'Sullivan produced a significant housing policy document earlier this year, and Insider expects Howlin will have used his time in Galway to make the case for Labour's proposal of significant national investment in social and public housing.

'Student housing, family housing, and the housing needs of other groups are all interconnected'

The issue of potential challenges to Howlin's leadership of Labour filled otherwise empty space for many journalists over the summer, though no formal leadership election is likely this side of a general election. For Insider, this issue is a proxy for a broader debate - about communication and outreach, about policy and engagement - which the party continues to grapple with, in a changing political landscape. For many - including Insider - while this debate is vital for the party apparatus, it is not what interests the broader public, or those looking to become involved in politics, for whom issues of policy and vision are what matter.

With Wednesday being the annual riot of colour and anarchic enthusiasm that is Societies Day on the NUIG campus, Insider expects Howlin will also have had a chance to meet with students - both the returned and newly arrived - and make the case for joining the campus's outpost of the Labour Party. Many, no doubt, will be particularly interested in what he has to say about housing, with the current crisis in the city having a particular impact on those on fixed incomes, and those newly arrived into the city.

Insider never tires of stressing a point that is also made in that Labour policy document: that student housing, family housing, and the housing needs of other groups are all interconnected. The lack of dedicated student accommodation, sufficient to the needs of the student population, contributes both to increased pressure on the regular residential housing stock, as well as changing the environment for residents in areas that previously housed primarily families and older households, but now have high densities of student housing, with the socialising and usage patterns that naturally accompany that.

Stop by either campus - or eavesdrop on conversations across the city - and you will hear stories of students commuting from other counties, due in large part to the shortage (and high prices ) of available housing in Galway; of 'couch-surfing' and hostel stays that last well into the semester; and of sub-standard accommodation offered for extortionate rents. 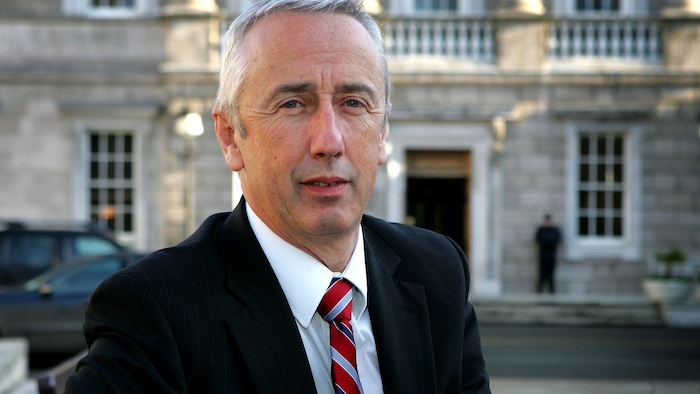 All of this prompted the student campout in Eyre Square and made those whispered stories and issues visible. There was some media attention earlier this year, when the fact that student housing is not subject to the same regulations as other accommodation - in particular rent controls - allowed double-digit rent increases at some student developments. Insider is hopeful we will soon see student housing properly regulated, and included within Rent Pressure Zone regulations, but that will solve only part of the problem. Increased capacity - thousands of extra student beds in Galway alone - needs to be part of the solution.

There was a small victory for McNelis and party colleague Senator Kevin Humphreys [pictured above] early this week, with housing minister Eoghan Murphy [pictured below] announcing plans to start dealing with abuse of the AirBnB model by landlords. The platform is promoted as a win-win that utilises the spare capacity of empty bedrooms, facilitating an informal, and community-oriented, marketplace.

Increasingly, however, residential property is being withdrawn from the rental market by landlords, who can make multiples of their existing income by converting to short-term lettings of whole apartments or houses. McNelis and Humphreys have been highlighting this problem for some time - capacity is being removed from an already tight housing market, while an unregulated sector develops that competes with hotel and guesthouses, but without similar inspections and standards.

Now, finally, after Humphreys introduced legislation in the Seanad to address the issue, Minister Murphy has announced plans to restrict AirBnB-style lettings in Dublin city to owner-occupied properties. This allows short lettings of the full unit while owners are away on holiday, as well as of individual bedrooms, but stops much of the abuse documented recently. This could potentially return thousands of units to the rental sector (or, if landlords prefer, they might be released for sale ). However, Insider is sure, given McNelis's previous work highlighting the impact of this issue on Galway, that he will be pushing for the expansion of the new rules to cover the city - perhaps through rolling them into the regulations governing Rent Pressure Zones, which currently include not just Dublin and Galway, but also Cork and various commuter areas around Dublin.

That, potentially, will provide hundreds of extra beds for the student letting market, almost immediately. Still, Insider believes we need to build - and that this clearly cannot be left to the private market, where much recent activity has focused on 'high end' expensive units, rather than ensuring students, those on the housing lists, and others on constrained incomes, can access affordable, quality housing. Focusing on incentives for developers and landlords is only doing so much, and risks over-heating a precarious economic situation. State action - at local authority and national level - is urgently needed.