If Micheál Martin wants to avoid becoming the first leader of Fianna Fáil not to become Taoiseach, then a second seat for his party in Galway West is key to avoiding this.

It would seem the importance of the candidate is growing as each election passes. In times gone by, the ‘quality’ of the candidate on an FF or FG ticket was irrelevant. These two parties were guaranteed a certain percentage of the vote, regardless. Times have changed. While parties still maintain support at a baseline, it is a lot less than before.

Fianna Fáil is currently hovering somewhere between 23 and 28 per cent, depending on the poll. This is knocking on the door of two seats. However, Fine Gael is on c30 per cent. The reality is both parties will not win two seats in Galway West in the same election. Both party leaders and their staff know this, and know a second seat here would either see Varadkar return to power, or Martin oust him.

The Fine Gael ticket seems clear - two candidates, Sean Kyne and Hildagarde Naughton. However a third candidate being added has not yet been totally ruled out. Fianna Fáil has Dep Éamon Ó Cuív lining out. Cllr Peter Keane has declared his intention to be added on the ticket, while councillors Mike and Ollie Crowe have more or less ruled out running. That said, FF HQ has, as of yet, not ruled out one of them entering the race. It is felt in certain quarters that the brothers' campaign experience, along with a better name recognition in the city, would better help the party achieve its goal. If things remain as they now are, they will row in behind Keane. This is vital for him and the party.

'Do not completely rule out Ó Tuathail joining Fianna Fáil'

The other factor at play is the Social Democrats' Niall Ó Tuathail. It is well known that Fianna Fáil has approached him to join the party with a view to running in the next General Election. Ó Tuathail has publicly confirmed this approach but according to himself is not for moving. However, Insider is long enough around the political game to know, never say never. And interestingly, Ó Tuathail while stating he will not join the soldiers of destiny, has not exactly gone on an all-out attack on Fianna Fáil. It might be described pleasantly as a polite refusal to join. And when Fianna Fail gets a polite refusal, it often returns to explore further. Do not completely rule out Ó Tuathail joining Fianna Fáil. 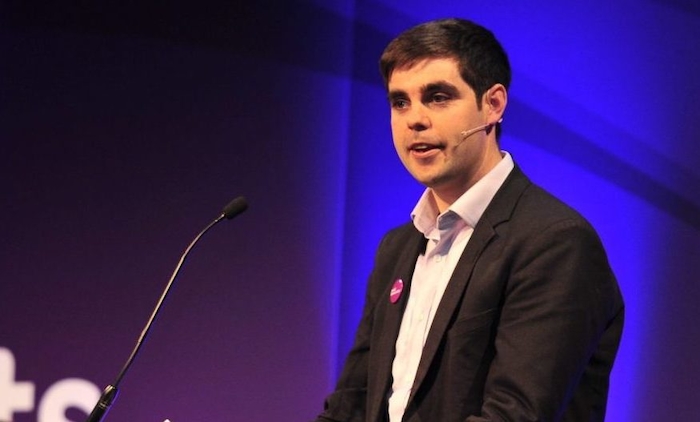 But let us return to Cllr Peter Keane, who at present is the only one who has stepped forward to state his intention to run for the party. He is a different type of candidate to Cllr Michael Crowe, the last person to come close to winning an extra seat for the party. He also has a different style to Crowe, and indeed to John Connolly, who performed admirably for the party last time out.

While Keane may not be everybody’s cup of tea, he has several positive attributes. Firstly, the starting point for the party to have any chance of winning two seats is the second candidate must be city based. Being a sitting councillor is also a bonus. Another very important ingredient in any successful campaign is hunger - and Keane appears to have plenty of this. He and his team are canvassing for over a year now and Insider believes it is beginning to pay off. They are quietly going about their business working their way across the city.

Despite everything in the modern world, including the all pervasive social media, canvassing is still vital, and it is particularly beneficial in non-election times. It allows the candidate to become known and there is no pressure to have to get areas covered by a certain time. All this kicks in once the starting gun is fired for the official campaign. Furthermore, while Dáil campaigns are a different level, Keane has been blooded. He won a seat easily in the last two local elections and this was particularly impressive last time out when the weight of FF headquarters was behind his running mate. Despite everything, Keane came through and beat him easily enough in the end.

Insider genuinely believes one of the most underrated qualities in a human being is experience. Many potential employers do not weight it strongly enough against other factors such as education and personality. The electorate are the same, and arguably more so now than ever. The arrival of the illusion that is created by social media is a barrier to some good people getting elected. But it will change. Social media is soft. More importantly, it is fickle. Everyone is an author, and everyone is an expert.

It is thought that FF headquarters, including the party leadership, ably assisted by Ó Tuathail’s former party colleague, Stephen Donnelly, continue to court the Social Democrat candidate. That old adage, ‘be careful what you wish for’, springs to mind. Ó Tuathail has more of a presence on social media than Keane, but Keane has more experience in real politik and representing the people’s interests. He is also a practising solicitor. Educated and experienced.

So here is the thing, over the coming years there will be many important projects that need to be delivered for Galway - the outer-ring road, social housing, sports developments, the port development, etc. The question is would you prefer a person who says all the nice things negotiating on your behalf, or would you prefer a tough, fair, and experienced individual? Insider is clear on his preference. Over to you now, Electorate.