This quotation is taken from James Connolly’s pamphlet Socialism Made Easy (1909 ). Seven years later, weeks before the Easter Rising, as Irish people lived in abject poverty at home, and were being slaughtered on the fields of Flanders for the sake of the British Empire, Connolly’s tone against the class enemy was understandably harsher:

"We are out for Ireland for the Irish. But who are the Irish? Not the rack-renting, slum-owning landlord; not the sweating, profit grinding capitalist; not the sleek and oily lawyer; not the prostitute pressman – the hired liars of the enemy. Not these are the Irish upon whom the future depends. Not these, but the Irish working class, the only secure foundation upon which a free nation can be reared.”

These revolutionary words come from editorial Connolly' wrote for the Workers’ Republic newspaper on April 8 1916. At this point he was also the leader of the Irish Transport & General Workers’ Union, and was unapologetically a Marxist Socialist. For that very reason, after the Rising, the Irish Independent shamelessly campaigned for Connolly’s execution. The newspaper was owned by the powerful businessman of 1913 Lockout infamy, William Martin Murphy. 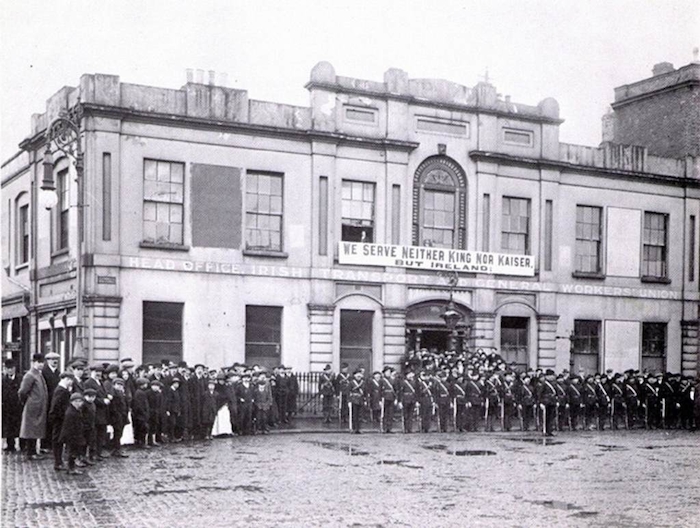 On May 10 1916 after a break in the executions, it was felt Connolly would not be executed. However, the Irish Independent published his photo and editorialised “Let the worst of the ringleaders be singled out and dealt with as deserved.” The British acceded to the call. On May 12 Connolly was carried to the execution yard in Kilmainham Prison, propped up against a wall and shot.

With the killing of Connolly and Padraig Pearse the radical revolutionary movement had been beheaded. Later the Free State Justice Minister Kevin O’Higgins would gloat: “We were the most conservative revolutionaries in history.” Those who took control of the Irish State suppressed Connolly’s political and economic ideas. O’Higgins ensured that the influential Liam Mellows, who recognised the significance of Connolly’s Marxism, would be executed. Seventy-six other Republican prisoners had a similar fate. 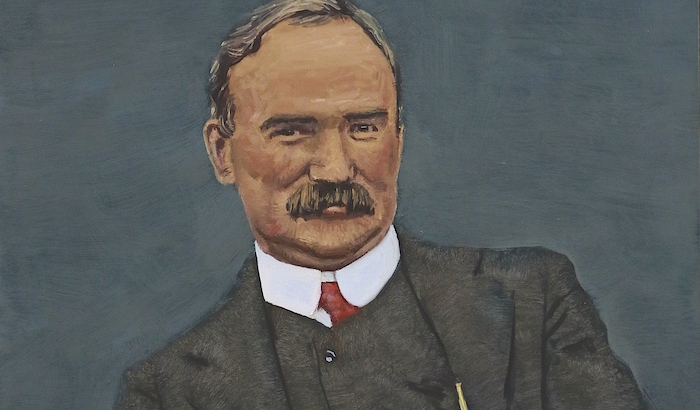 On June 5 we mark the 150th anniversary of Connolly’s birth to Irish emigrant parents in Edinburgh (for a detailed biographical account see the newly republished classic The Life and Times of James Connolly by C Desmond Greaves ). Although Connolly lived a century ago, his ideas and insights remain as relevant as when they were penned.

On women’s rights, an issue central to the recent referendum campaign, Connolly was an avowed feminist. In the Reconquest of Ireland he describes working class women as “the slave of a slave”. In his use of language, he rarely employed the word “men” to denote all of humanity, testifying to his view of women as equals and partners in the labour movement.

He envisioned women and men side-by-side building a socialist future: “None so fitted to break the chains as they who wear them, none so well equipped to decide what is a fetter. In its march towards freedom the working class in Ireland must cheer on the efforts of those women who, feeling on their souls and bodies the fetters of the ages, have arisen to strike them off, and cheer all the louder if in its hatred of thraldom and passion for freedom the women’s army forges ahead of the militant army of labour." 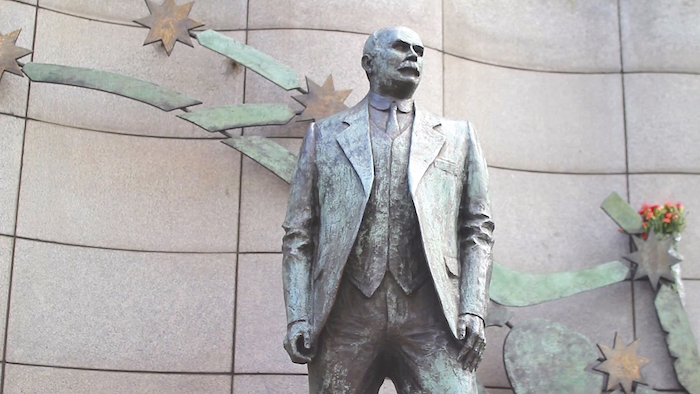 While Connolly expressed optimism regarding the future, he remained a realist, accurately predicting Ireland’s partition would spawn a “carnival of reaction North and South”. This materialised with a “Protestant state for a Protestant people” in the Six Counties and Southern governments too often tied to the frocks of the Catholic hierarchy.

In contrast, to those “most conservative revolutionaries”, Connolly did not fear the pulpit. In 1910, Fr Kane SJ dedicated his Lenten lectures to a denunciation of socialism. Connolly’s reply in Labour, Nationality and Religion was the result. Connolly argued that socialism was a political and economic question, distinct from religious beliefs. Its theory was a science, like mathematics, which can be discussed without involving atheism or Christian dogma. He argued that socialism was compatible with religious beliefs. Marxism was a guide to action, not a dogma.

Connolly applied Marx’s historical materialist method to Ireland’s history in one of his most famous works, Labour In Irish History, unfolding the social struggles of the Irish people. He noted: “Irish history has ever been written by the Master class – in the interests of the Master class.” In contrast to bourgeois historians, Connolly was scathing of Irish leaders such as Henry Grattan and Daniel O’Connell, and their betrayal of the people.

This did not prevent, back in 2013, Galway members of the Labour Party – a party founded by Connolly in 1912 – help organise a pageant re-enacting O’Connell’s “monster meeting” at Shantalla’s Sliding Rock. Were they unaware of Connolly’s “A Chapter of Horrors: Daniel O’Connell and the working class” in Labour In Irish History?

James Connolly’s views have been silenced within the national discourse, and also inside the Labour Party. This partly explains Labour’s consistent betrayal of working people and how it now deservedly faces extinction.

Central to Connolly’s teaching was the need for national independence. It was no accident his first party was named: the Irish Socialist Republican Party (1896 ). Only a socialist republic would achieve true independence.

In Socialism Made Easy (1909 ) he notes: “After Ireland is free, says the patriot who won’t touch Socialism, we will protect all classes and if you won’t pay your rent you will be evicted, same as now, but the warrant turning you out on the roadside will be stamped with the arms of the Republic.” Connolly understood that the struggle for working class and national liberty are one: “The cause of Ireland is the cause of Labour. The cause of Labour is the cause of Ireland.”

However, Connolly also recognised – as did Lenin – that a national war against imperialism was a revolutionary act, or, as he put it “the first stage of freedom”, and the outbreak of the imperialist World War was the opportunity to take this step and simultaneously oppose Ireland’s involvement in that bloody battle between empires.

Realistic about “the patriot who won’t touch Socialism” or “conservative revolutionaries”, he told the Irish Citizens Army shortly before the Rising: “The odds are a thousand to one against us, but in the event of victory hold onto your rifles as those with whom we are fighting may stop before our goal is reached. We are out for economic as well as political liberty.”

The Easter Proclamation contains Connolly’s influence and reflects its author’s, Pearse’s, agreement: “We declare the right of the people of Ireland to the ownership of Ireland, and to the unfettered control of Irish destinies, to be sovereign and indefeasible.”

This aspiration is as relevant today as the Irish people continue to pay the foreign banking debt imposed by our masters in Brussels and Berlin. Indeed, Connolly’s slogan, "We serve neither King nor Kaiser", opposing World War I, resonates uncannily in the present Brexit debate.

As early as 1897 Connolly understood that only socialism could combat foreign finance capital, when he wrote in the Shan Van Vocht newspaper: “If you remove the English Army tomorrow and hoist the green flag over Dublin Castle, unless you set about the organisation of the Socialist Republic your efforts will be in vain. England will still rule you. She would rule you through her capitalists, through her landlords, through her financiers, through the whole array of commercial and individualist institutions she has planted in this country and watered with the tears of our mothers and the blood of our martyrs.”