Ireland is falling behind on its environmental commitments under the UN’s Sustainable Development Goals a newly published report has found. Social Justice Ireland in its Sustainable Progress Index for 2018 warns the State risks huge European fines if we continue to ignore our commitments.

The report, launched in Dublin on February 20, said Ireland's lack of performance in achieving UN Sustainable Development Goals is a real cause for concern. The 17 goals are at the centre of the UN’s sustainable development agenda seeking to achieve more than 150 targets aimed at ending poverty, protecting the planet, and ensuring prosperity for all by 2030.

Ireland ranks in last place for Responsible Consumption and Production with Ireland still producing more waste per capita than its EU counterparts. The report suggests the State needs to drastically change its waste-based consumption patterns. It also highlights that Ireland is performing poorly in terms of dealing with its greenhouse gas emissions.

Insider often wonders what such reports would say about Galway's response to the need to help reduce national transport derived carbon emissions which are said to be 19.8 per cent, second only to agricultural emissions at 32 per cent (EPA November, 2017 ). Yet, it is still planned to build an urban motorway through our inner suburbs!

Galway City Council executive, along with most of its elected members, Galway County Council engineers, Transport Infrastructure Ireland, and the National Transport Agency continue to reject any consideration of a light rail system for the city - a more environmentally sustainable and financially viable solution to traffic gridlock, and to reducing the pollution building yet another ring-road would cause.

Most people in the city already know that only around three per cent of drivers would use the bypass to actually cross the entire length of the inner-motorway (consultants' own figures say 2,692 ). Instead, car owners who use it will dip in and out, using only parts of it to bring children to schools in the centre or going on to access their workplaces. Of the present 77,200 cars journey’s crossing the Corrib each day, just 12,600 fewer will travel on their present routes.

Insider is convinced now, more than ever, that spending in excess of €3/4 billion on an urban motorway will only encourage an increase in ‘rural housing sprawl’ and promote the continued use of cars on long commutes. Dr Mary Kelly, chair of An Bord Pleanala, believes urban sprawl is "denying people regular life" due to "terrible commutes".

The most optimistic view is that the outer bypass will reduce traffic in Galway by just five per cent. Many commentators believe it will instead generate many new car trips with motorists using the outer bypass, now a ring road, only to avoid busy city roads. This will make Galway more, not less, car dependent.

Like feeding pigeons, the more you feed them the more will magically appear. The strategy of spending €200 million providing more buses is not smart or future proof either, since buses, for the foreseeable future, will still depend on using imported oil and will continue to pollute. This represents continued bad transport planning. If, as we are being told in the NDP, Galway is to grow its resident population by a further 40,000 by 2040, such a policy will lead to yet more traffic chaos, unless there is a significant improvement in the availability of better public transport!

Insider believes a more sustainable and visionary public transport mode is required. The enthusiastic promoters of light rail in Galway (currently known as Gluas ) present us with part of a solution to more gridlock. They are not going to be denied by comments from the CEO of the National Transport Authority, Dr Anne Graham, who claims the light rail proposals for Galway are “a highly inefficient option to the city's traffic problems". Ms Grahams referral to the 2009 MVA report is misleading.

A two line light rail network will offer a service to about 40 per cent of Galway residents living within five minutes walk of a tram stop. This system is based on its operators using locally generated renewable electric power. Trams could be equipped with ground-level power supply and energy recovery technology to allow catenary-free operation in the city centre, and will have Park and Ride at outer terminals, where incoming car drivers will be happy to take a tram. Trams will attract about 25 per cent of all internal car trips. In Freiburg, trams take 35 per cent of car trips. This is certainly much better value use for public money than the Outer Bypass at €700 + million, reducing motor traffic by just five per cent.

It will be interesting to see an independent cost benefit analysis of the proposed city motorway, set against provision of light rail, when the road proposals are eventually presented to An Bord Pleanala. What then is it that is so different about Cork's proposal for light rail which is attracting much public attention, compared with Galway's much needier claim for such targeted funding? Answer: Cork has An Tanaiste Simon Coveney.

'Meanwhile in Galway, developer led planning is again leading all of our city regeneration projects'

Moving on to the ‘glitzy’ Project Ireland 2040 National Planning Framework launch. One of the Galway city projects not even mentioned in the plan was the proposed relocation of Galway Port. While regeneration of our underused harbour's brownfield lands and those earmarked for development at CIE's Ceannt Station were.

Insider wonders if Minister for Housing, Eoghan Murphy, who is promoting the use of lands in public ownership for new housing - which might include ‘mixed tenure’ housing projects – was even aware of the 2006 report Galway: A Waterfront City for Ireland West. That report recommended “Galway City Council be appointed by the Minister as the Development Agency in accordance with the provisions of the Planning & Development Act, 2000. It will be necessary for the Council to establish a specific unit with a limited number of specialised staff for the purpose of managing the project, including the transfer of ownership of lands, in preparation of the Planning Scheme for the SDZ, the liaison with all agencies in the development of the area and the supervision of the project management phases of the proposed development.” This statement is taken from the presentation made to the then environment minister Dick Roche, in 2006. 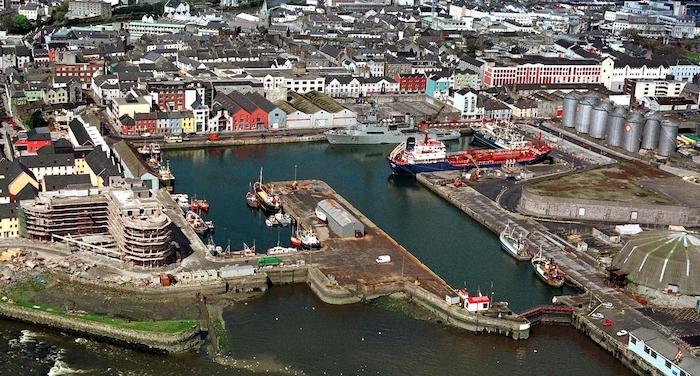 The 2014 application to relocate the harbour to an alternate location is still before An Bord Pleanala. No designated Strategic Development Zone covering the wider harbour/docks/south city area has yet been put in place and cannot be, until permission is given for the port's relocation, or not given.

Despite several calls being made to speed up this process since 2014, Insider is aware that it took persistent inquiry from Cllr Ollie Crowe, and others on the council's Planning SPC, before members were eventually told at the February 6 meeting that a firm of consultants had finally been appointed to draw up recommendations. This means a six further months of delay before any decision can be made by elected councillors. 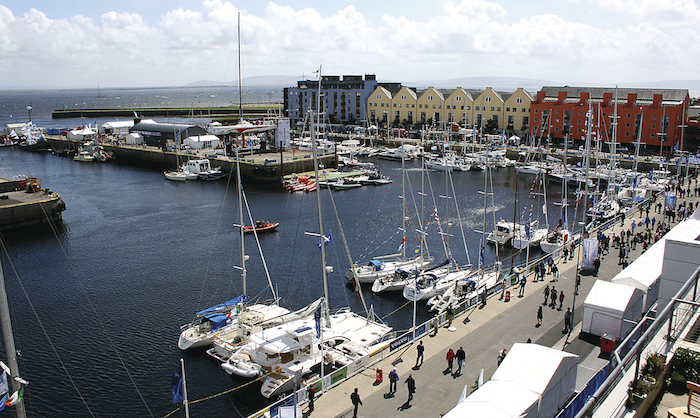 Other Tier 3 Ports of Regional significance, in Drogheda, Wicklow, and New Ross, have all agreed transfers since 2016, while Dun Laoghaire having just completed due diligence, is about to make its decision. Meanwhile in Galway, developer led planning is again leading all of our city regeneration projects, with council planners admitting they do not have the resources to draw up their own local area plans or masterplans, as was recommended by the Department of the Environment, Spatial Planning Unit, back in 2007.

Insider reads that Galway Chamber is frustrated at the failure to "incorporate the current redevelopment plans for Galway Port and other key items such as the new innovation district into the planning framework." How could it not be, when the preparatory works Insider has outlined above are taking so long to complete!

Limerick has seen many of its multimillion euro regeneration projects popping up along the banks of the Shannon and in Henry Street, where its ‘Gardens’ project is progressing, and the city council itself taking the lead by creating ‘Limerick 2030’. This is the first special purpose vehicle of its kind in Ireland designed to lead urban regeneration. Chaired by former Kerrygold boss Denis Brosnan, and created by Limerick city and county councils, a collaboration whose purpose is to purchase and build on strategic but as yet unused key sites.

European Investment Bank loans of €85m and other financial arrangements have already been secured to help kick start developments that will create thousands of new jobs for Limerick. Galway needs to take a look at how they do things in Limerick. We could learn a thing or two from our southern neighbours.