Irish Special Forces (the Army Ranger Wing ) operated in Western-occupied Afghanistan under NATO command, it was revealed last month, thanks to TD Clare Daly’s parliamentary question. The story received no media coverage. The operational purpose of these troops was not revealed. However, like Special Forces the world over, it was not pencils they were sharpening.

Such activity not only sullies Ireland's honourable role as UN peacekeepers - not least in Lebanon where 47 brave Irish soldiers lost their lives - but it also further endangers our troops operating in the Muslim world. So, why was Ireland, with its anti-colonial past and proud history of UN peacekeeping, part of an occupying force in Afghanistan, the graveyard of empires?

Our political establishment justified our involvement in Afghanistan, as it does the continued use of Shannon Airport and Irish airspace by the US military, on the basis it is done under the UN banner. Such an argument may hold water in the Dáil, but not with those on the receiving end of US terror in the Middle East. And why would it? Since 2001 the UN has retrospectively approved the illegal invasions of both Afghanistan and Iraq. It also sanctioned the West’s overthrow of Gaddafi’s government, turning Libya into a horror story, where slave markets are now the order of the day.

Security expert Tom Clonan has written in The Irish Times how a leading Hezbollah MP in conversation with him questioned Ireland’s neutrality by directly referring to the US military’s use of Shannon. So, while our national media ignored the story of our Special Forces presence in Afghanistan, rest assured it will not have been missed in the Middle East. 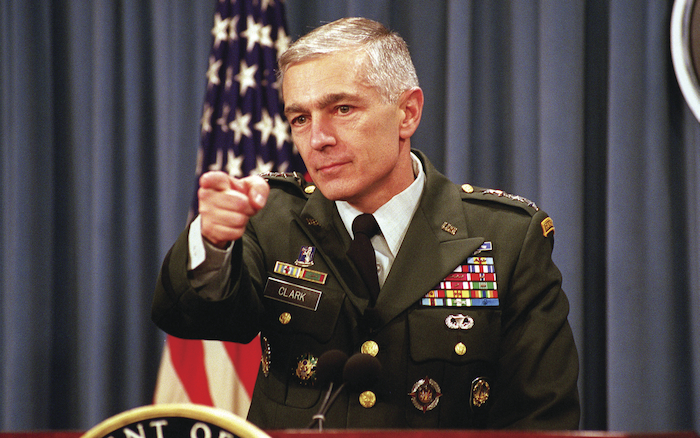 The never-ending wars since 9/11 stem from US hawks seeing that tragedy as an “opportunity”. Retired US General Wesley Clark’s [pictured above] anecdote explains it in a nutshell: “About 10 days after 9/11, I went through the Pentagon and…I went downstairs just to say hello to some of the people on the Joint Staff who used to work for me, and one of the generals called me in. He said...'We’ve made the decision we’re going to war with Iraq.' This was on or about the 20th of September. I said, 'Why….Well, did they find some information connecting Saddam to al-Qaeda?' He said, 'No, no. There’s nothing new that way. They just made the decision to go to war with Iraq'…I guess if the only tool you have is a hammer, every problem has to look like a nail.

"I came back to see him a few weeks later, and by that time we were bombing in Afghanistan I said, 'Are we still going to war with Iraq?' And he said, 'Oh, it’s worse than that.' He picked up a piece of paper. And he said, 'I just got this down from upstairs' - meaning the Secretary of Defense’s office. 'This is a memo that describes how we’re going to take out seven countries in five years, starting with Iraq, and then Syria, Lebanon, Libya, Somalia, Sudan and, finishing off, Iran."

The Pentagon’s timescale was over-optimistic, nevertheless regime change in at least seven countries remain its goal. Iraq and Libya were overthrown with devastating costs. Sudan has been partitioned and civil war is now raging in oil-rich South Sudan, where US Special Forces are active. If the Pentagon is to fulfil its plans to overthrow Lebanon and Iran, then the Syrian government must first be toppled. Iran’s military supply lines to Hezbollah, the Lebanese resistance movement, run through Syria. This support was vital in Hezbollah defeating the Israeli invasion in 2006. 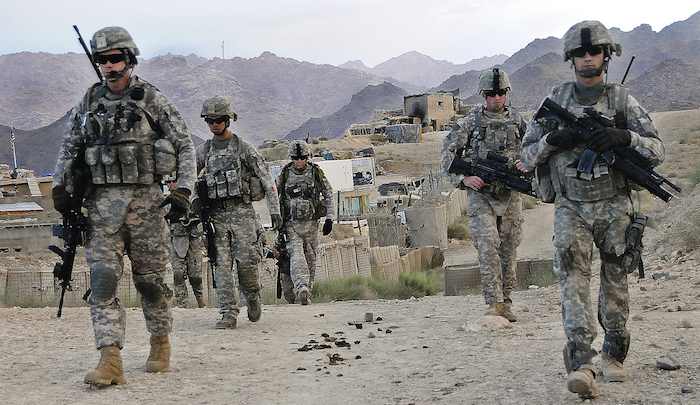 If the Syrian government were to fall then Hezbollah would be weakened, leaving Lebanon open to an Israeli invasion. Syria, under the control of foreign Sunni Jihadists, who are funded and armed by the Sunni Gulf States and the West, would gladly collude in any US/Israeli adventure against their most hated enemy, the Iranian Shias. It should therefore be no surprise that the Jihadists receive both military and medical assistance from Israel on the occupied Syrian Golan Heights – where Irish troops have the dangerous task of acting as peacekeepers.

This scenario explains why Iran, Hezbollah, and Russia accepted the Syrian request for military support. The overthrow of Assad’s legitimate government would create further bloody chaos in the region that could easily spiral into a nuclear global war. 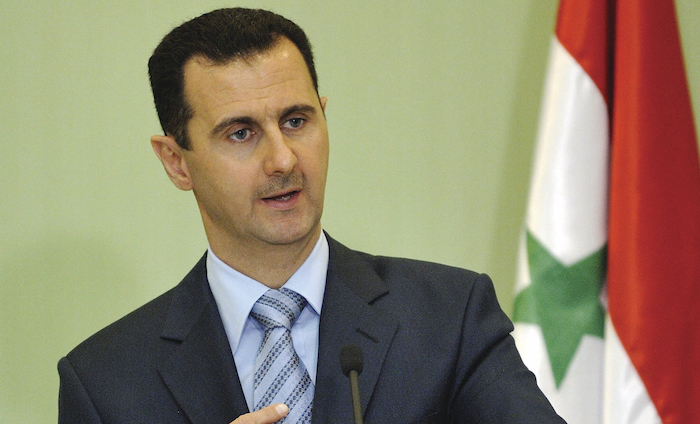 As for the alleged chemical attacks by the Assad government: a number of Turkish journalists are in jail or exile because they revealed Erdogan provided the Jihadists with Sarin gas. That is the true origin of the chemical weapon attacks. US Defence Secretary Jim “Mad Dog” Mattis – the sanest member of Trump’s cabinet – admitted Syrian forces did not carry out the gas attack in 2017. The recent incident in Damascus will prove the same.

Assad has won the proxy war waged by the West and the Gulf States with foreign jihadists. The Syrian people now expect the war against their country to continue. The Saudi crown prince, Mohammed bin Salman and Israel’s nuclear-armed regime, are hell-bent on aggression against Syria as a means to attack Iran. It is probable Trump will follow suit.

However, Professor Jeffrey D Sachs, a foreign policy expert at Columbia University, told NBC hours before the US, France and Britain bombed Syria: “I would plead to President Trump: Get out, like your instinct told you...Get out. We've done enough damage in seven years…This [Syrian war] happened because of [the US]. These 600,000 [Syrian dead] are not just incidental. [The United States] started a war to overthrow a regime. It was covert. It was Operation: Timber Sycamore, a CIA operation. Together with Saudi Arabia...A major war effort shrouded in secrecy, never debated by Congress, never explained to the American people. Signed by President Obama."

US citizens are not the only ones being kept in the dark. No government has explained to the Irish people why over the past 17 years we have been accessories to mass murder in these wars. In the early days it was implied US multinationals would leave Ireland if the US military were refused use of Shannon and Irish airspace: in other words, economic blackmail or blood money. The departure in 2009 of Dell from neighbouring Limerick to Poland with the loss of 900 jobs nailed that lie. As for all, businesses profit is the bottom line.

Our national media colludes in the entire cover-up, for example last month’s devastating Saudi attack on a wedding party in Yemen. While reports alleged a malevolent Iranian role in the conflict opposing the Saudis, there was no speculation about the part played by Ireland. Even though it is highly likely the US-built missiles and drones used by Saudi Arabia transited Ireland via Irish airspace or Shannon airport. Blood on our hands?