Travel around the 26 counties and in the cities, towns, and even villages, and you will come across mature, pristine, housing estates which resemble Shantalla and Old Mervue. These houses were built back in the days when our Republic was poor.

Today we are part of the European Union and regarded as among the wealthy nations of the western world. Yet we have a seemingly insurmountable housing crisis. This does not add up.

If you were to believe the establishment politicians’ chorus - no doubt penned by senior civil servants - the housing crisis is some type of natural disaster. However, a closer look shows successive governments have created it through subsidising private developers and landlords, while at the same time de-funding the public housing sector.

According to the young man at the Campaign For Public Housing stall on Galway’s Shop Street, within the next three years the State will subsidise landlords by a whopping €3 billion through rent allowance, housing assistance payment, the Rental Accommodation Scheme, and leasing. When you realise public housing can be built for €150,000 per home on public land, that €3 billion and the €billions already spent funding the private rented sector amounts to a lot of houses. Instead of going to build public housing though, public land has been released to speculators, while tax relief, and other incentives, has been offered to attract transnational real-estate investment trusts.

Housing has become a very lucrative commodity. In 2017, excluding houses gobbled up by the vulture funds, 53 per cent of houses bought were by cash buyers. It is estimated the majority were buy-to-let. With the assistance of the State, the Irish landlord class is profiting from the housing crisis.

Permanent solution to the crisis?

The Campaign For Public Housing is not only criticising Government policy, it is proposing a permanent solution to the housing crisis. Its demand is for a radical expansion of publicly built and owned housing, accessible to all who want it – with those who earn more paying more.

Insider considers this is an impressive programme. Providing public housing to anyone who wants it would put an end to social segregation. “Mixed-income public housing”, the argument goes, “can deliver thriving communities”. Is this not just a pipedream? Apparently not, in Vienna – Insider learns - 60 per cent of the housing stock is publicly owned.

A huge impediment towards solving the housing crisis is the belief that the mythical market will overcome any crisis. In reality it is the private sector that is at fault. Indeed, at this point tenants need a bill of rights to protect them from the very personification of the markets - the private landlords.

The Dáil Register of Declared Interests shows that one-in-five cabinet ministers and TDs are landlords. Insider will leave you to take a look at what our local city and county councillors’ interests are on the relevant websites. However, what you will not find there, nor on the Oireachtas website, is a declaration of interests of senior public servants – that should also be mandatory. They are an influential part of the power bloc locally and nationally that are driving the neoliberal agenda.

Neoliberalism seeks to create private profit from what should be public services. The implementation of bin charges is a case in point: it led inevitably to privatisation of waste collection and, to be frank, illegal dumping. If the Government wanted to defeat illegal dumping, then it should scrap bin charges. And, just as the bin tax had nothing to do with environmental issues, neither has the water charges and metering. It has all to do with creating profits for the private sector through privatisation of public services.

The EU has a role in this as well 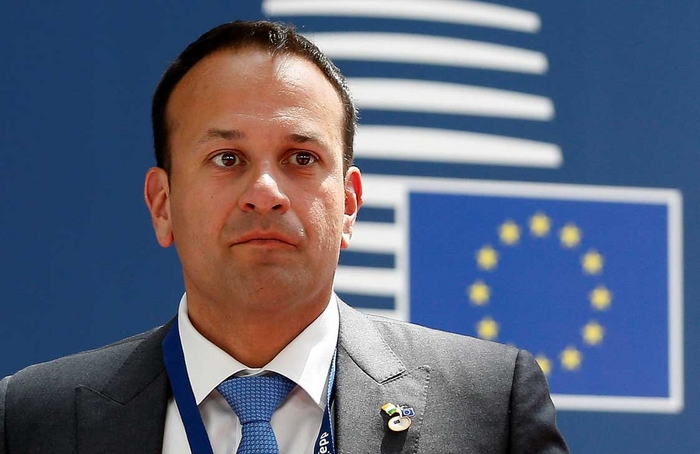 However, the source of this ideology comes originally from higher up the food chain. For example, the pressure on Permanent TSB to sell off distressed mortgages to vulture funds came from the European Central Bank, according to the Minister for Finance, Pascal Donoughue. Furthermore the EU Stability and Growth Pact severely restricts Ireland’s ability to directly invest in public services.

That said, the Irish establishment played its part. There are ways around EU restrictions should the State choose to adopt them. Within the EU, Ireland alone keeps its public housing budget within central government spending, thereby putting it within the remit of that treaty. Other EU states employ mechanisms, such as “arm’s length management organisations”.

The EU’s satraps in Ireland have shown themselves over-zealous to fulfil the wishes of their masters in Brussels and Frankfurt. They have embraced an ideology that does not see a secure home as a right, but rather sees the need for shelter as the potential for profit. If travelling through the State, and seeing public built housing all over the country reminds Insider of the mid-20th century, then the Permanent TSB-vulture fund scandal reminded former Connemara County Councillor Seosamh Ó Cuaig of events in the mid-19th century.

Insider will conclude with this translation from an article he wrote for Tuairisc.ie: “The whole tragedy would remind one of the time of the Great Famine and what followed it. On the 17th of September 1851 Mr John Robertson accompanied by sixty bailiffs came into the parish in which I live, the parish of Carna, Connemara, and evicted seven families in Doire Iorrais. They knocked their houses to the ground. They went from there to Dúleitir, an Más and Dumhaigh Ithir, and did the same to nineteen more families.

"John Robertson was the agent for the Law Assurance Society of London—a vulture fund of the time. The great Martin estate was in debt and the British Government had concocted a scheme to help the landlords and the banks. They had enacted the Encumbered Estates Act two years before that. The Law Assurance Society saw their chance and acquired the Martin estate as a very good bargain. The tenants were the losers.

"The defenders of the system had no qualms about sacrificing them on the altar of capitalism. The ones who could not pay the rent were evicted and others were forced overseas. The Irish people had no political power then. We were part of an Empire. Today, the architects of another Empire, the European Union, rule us. The debate in the Dáil is just a fig leaf and the ordinary people of Ireland are asleep once again.”