The recent opinion polls, if they are to be believed, have broadly backed Insider’s contention, made last week that, contrary to perceived wisdom, the Galway constituencies may be far from predictable next time out. Even those who see little scope for changes however agree the Roscommon/Galway constituency is an exception.

This is one of only two constituencies without a FG TD but, based on all polls since mid-December, the party is virtually certain to regain a seat here and, again on those poll numbers one of the sitting Independent TDs would be ousted. However, this is a constituency with a lot of local vagaries and one which contains facets of a hidden Ireland or, maybe more accurately of an Ireland many people would like to think does not exist. It is also likely to be more resistant to a FG surge than other places. All in all, this leaves us with a fascinating contest among multiple candidates from FF, FG, and Independents.

The first thing to note about Roscommon/Galway is that it is a true rural constituency, unlike Galway West with its mix of urban, rural and suburban, or Galway East with its burgeoning commuter belt. Exclude the six main towns in the constituency – Ballinasloe and Roscommon town being the only two sizable ones with Ballaghaderreen, Strokestown, Castlerea and Boyle being the others – three-quarters of the votes cast in 2016 were by rural dwellers.

The breakdown between the two counties was similar with three Roscommon votes for every one Galway vote. The boundary changes to come into force at the next election will close that gap slightly, while also making the constituency somewhat more rural-based again - a portion of north Roscommon, largely centred on Boyle and its hinterland, will be transferred to Sligo/Leitrim, and be replaced by a transfer from Galway East, of further areas northeast of Tuam and to the northwest of Ballinasloe. 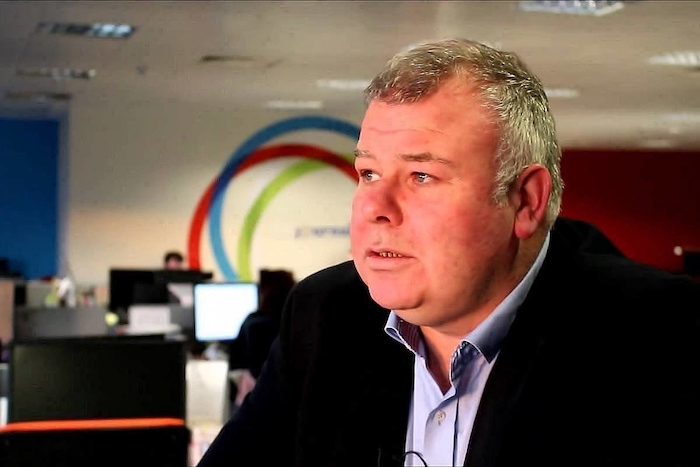 There has been much talk recently of addressing the struggles of rural Ireland; Insider is blue in the face pointing out the distinction between ‘provincial Ireland’ and the real rural Ireland, of which this constituency is a true manifestation. Unfortunately, many of its problems also manifest themselves here. The rural broadband fiasco is not likely to go down well here, and Denis Naughten could do without it landing on his desk!

This constituency, while having good transport links to Dublin and Galway cities, as well as having Athlone nearby, is too far from a big urban centre to benefit directly from a spillover effect. It has a good record of sending its young people to third level but, in light of the previous point, is no surprise to see an ongoing pattern of young people leaving the area and not returning.

What is also very prevalent in Roscommon-Galway is the disconnect between people in the regions and the ‘elites’. Of course, the Irish ‘commentariat’ has generated much mileage these past two years telling us how such disconnects have ‘given us Trump and Brexit,’ yet seem oblivious to its presence under their very noses in Ireland. This is the constituency which elected Luke ‘Ming’ Flanagan and Michael Fitzmaurice, both of whom have focused heavily on the restrictions on turf-cutting. The old Roscommon/South Leitrim was of course also the only constituency in the State to have rejected the same-sex marriage referendum in 2015, a point Deputy Fitzmaurice (who supported a Yes vote ) partly attributed to a disconnect and resentment at the establishment.

A skilful man of the people

Dep Fitzmaurice is often summed up as a ‘plain speaking man’. He is certainly not afraid to speak out and cares little about whose feathers he ruffles in the process. He is not bound by political correctness, nor by a need to abide by conventional wisdom if he feels it is right not to. He may not be anywhere near as bombastic or controversial as the brash New Yorker, nor should we expect to see ‘Make Roscommon Great’ baseball caps just yet, but Insider sees certain parallels with President Donald Trump!

He has taken a sanguine attitude to the outcome of the 2016 US presidential election and also a more nuanced reaction to the outcome of the Brexit referendum. Along with FF’s Dara Calleary, he is one of the few on this side of the Irish Sea to try to look at things from a leave voter’s perspective. Being a Brexiter will not gain one many voters in rural Ireland but what it does show is that Dep Fitzmaurice has the ability to show empathy, and this manifests itself in terms of his relationship with voters. His attitude that ‘we must just get on with it’ is in line with his self-styled reputation as someone who wants to get things done; unfortunately that reputation took a hit when he threw a tantrum on the day Enda Kenny was elected taoiseach and he opted to sit on the sidelines instead of joining the Government.

Independents and the lapsed Blueshirt 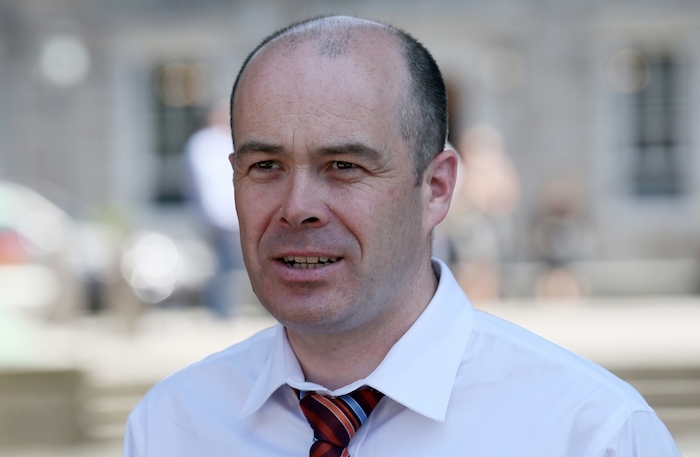 Of all the ructions in Irish politics this past decade or so, the split between Denis Naughten and FG is one of the most bizarre. A true blue who was seen as a certainty for cabinet until he fell out in spectacular fashion with the party leadership - paying the price for being the only west of Ireland TD to vote no confidence in Enda Kenny in 2010 and then leaving the party after voting against cuts to services in Roscommon Hospital (a contentious topic in Roscommon for the last three decades ).

The 2016 General Election was a very good day for Independents and smaller parties nationwide, but nowhere more so than in this constituency, where two Independents romped home, leaving FF and FG fighting for the third seat, a battle FF’s Eugene Murphy eventually won.

Dep Naughten was rewarded for his stance on the hospital – ‘you stood by us so we stood by you’ was a common refrain. On a more mundane level, he was also the beneficiary of the inclusion in the new constituency of Ballinasloe, part of his natural heartland and where he received 38 per cent of the vote; FG’s decision not to run a candidate from the town also benefited him.

Dep Fitzmaurice had a free run in the areas around Tuam and polled a spectacular two-thirds of votes around Ballygar, Williamstown, Kilkerrin, Glenamaddy, and his native Glynsk. This powerful performance extended into parts of south Roscommon, around Castlerea. Having won a by-election in the old Roscommon/South Leitrim constituency in 2014 he also already had a strong base in Roscommon.

With ‘others’ anywhere between 11-18 points down on their 2016 showing nationally however, it will be difficult for any three-seat constituency to sustain two Independent TDs next time out. 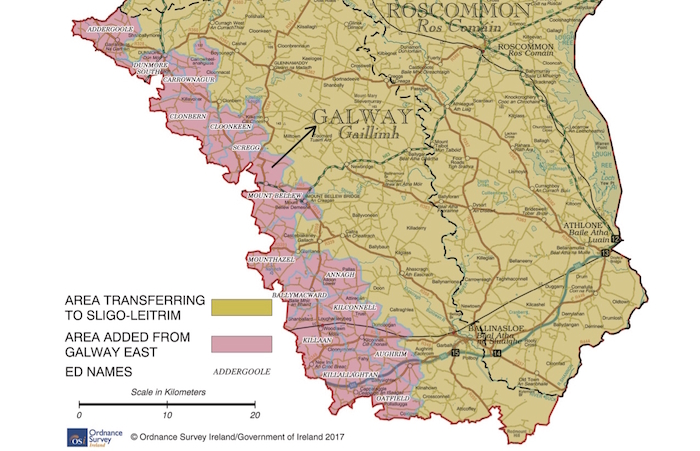 FG were always up against it in Roscommon in 2016, the fallout from the hospital controversy hampering the party, not to mention Dep Naughten eating into its vote. Senator Maura Hopkins put up a good fight but fell short; afterwards FGers in Ballinasloe were arguing that had outgoing senator Michael Mullins or Cllr Michael Finnerty contested, FG would have somewhat stymied Dep Naughten and Sen Hopkins might well have pipped Eugene Murphy for the last seat. Will FG run a candidate from Galway next time?

Insider does not want to be seen to be pushing anyone, but does the composition of this constituency not suit one or two well-known east Galway FG dynasties? Alternatively, Dep Hopkins would appear well set for a seat next time out. However, the transfer of areas around Boyle will hamper her bid. Could it be that FG wins the seat but someone from the Galway end takes it?

This latter point is also a worry for sitting FF TD Eugene Murphy. He was a surprise winner in 2016, only being selected when a host of more obvious candidates withdrew, and then winning a seat, despite tensions in the party locally and with HQ. He has managed to hold off interest from a number of Roscommon based candidates to be selected again at a recent convention but may well face competition from Ballinasloe-based Cllr Michael Connolly. 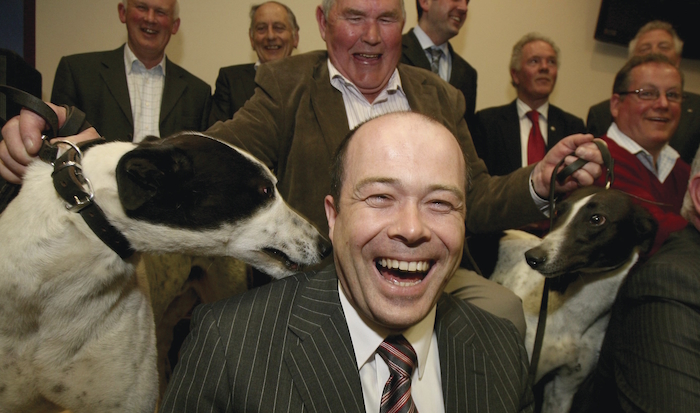 In 2016, Deputy Naughten was comfortably the poll-topper and, despite the rural broadband fiasco and FG resurgence, should win re-election, albeit with a reduced vote. For Dep Fitzmaurice however, will all the attributes referenced above be sufficient to see him hold on despite the decline in the Independent vote? In particular, he is unlikely to have the Galway end to himself next time.

If the polls are borne out, the FG vote is surging, but is more pronounced in well-off suburban areas, rather than in rural constituencies with traditionalist voters. The presence of Dep Naughten will also hinder its chances. FF will be disappointed at recent poll showings but the numbers are still up slightly on 2016; furthermore, this is the sort of constituency where the party is faring better, and it should hold its seat, albeit Roscommon-Galway is still one of the very few constituencies where it is not certain of a seat.

On balance then, Insider would say Dep Naughten will return, but we are likely to see quite a battle of up to five candidates – two each from FF and FG plus Dep Fitzmaurice - for the other two seats. Right now, Insider would have to say Dep Fitzmaurice is up against it, but he will be using all of his considerable political skills to defy those national trends, all of which makes this a constituency to watch.