By now, the supposed paradox has become a truism: how is it that a State, which a decade ago had a housing bubble, now has a shortage? Why, when various surveys show thousands of vacant housing units, are so many unable to secure a home? Why has housing turned from an 'issue' to a 'crisis'?

The numbers are stark: the Department of Housing, Planning, and Local Government, for the last week of December, listed 5,508 homeless adults, and 3,079 children, nationwide. Of the adults, 219 were counted in Galway county, with 130 children across the Western region (Galway/Mayo/Roscommon ). Those numbers are down slightly on November, but the overall trend is upward. According to Focus Ireland, as recently as September 2015, the total number of homeless individuals nationally was under 5,000.

How did we get here? The economic crash, of course, had an immediate impact on the number of new housing units being constructed - ESB figures for new connections show a high of more than 93,000 new connections in 2006, dropping to a low of just over 8,000 by 2012. It was only in 2017 that construction exceeded 15,000. Meantime, the 2016 Census showed 50,000 more households than in 2011 - but tellingly, household size had increased slightly, reversing a long-term trend.

In other words, economic factors - unemployment, drops in income levels - together with a tight housing market, led to people staying in larger households than would otherwise be the case. If previous trends had continued, we might have expected an extra 55-70,000 extra households beyond what we see today. Those potential households now act as a form of pent-up demand for whatever new housing does emerge.

The poor levels of protections historically available to Irish tenants have also played a role, with numerous reports of questionable terminations of tenancies, particularly by foreign investment funds. The last government, under Alan Kelly as minister, strengthened security of tenure for tenants, by introducing rent freezes and legislation for a deposit protection scheme. There is more to do. In a situation where renting is increasingly not just a stage people pass through, the current rolling four-year tenancy cycles need to be extended and strengthened. Regulation of rental levels needs to be extended - as does policing of minimum standards. The Labour Party has supported calls by Threshold for an 'NCT'-style system to inspect rental properties, putting in place a robust system to ensure housing units do meet adequate, decent, standards.

Protections for tenants will help ensure unscrupulous landlords do not take advantage of the housing shortage. The State also needs to tackle that underlying shortage. One area for short-term action is what Labour Housing spokesperson Jan O'Sullivan has called "the low-hanging fruit needed to tackle the homeless emergency" - the large number of vacant homes available nationwide. 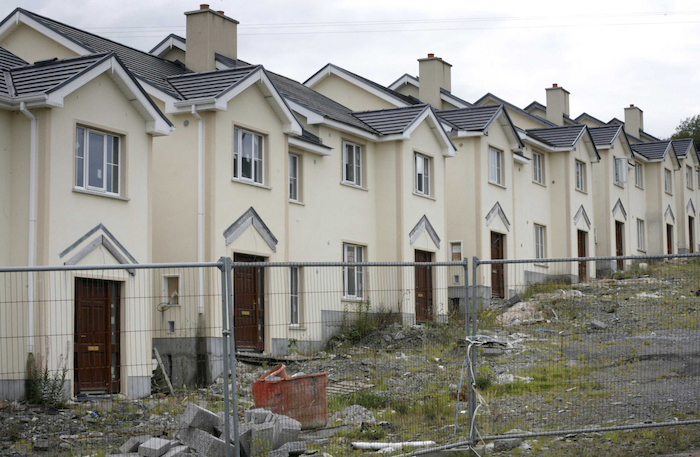 Vacant units can play an important part in our immediate crisis, but there is a larger problem with an imbalance in supply and demand. The Government response has been to repackage the existing local authority loan scheme, increasing the amounts that can be borrowed - and in the process breaking the lending limits set by the Central Bank in response to our previous housing bubble. As Joanna Tuffy, Labour spokesperson on affordable housing, has noted: "It was accepted after the housing crisis that loan to income ratios are necessary to avoid overheating the housing market. Now the Government is abandoning this principal and still is not taking enough action to make housing more affordable." Instead, developers will have an incentive to increase prices to the maximum allowed under the scheme, and vulnerable first-time buyers will be under pressure to meet those prices.

Insider is of the firm belief that what is needed is a re-centring of the role of the State in providing housing that is affordable, and that meets the needs of a diverse and changing population. Nationwide, the Labour Party has identified numerous suitable tracts of land that are in public ownership, and suggested NAMA be repurposed as a 'National Housing Development and Finance Agency', funding and supporting a national building programme.

In Galway, we are in the unfortunate position that we have limited city-owned land banks available for housing - some of those are currently 'sterilised' while we await decisions on the ring-road. The existing public housing stock is close to capacity, with only 62 vacant units as of last week, with most of those in the process of being prepared for new tenants. Meantime, privately-owned land that could provide 9,000 new units is zoned for residential use - but little is being developed. Whatever the reason - developers unable to access sufficient funds; sales margins seen as too low - there is a failure of the private market.

So, significant amounts of land are intended for housing, but there is no housing. Penalties for holding on to land in such situations should be imposed, and strategies developed for acquiring new public sites. NAMA - or whatever other vehicle we agree on - should be leveraged to provide the funds to local authorities not just to build, but to secure appropriate sites. This will provide housing for those on housing lists, but will also ensure public housing is additional to that provided by the private sector, not simply cannibalising it. 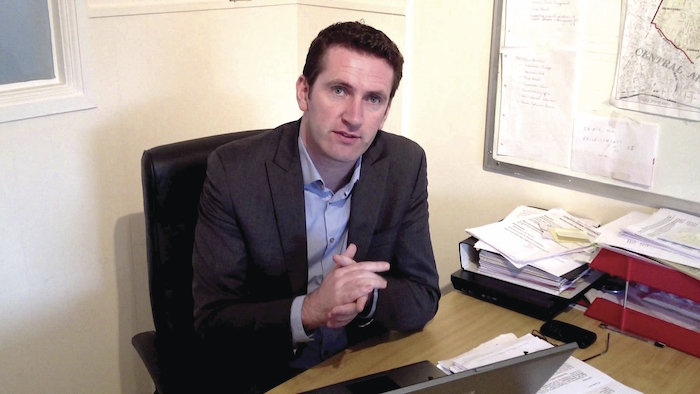 Housing, of course, is not just a matter of numbers. We have a growing older population, and their housing needs will change over time - we need to anticipate and plan for this, such as developing accessible and suitable housing to support independent living. Students also have distinct needs - and Insider, like many reading this, knows of students commuting from Mayo and further afield (and not by choice ). Galway needs significant numbers of additional dedicated student housing - which will, in turn, free up traditional three/four-bed homes for family use, and reduce student numbers living in housing estates. Traveller housing is something this city, in particular, has been laggardly in providing, with a long history of NIMBYism. Now the State has recognised the ethnic identity of Travellers, we must act to provide a range of appropriate housing.

Direct provision must also be tackled, and eliminated. Senator Aodhán Ó Ríordáin [pictured above] - who will be in town on January 31 as a guest of NUIG Labour and Labour candidate Cllr Níall McNelis - initiated a review of the system as minister, a necessary step on the road to abolition, but there is little sense of progress since. While numbers living in direct provision have decreased, the fact we have children growing up, essentially, in hotels, and families who lack access to cooking facilities or autonomy over their living arrangements, are stains on our society. We can do better, and we must.