Insider has been closely following the Tweets of former Belgian prime minister Guy Verhofstadt, especially since the onset of the Catalonian crisis, often replying to and commenting on his pronouncements. So is Insider ‘Trolling’ the leader of the Alliance of Liberals and Democrats for Europe?

Certainly not. This is about communication. Verhofstadt is one of Europe’s leading politicians and an influential figure within the EU. He is also a co-founder of the Spinelli Group which believes in a federalist (ie, a united states of... ) Europe, and is the European Parliament's representative on matters relating to Brexit.

In short, this man matters, and as Insider is a European citizen he is availing of Twitter to raise his deep and serious concerns about the future of the EU directly withsuch an important figure. Not that Insider is deluded enough to believe Monsieur Verhofstadt is really interested in his, or any other citizens, views. Yet by what other means, apart from Twitter, can we engage with such politicians about matters which impact us all? Indeed, given a stated aim of the Alliance of Liberals and Democrats for Europe is to “develop citizen ownership of the Union”, he should at least listen when citizens speak.

What particularly caught Insider’s eye was Monsieur Verhofstadt’s hostile response to the temerity of (by no means all, but ) many millions of Catalans looking for Independence. This somewhat flies in the face of the ALDE’s stated aims of "Promoting the development of multiple identities as a necessary foundation for a successful European Union” and "Ensuring the free exercise of regional identity”.

Insider encourages readers to view Monsieur Verhofstadt’s Tweets as they are very revealing about what this federalist really thinks about our continent’s "multiple identities” and the issue of "regional identity”. 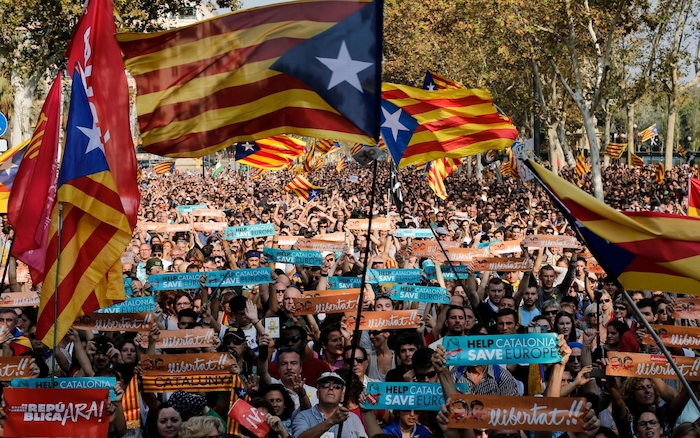 Carles Puigdemont's handling of the independence drive was certainly clumsy and ill-thought out, and Insider certainly would not expect, nor ask, the EU to intervene directly in the Spain/Catalonia dispute, or to come down on Catalonia’s side. What was shocking though, indeed deeply disturbing, was the utter silence from the EU about the violence being inflicted on Catalonians by the Spanish police.

(Madrid’s violent, belligerent, and extreme reaction to the Catalan independence poll was less surprising, given Spain’s ruling party, the Partido Popular is the heir of Franco - it was founded by Manuel Fraga Iribarne, who served in Franco’s government from 1962 to 1975 ).

For an entity which likes to boast about how it has kept the peace in Europe since it’s foundation - Monsieur Verhofstadt Tweeted on November 11, "From the ashes of war we built a Union of peace" - the EU's turning a blind eye to the use of such violence against people who are its citizens was revealing.

(Insider was in Gibraltar earlier this year and from discussions with Gibraltarians, he can certainly see why they both fear the Spanish state, particularly the Partido Popular, and want nothing to do with Madrid ).

The EU’s hostile attitude to Catalonia - the bloc was similarly resentful of the Scot’s having the chance to vote on the question of independence in 2014, not to mention it's unconcealed disgust at the Greek people for freely exercising their democratic right to elect Syriza to government in 2015 - makes Insider realise that if Ireland was going for it’s Independence now, we would not just have Westminster standing against us, we would also have the EU, and international business and finance.

However, Insider did note with much mirth and appreciation, that following another of Monsieur Verhofstadt’s rants against Catalonia and it’s "fake independence”, came this reply from the Fact Check RTÉ Twitter:

“Your own country of Belgium declared independence from Holland in 1830.

Was it constitutional? No

Was it democratic? No

Was it legal? No” 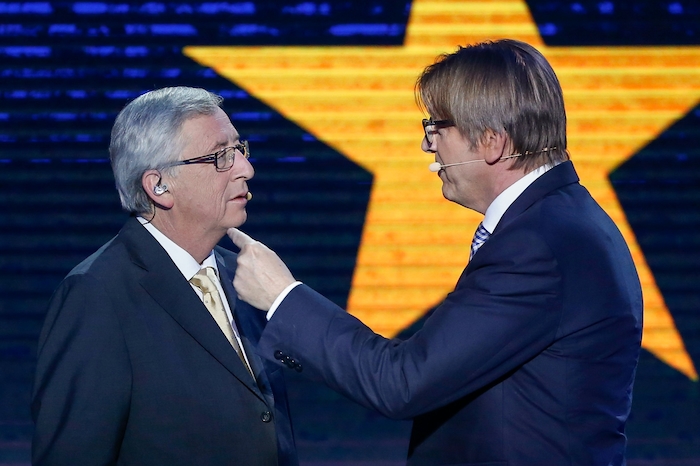 Lest readers think Insider is fixated on Monsieur Verhofstand, let him be clear that the Belgian is simply being presented as an example of the attitudes of the EU elites towards small nations, regional identity, and the economic and political direction of the union. EU commission president Jean Claude Junker or German chancellor Angela Merkel could just have easily been discussed.

Essentially all three sing from the same hymn sheet. Together they represent the dominant thought strains in the EU, one determined to create a situation where neoliberal economics - the very economic system and philosophy which brought us the crash of 2008 and the Eurozone crisis - is the dominant order. There is no sense from any of these three immensely influential figures that they have learned anything from the past 10 years of economic and political crisis.

There is no doubt that Angela Merkel is Europe’s most powerful politician - yet the EU was never meant to become an entity where one party (ie, the CDU ) in one country (Germany ) becomes the dominant political, ideological, and economic player to whom all others must defer. This is deeply unhealthy for democracy at national and European level.

We saw in the early years of this decade, for example, how the ghosts of Germany’s economic past forced countries like Ireland and Portugal to take the bullet for the euro, for bondholders, and for the more reckless lending of French and German banks (these were apart from the self-inflicted wounds perpetuated upon the State by our own Governments ).

More recently, the CDU’s rigid economic ideology will continue to see Greece remain the EU’s financial basket case. By now, economists and politicians are coming to recognise that only debt forgiveness will set Greece back on the path to stability, but Merkel and CDU continue to dig their heels in and refuse to countenance such a move. 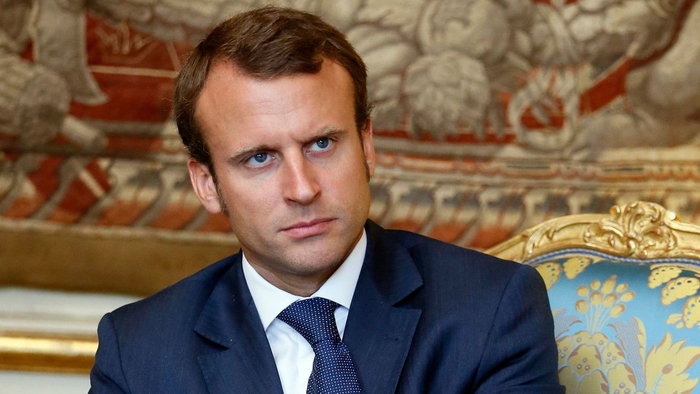 An exception to this is French president Emmanuel Macron. Alone among leading European politicians in the worst days of the Greek crisis, he recognised that only debt forgiveness would rescue Greece. Back then he was not in a position to do much about it. Today, perhaps it is a different story. Insider does like the Frenchman’s determination to end German hegemony over the EU and reassert France as a major player - in principle this is important. In practice though, there is less to be optimistic about. Monsieur Macron is a neoliberal centerist and every bit the federalist Monsieur Verhofstadt is, so how much change will he really want to bring?

Insider is aware that by now, some readers are expecting him to declare: ‘Perhaps Brexit is a good idea after all!’ Brexit is an internal Tory squabble that has become an international crisis. It is the deluded dream of a group of right-wing, jingoistic, romantic nationalist public schoolboys, and a deep, very public, manifestation of English post-colonial trauma - one which leaves Ireland (Republic and North ) with the potential to be collateral damage. Brexit is not in our interest.

Let insider ask, is it not permissable to criticise the EU? Utter any criticism and people will reply ‘Who provided the money for the roads?’ or ‘Being in the EU helped modernise Ireland and helped make it more progressive’. All true, there is no argument from Insider on any of that - but that is where the EU came from. Insider is looking through the front window, not the rear view mirror, and he does not like what he sees coming - a sprawling entity where large nations and influential politicians increasingly dominate at the expense of citizens, particualrly those of small nations; where neoliberalism remains the order of the day; where governments are expected to increase their military spending and the militarisation of the union starts to become less an idea, more a burgeoning reality; where nothing has been learned from the economic crash of 2008; where such as Junker and Merkel seem only interested in going back to ‘business as usual’ and "ever closer union", with little or no regard to the needs and concerns of EU citizens.

And as regards Monsieur Verhofstand and the Spinelli Group? I quote from their website: "Our goal is a federal and post-national Europe, a Europe of the citizens." Nice try, but this is about disenfranchising citizens, not empowering them. The European Parliament is largely powerless. The Commission is all powerful, but citizens have no direct say in it. At least with our own Governments, we directly elect them and, as the water charges protest shows, we can influence, somewhat, their decision making.