So we arrived into Moskovsky Station, Saint Petersburg and it is freezing; minus 15 degrees Celsius cold.

The Sapsan Train took four hours from Moscow. You can take the plane from Moscow which lasts one hour. However, Russian airlines do not adhere to EU aviation guidelines so we thought the train would be more entertaining and safer. It was cheaper as well but remember to bring your passport to get on the train – it is Russia.

Our place of stay was opposite the train station; the four star Hotel Oktyabrskaya. The building was magnificent but it was basic with the famous Russian customer service. When checking in the hotel will take your passport and immigration card to register your stay. This happens everywhere in Russia and depending on the person working at check in, this process can take a few minutes or few hours.

Anyway, after the formalities, we got out and about Saint Petersburg and the city did not disappoint. The Fontanka River was frozen over and seeing the local children playing on the huge sheet of ice sent shivers of the spine (excuse the pun ). Safe to say I stayed on terra firma. 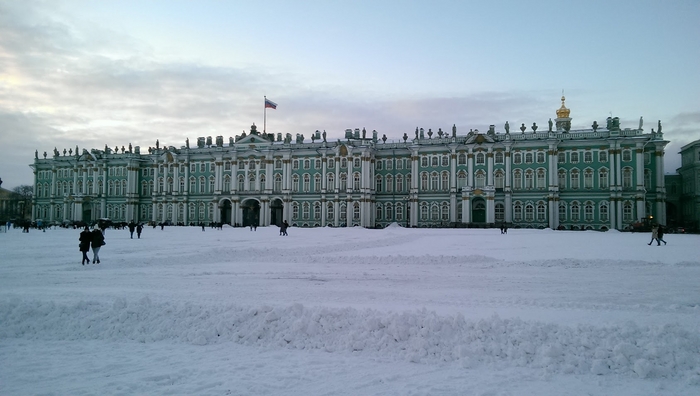 This is a number one shot of for your Instagram. The green palace is simply amazing, putting the dour look of Buckingham Palace to shame. You can do tours of the palace inside. It is nice inside, but you will find yourself getting bored rather quickly as it is just vast amounts of rooms with vases and gold, etc.

The palace is situated on Palace Square which just has to experienced. But do not buy anything off the vendors as the health inspector seems to give these little pop ups a miss. 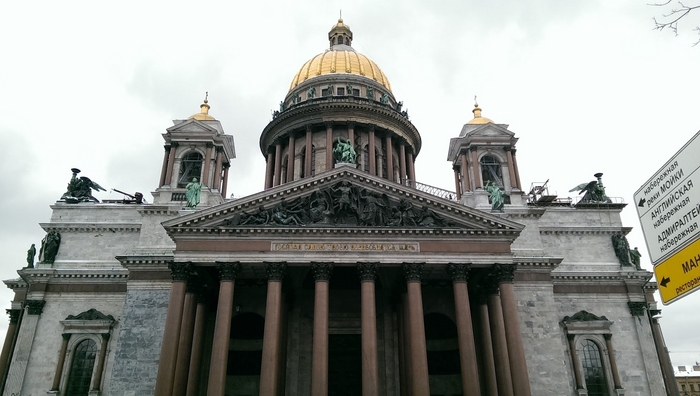 Unfortunately, the cathedral itself was closed for the bank holiday but we were allowed to climb to the roof up narrow stairwells. The view at the top is well worth the epic climb but If you are unfit, of a rather rotund nature, or scared of heights, it is probably best to give it a miss.

Church of the Saviour on Spilled Blood

The church is based on the Griboyedov Canal. The church is magnificent on the outside and even better on the inside. It is one of the few places where you have to pay to gain access but the four euro charge seems even more minute when you can marvel at the majesty.

This one is for the football fans. Zenit are of the most successful football teams in Russia and you can buy some memorabilia to take home. You can also get your picture taken beside the UEFA Cup which the team won back in 2008.

After seeing all of Saint Petersburg’s sites take a stroll down Nevsky Prospect. The main street of Saint Petersburg is full of wonderful buildings and shops so there plenty to do, see, and buy. You will probably end up here without even realising. 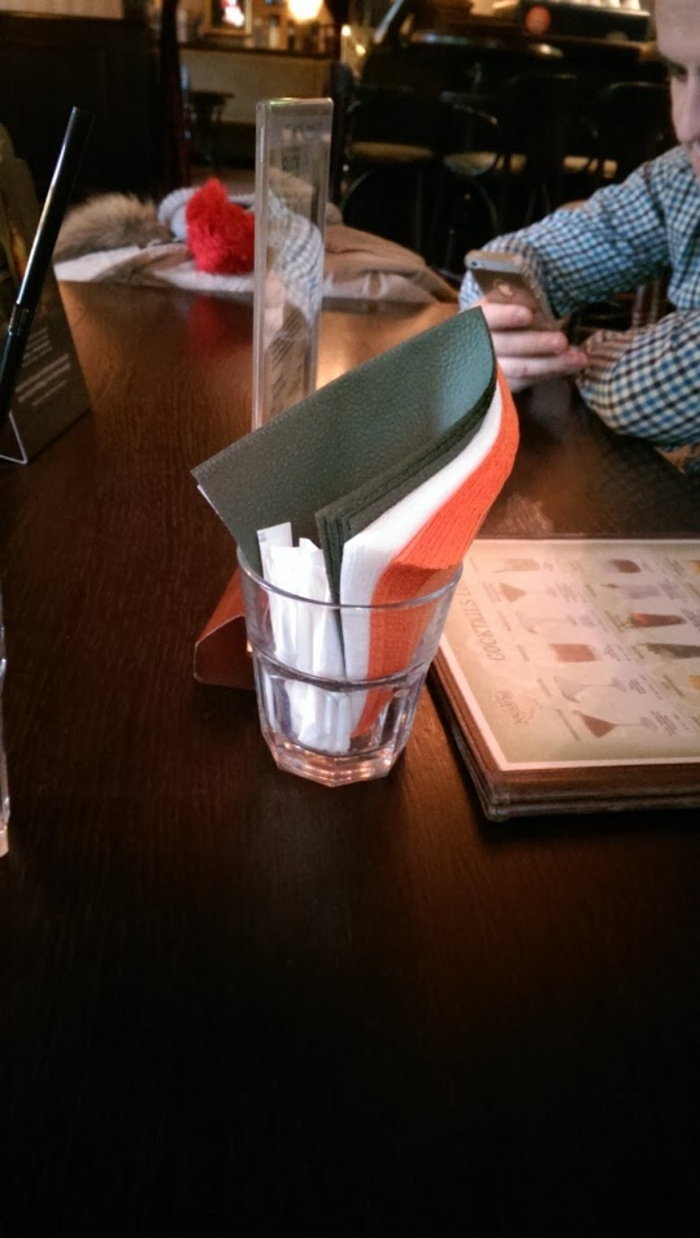 There are plenty licenced establishments in Saint Petersburg and being a young city the nightlife is alive and kicking. You should out check the Irish pub opposite the naval academy which has tricolours from roof to fall. There are also plenty of live music bars so there is a place for everyone.

With plenty of cafes and restaurants you will not go hungry in Saint Petersburg. I stuck with good old fashioned burger and chips as I am a boring eater but there are various restaurants throughout the whole of Nevsky. The Craft Brew Café is a funky spot which will bring out your inner hipster and I would thoroughly recommend.

So if you take the plunge and head to Russia, make sure you hit Saint Petersburg. But just make sure you go during the summer. Unless you enjoy your eyebrows freezing over.