World Refugee Day takes place tomorrow, Tuesday June 20, and will be marked in Galway on with a series of events including talks, an information stand, and a music and food afternoon.

Worldwide, more than 25 million people - half of whom are children - have been forced to flee their home countries, to seek safety elsewhere. The plight of refugees has never been more prominent, with millions making their way to Europe over the past two years, especially from Syria, which is still mired in a deadly civil war.

Galway Anti Racism Network and Galway One World Centre will hold a stall in the afternoon on Shop Street, with information about Ireland’s Direct Provision system, and the campaign to recognise asylum seekers’ right to work.

“Ireland has the most restrictive rules in the European Union in this regard," said GARN chair Joe Loughnane. "People are forbidden to work while their claims are being processed, which in some cases, can take 10 years or more. Beside the stall, we will map out the dimensions of the kind of room where people live, without any prospects to work, in violation of their rights, and of the Constitution.”

From 3pm to 5pm, at the Teach Solais Resource Centre, Victoria Place, Fáilte Refugees Society will host a public workshop entitled Asylum From Persecution, covering the causes of migration, and the choices faced by those seeking asylum. It will be followed with a talk by Maria Molloy, chair of AMACH!, on global LGBT+ human rights violations in Chechnya and other countries. The workshop is free but spaces are limited. To book email [email protected] 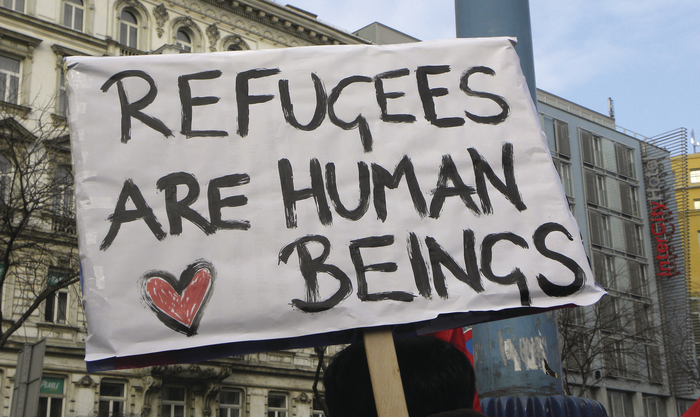 “UN secretary-general Antonio Guterres has stated that over one hundred allegedly gay men have been abducted, imprisoned, tortured, and even killed by Chechen forces," said Aidan Harte, of NUIG’s Fáilte Refugees Society. "We will be appealing to An Taoiseach, Leo Varadkar, to follow the lead of the Lithuanian government, among others, to grant refuge to those fleeing homophobic persecution, in Chechnya and, indeed, many other countries around the world.”

In Salthill, the Galway Integration Consortium will host a celebration of World Refugee Day with an afternoon of music and food, in Aras Bóthar na Trá, frpom 3pm to 6pm. There will be performances by the One World Voice Choir, Eglinton Dance Troupe, and DJ Gigi. Admission is free and all are welcome. Email [email protected] for more information.

The closing event will be Response and Responsibility, held by Amnesty International Ireland, in the Cornstore, St Augustine Street, at the Galway 2020 Hub from 7pm to 9pm. Speakers include Pippa Woolnough, Immigrant Council of Ireland; Lt Stuart Donaldson, Irish Navy; Luke Hamilton, Irish Refugee Council; and Dr Conor Kenny, Médecins Sans Frontières, who will address some of the responses to the refugee crisis, and explore how human rights instruments can be used to push governments and decision makers to take greater responsibility. Contact Gerri Creegan at [email protected] for more information.